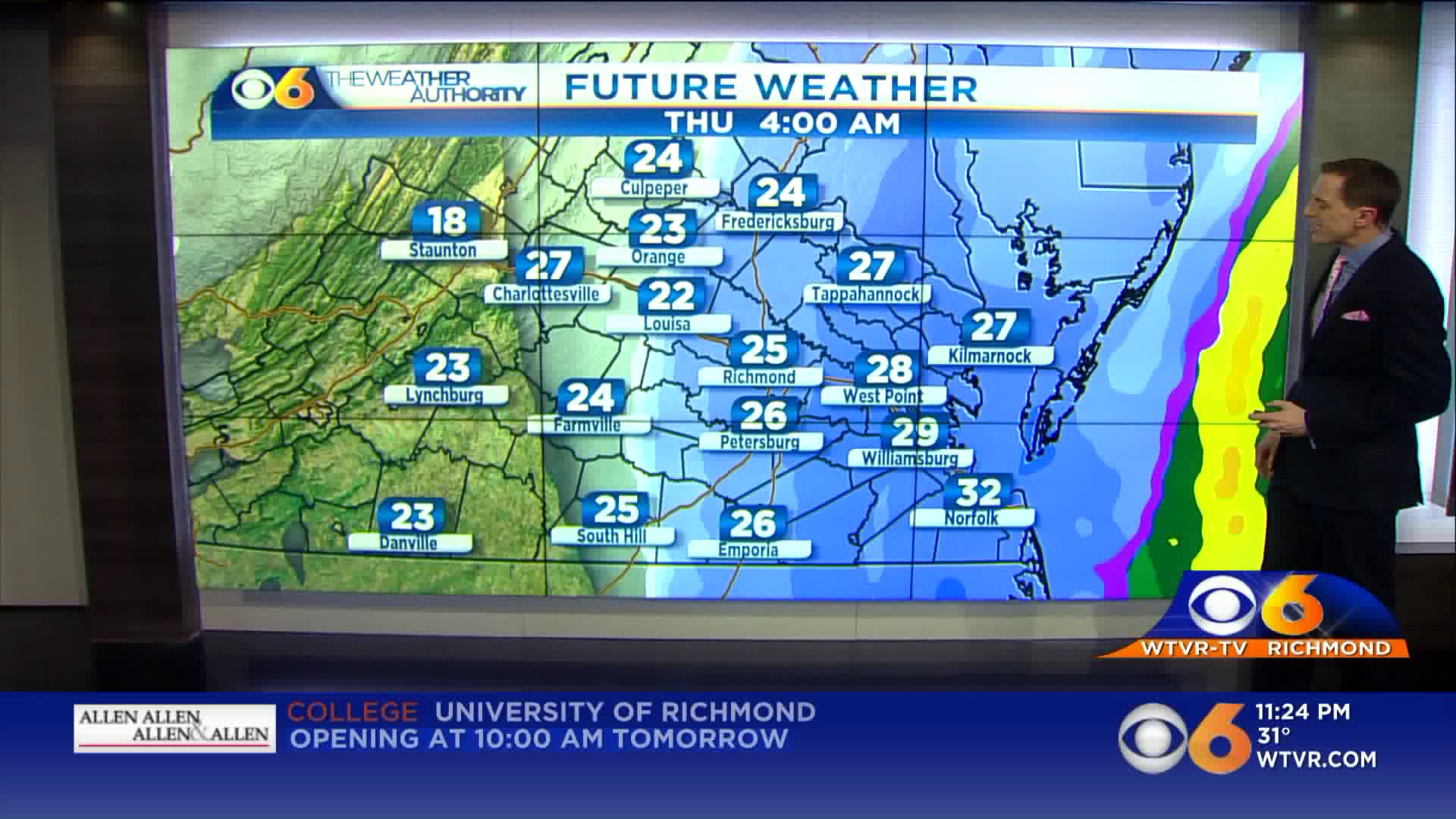 Snow will taper off Thursday morning 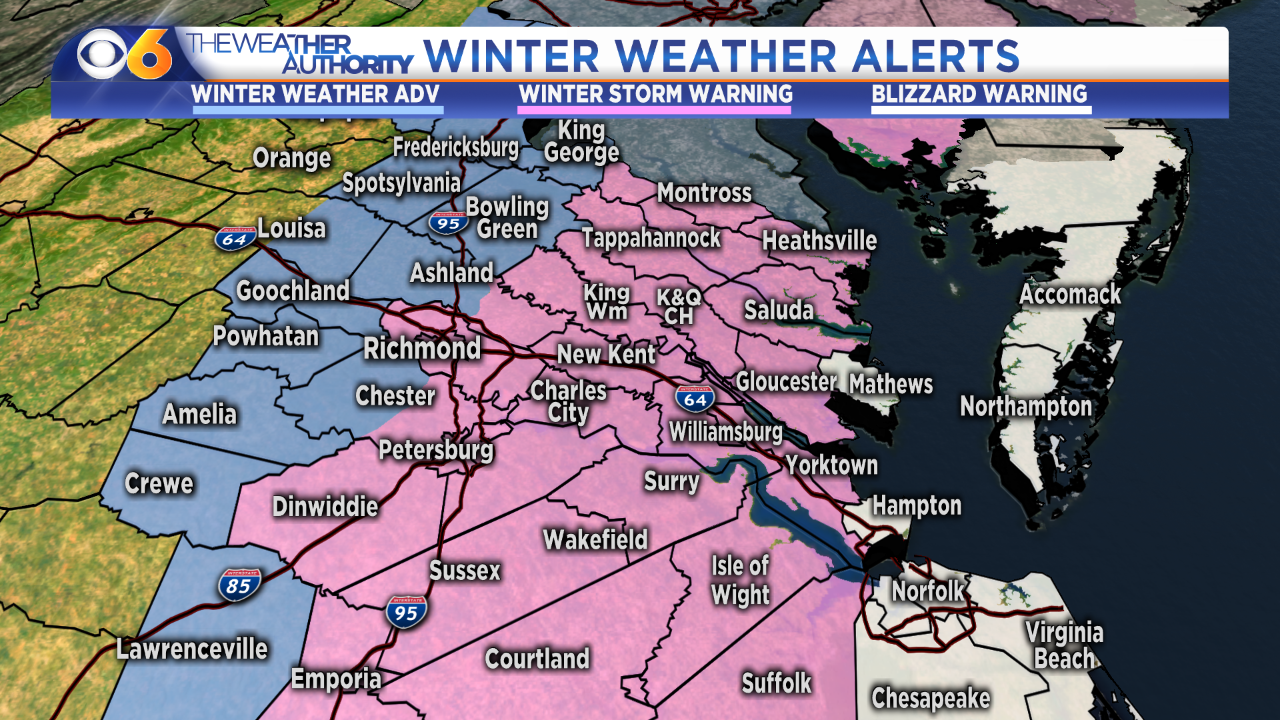 RICHMOND, Va. -- A strong winter storm will move near the Mid-Atlantic coast into early Thursday morning.  This will bring a period of steady snow to the area, especially between midnight and 6 a.m.  Snow will be heaviest near the coast. 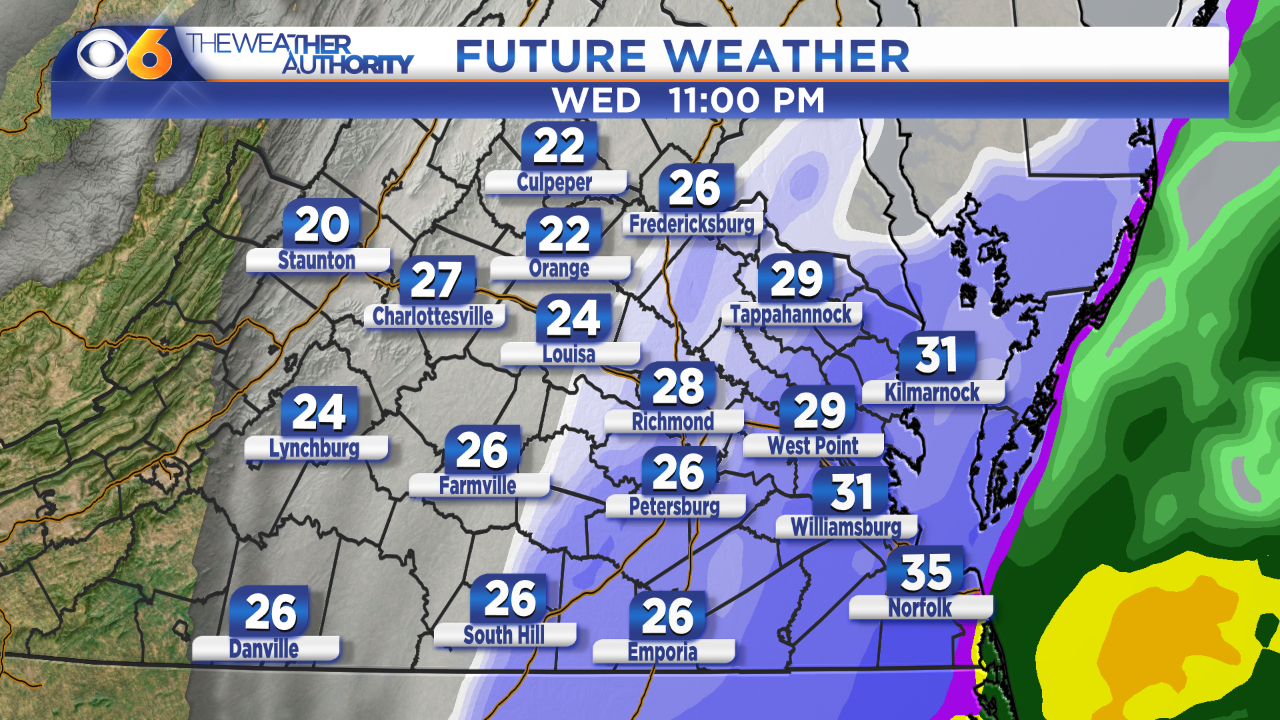 This storm will have a sharp western cutoff of snow, so far western Virginia will see just some flurries or light snow showers.   Across the metro, 1 to 4 inches of accumulation are expected, with the heavier amounts more likely on the east side of the metro.

The Northern Neck and Middle Peninsula will see 4 or more inches of snow, and some locations could see over 7 inches.  Even heavier totals will occur over the Eastern Shore down into Norfolk.

A winter storm warning is in effect for parts of the metro and areas east of Interstate 95.  A winter weather advisory covers locations just west of I-95.  Blizzard warnings are in effect for the Eastern Shore and Hampton Roads, as well as Mathews county.

The criteria for a blizzard depends on wind speed, visibility and duration.  These conditions will not be met across our viewing area.

Gusts will be over 30 mph at times as the storm moves by and exits.  Gusts near the coast may exceed 40 mph.

Behind this storm will be another punch of arctic air.  Highs Friday and Saturday will be in the low to mid 20s and overnight lows will be in the single digits. Wind chills Friday morning will be below zero.

The arctic air will slowly move out of the area late in the weekend, and highs in the 40s should return Monday and Tuesday.