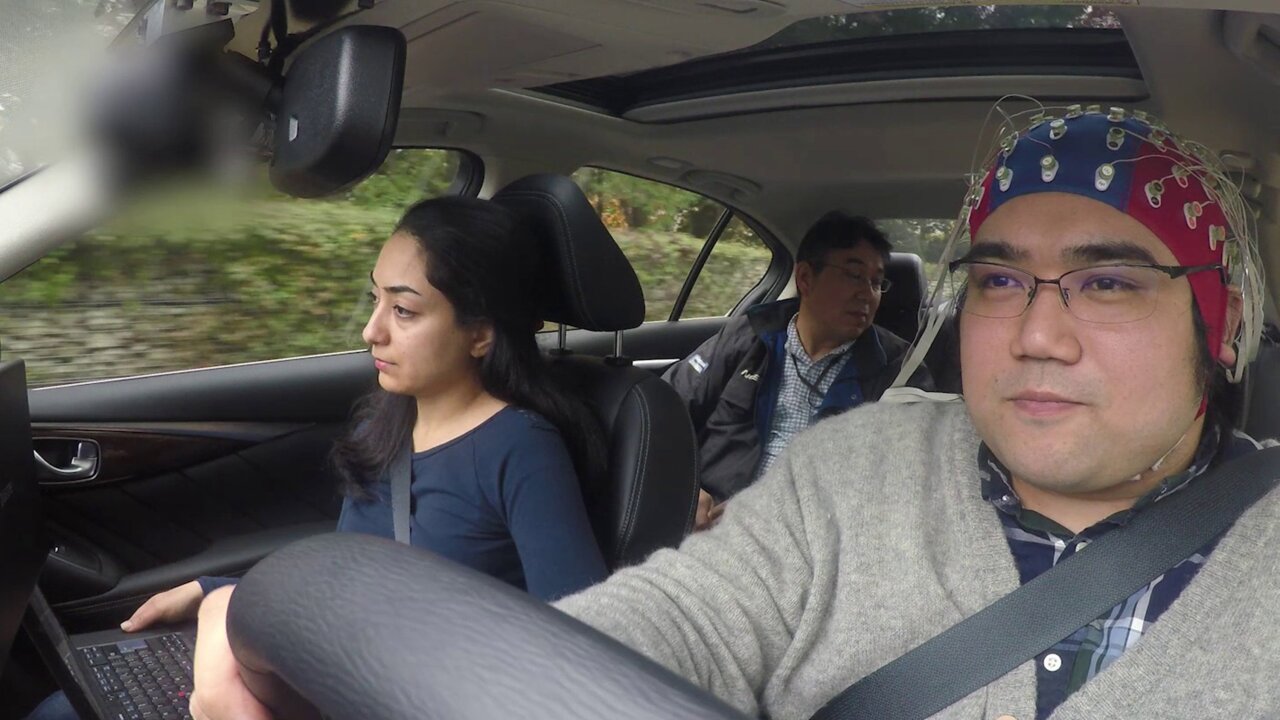 Nissan engineers are working to put your brain back into the process but without, necessarily, involving your hands and feet. Before this technology could be put on the road, the sensor technology would need some improvement.

Lots of companies are working on cars that drive themselves using computers. Nissan engineers are working to put your brain back into the process but without, necessarily, involving your hands and feet.

They’re researching technology that uses brainwave-sensors to detect what a driver intends to do in the next fraction of a second or, in a self-driving car, what he expects the car to do.

In a human-driven car, the so-called brain-to-vehicle technology could shorten reaction times. Sensors could detect, for example, the driver’s intention to slam on the brakes. The brakes could then be applied immediately, even before the driver’s foot has touched the brake pedal.

Researchers are also looking at brain waves when the car does something the driver did not expect. That information could be used to make autonomously-driving cars less unnerving for occupants by having the car behave, as much as possible, the way the driver would.

The technology could also be used to adjust things like the car’s internal temperature and seat positions to automatically make occupants more comfortable.

Research subjects wear helmet-like devices that detect brain wave activity. By reading brain activity, cars can take actions — like turning the steering wheel or braking — up to half a second sooner than the driver could do it on his or her own.

Nissan hopes to have some version of this technology ready for real-world use in five to 10 years, Nissan spokesman Nicholas Maxfield said. Before that can happen, though, both the sensor device — currently a wire-strewn cap — and brainwave interpretation software need to be improved, he said.

Nissan, part of the Renault-Nissan-Mitsubishi Alliance, has been among the most aggressive automakers in pursuing electric and autonomous cars.