Woman thanks Chesterfield firefighters who saved her life 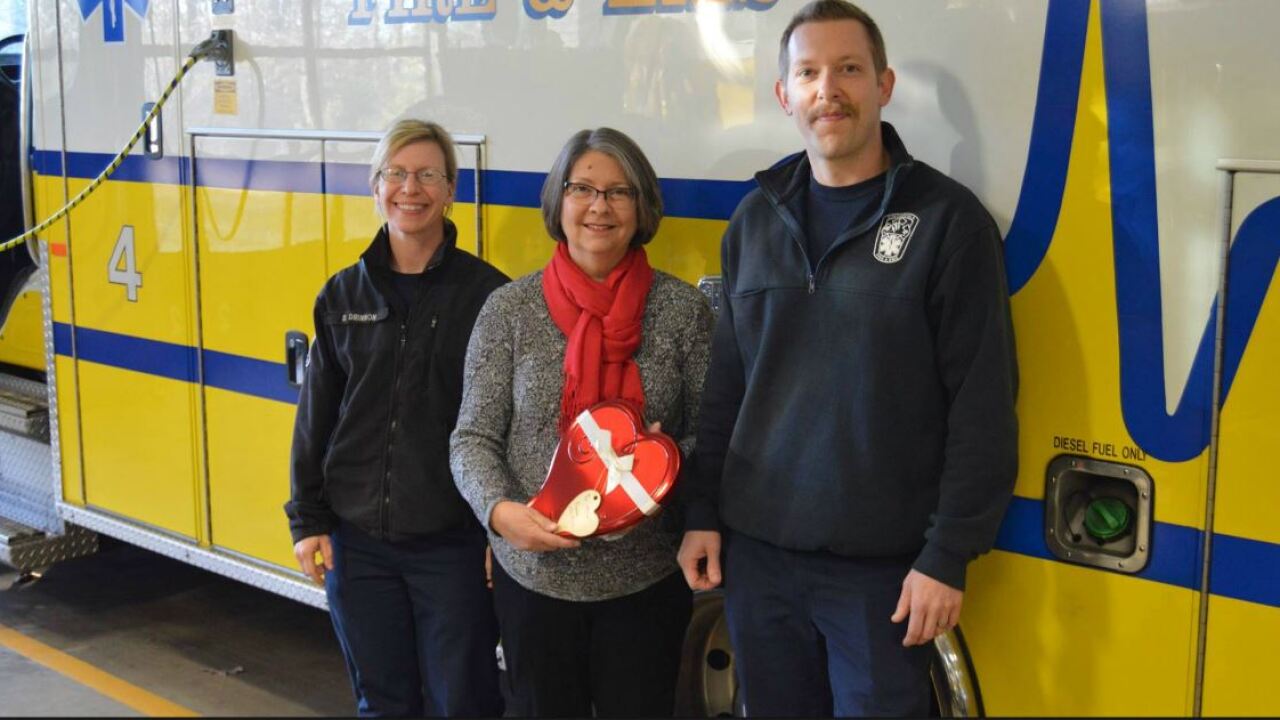 CHESTERFIELD COUNTY, Va. — Chesterfield firefighters Daniel Athey and Danielle Drinnon received a sweet gift in a heart-shaped candy box after they saved the life of a woman with heart problems.

The Chesterfield Fire Department posted images of the happy reunion on its Facebook page.

“On November 21, 2017, Lela Martin was not feeling so good and a neighbor of hers called 911. Firefighters Daniel Athey and Danielle Drinnon responded for what was dispatched as a sick case,” a Chesterfield Fire and EMS spokesperson said. “Immediately, Firefighter Athey realized that Mrs. Martin was having a significant cardiac event. Her heart rate was well over 200 beats per minute and her blood pressure was 60/40. She was in danger of going into cardiac arrest.”

Firefighter Athey decided to shock Mrs. Martin’s heart and it returned to a normal rhythm.

In a letter to the fire chief, she stated,

“Both my cardiologist and cardiac electrophysiologist said that Firefighter Athey did exactly the right thing at the right time,” Martin wrote in a letter to the fire chief. “Daniel saved my life.”