The Richmond monument that was hacked down, stolen and shot 400 times 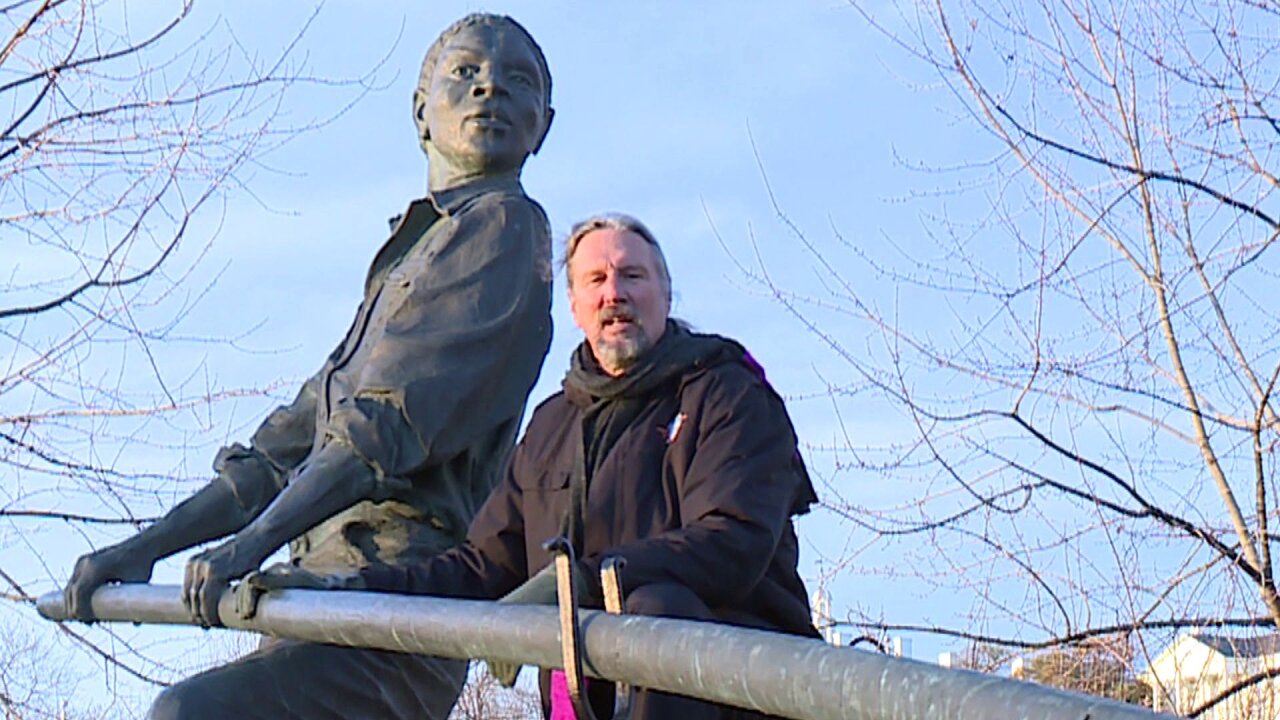 RICHMOND, Va. -- It was almost 30 years ago that one of Richmond’s first works of public art depicting an African-American worker was commissioned.

In May of 1989, a year after it was erected on Brown’s Island, the 10-foot-tall fiberglass depiction of a canal boatman was hacked off at the feet and dragged off.

It was an early work of Richmond-based sculptor Paul DiPasquale’s.

Many of you are familiar with his art, which leans toward celebrating minority accomplishment. He sculpted Arthur Ashe on Monument Avenue and prominent civil rights attorney Oliver Hill Sr. He’s also the artist behind popular sculptures of King Neptune and Jimmy Dean.

Almost brand new to Richmond 30 years ago, the project excited him greatly, even if the commission was just $15,000.

“The Headman project really peels back a part of history of Richmond that people still aren’t aware of,” DiPasquale said this week. Many of the boatmen - called headmen - who steered and poled and oared the barges and boats through Richmond’s canal system were freed blacks, along with indentured workers from Ireland and England, he said.

“That was what got me interested in the commission,” he said, “which was to honor the black contribution to the success of the canal system.”

The pilfered sculpture was missing for almost five months. Racial animosity was a suspected motive.

It was found October 6, 1989 by a Hanover County sheriff’s deputy.

“They found it in a Hanover quarry where people go out to practice shooting washing machines and hot water heaters and 10-foot statues of black men, apparently,” DiPasquale recalled.

“It had, according to the police, over 400 bullet holes in it,” he added. “That relic is still in storage at the Black History Museum. And my understanding is they show it to visitors every once in a while and tell them the story.”

The vandalism and theft were never solved.

“But the outrage was such that $25,000 was raised to cast in bronze,” DiPasquale said. He had the pleasure of redoing the sculpture and seeing it installed better than the first time.

The statue and the boat it stands in has recently been refurbished. “The Headman” stands as proudly, as sturdily, as ever.

The mystery of who took it and why remains as well.

If you can solve it, please give me a call or send in a tip.

The Headman will thank you.