Man murdered wife before shooting at police, shooting himself on I-95 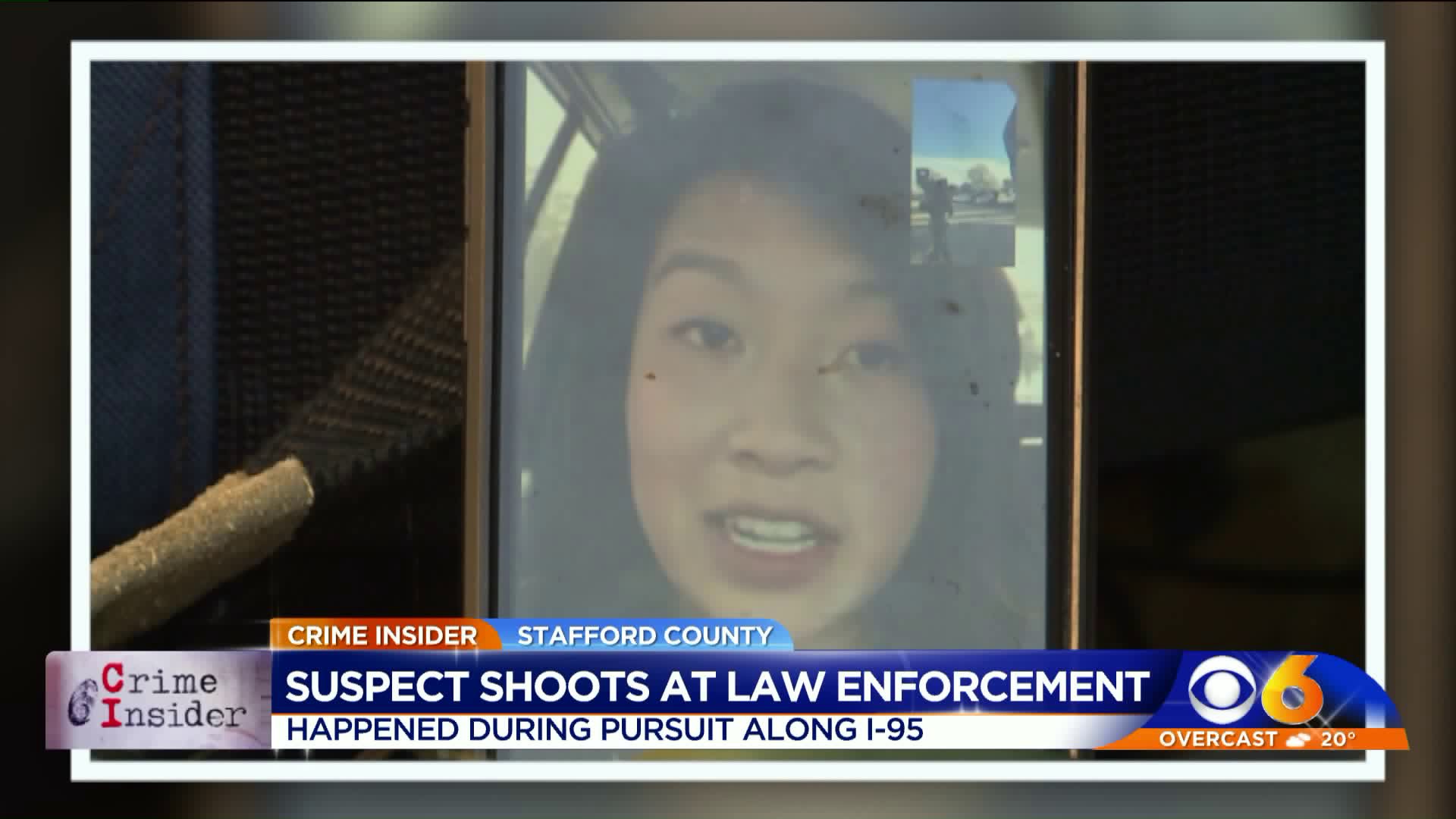 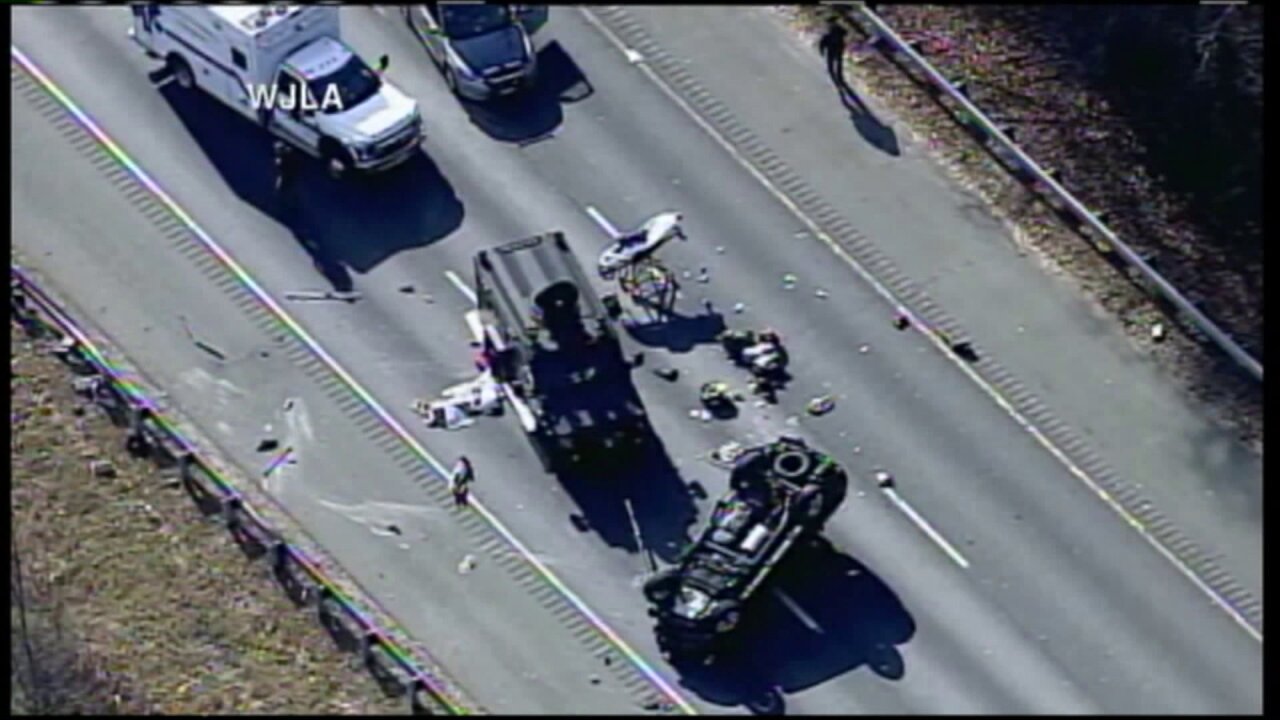 STAFFORD COUNTY, Va. -- Authorities said the man who allegedly opened fire on a Virginia State Police trooper and a deputy on I-95 in Stafford County Thursday, who was also wanted in connection with a domestic-related fatal shooting earlier that morning, died Friday morning.

Stafford County Sheriff’s Office Public Information Officer Amanda Vicinanzo identified the man as 42-year-old Gregory Lee. Officials said the suspect that when they extracted Lee from the vehicle after a crash on the interstate, they found a gunshot wound to his head.

Vicinanzo said the string of deadly events first began when deputies were called to a domestic-related shooting  at England Run North Apartments on Heron Drive at 11:24 a.m.

"Upon arrival, deputies observed a woman with three gunshot wounds to the chest. The woman was pronounced dead at the scene," Vicinanzo said.

The woman was identified as 36-year-old Melissa Dee Lee.  She resided at 15 Heron Drive and was married to Gregory Lee.

After the shooting, deputies learned the adult male suspect had driven away in a black SUV. A "Be On The Lookout" alert was issued by deputies and Trooper Z.G. Torrance spotted the suspect’s vehicle heading north on I-95.

"When he attempted to initiate a traffic stop, the suspect fired multiple shots at the trooper," Vicinanzo said. "One bullet penetrated the windshield of the trooper’s vehicle, narrowly missing the trooper, and became lodged in the driver’s seat."

Vicinanzo said that when a Stafford deputy joined the pursuit, the suspect leaned out of his window and opened fired.

"A bullet penetrated the windshield of the deputy’s vehicle and narrowly missed the deputy," Vicinanzo said. "The bullet was later found lodged in the driver’s side headrest."

The trooper stopped, then sped up to chase the fleeing suspect. At that point a driver rear-ended the trooper’s cruiser and set off another accident where an SUV hit that car.

That SUV was driven by CBS 6 reporter and producer Amy Vu.

“I’m on vacation and I was coming home to see my family,” Vu said. “And it’s just crazy how you’re driving home and everything is normal. I’ve driven on 95 so many times and all of a sudden you’re thrown into the middle of just this crazy story. And I feel very lucky that nothing worse happened...”

The trooper and deputy were not hurt. Neither fired their weapons during the pursuit.

Officials said the suspect later crashed into a guardrail, which caused the vehicle to flip upside down and land in the interstate's northbound lanes. 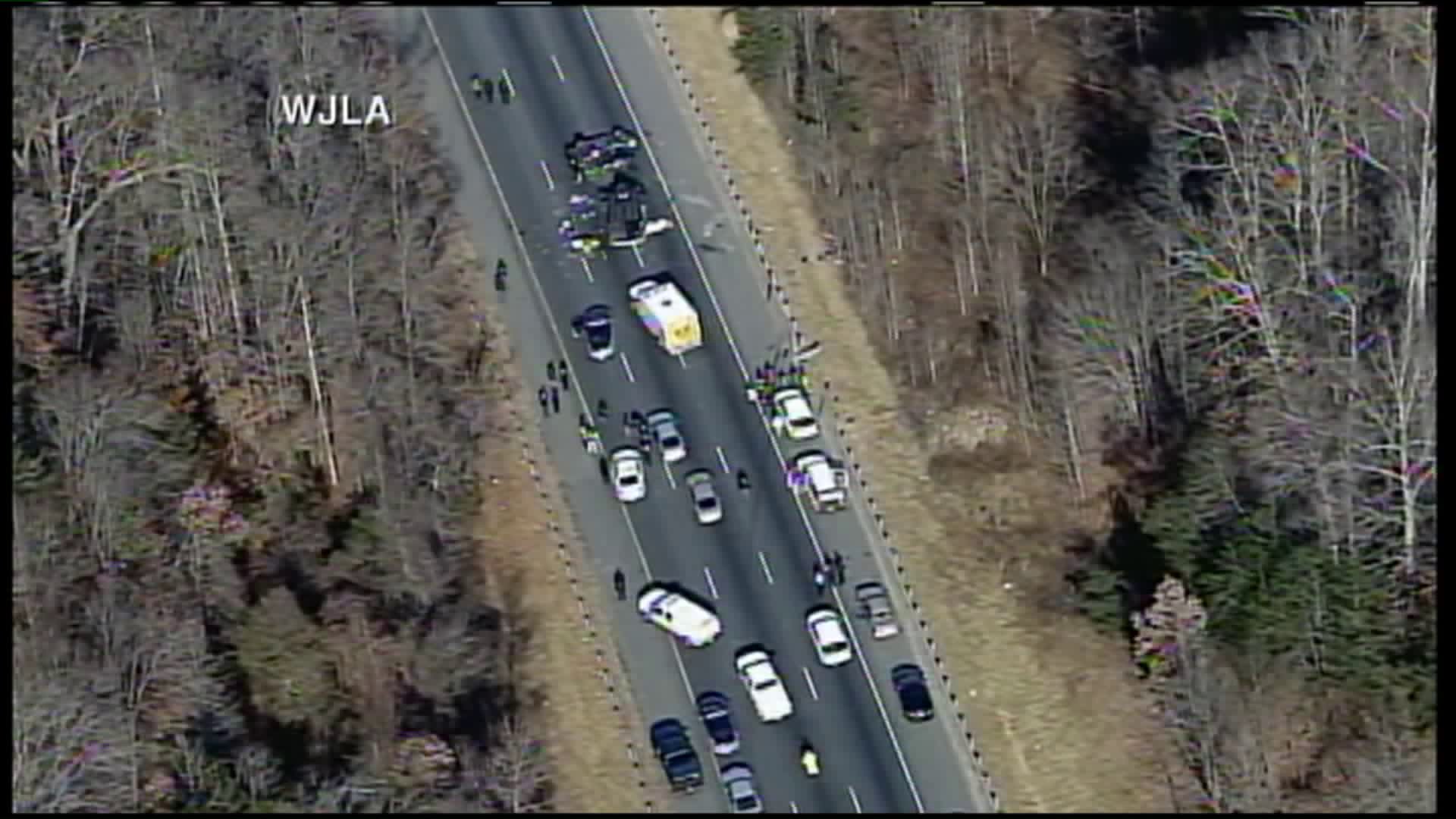 "When the suspect was extracted from the vehicle, law enforcement observed what appears to be a self-inflicted gunshot wound to the head," Vicinanzo said.

The suspect was flown to Fairfax Inova Hospital with life-threatening injuries, and he was pronounced dead on Friday.