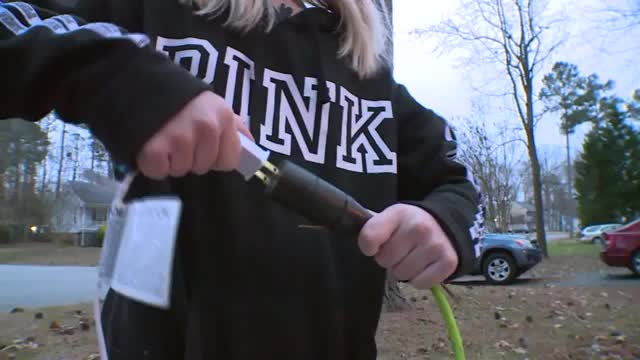 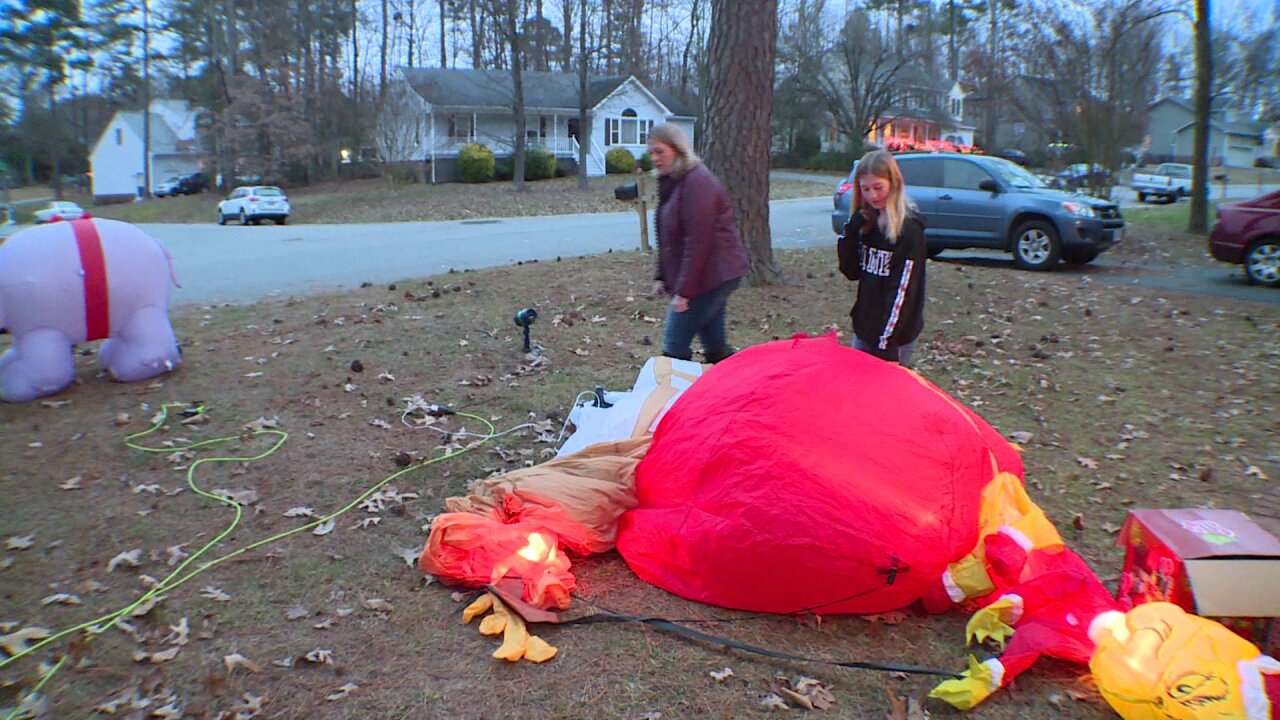 MIDLOTHIAN, Va. -- A Chesterfield mother has issued a warning to families in her Deer Run neighborhood.

Watch out for vandals out destroying Christmas decorations.

"I just think it's extremely bold and brazen as well as mean," Alison Houston said. "Most people are doing kind things for others at Christmas."

The mean thing, according to Alison, was that someone slashed her 12-foot inflatable Grinch that once stood on her lawn.

"This Grinch inflatable cost $200 and it's only at Lowe's," she said. "It's not replaceable. They don't even have anymore."

Once Alison posted her warning on Facebook, she said she learned she was not alone.

"Sure enough another neighbor, maybe three quarters of a mile away, checked and she had several slashes as well," Alison said.

Alison was not able to provide police too much information, but said she believed the culprit got away on foot and did not use a vehicle.

Despite her disappointment, Alison said she would not let the vandalism ruin her family's Christmas.

"Christmas will still go on," she said. "[We'll] celebrate the birth of Jesus, but I am heartbroken."