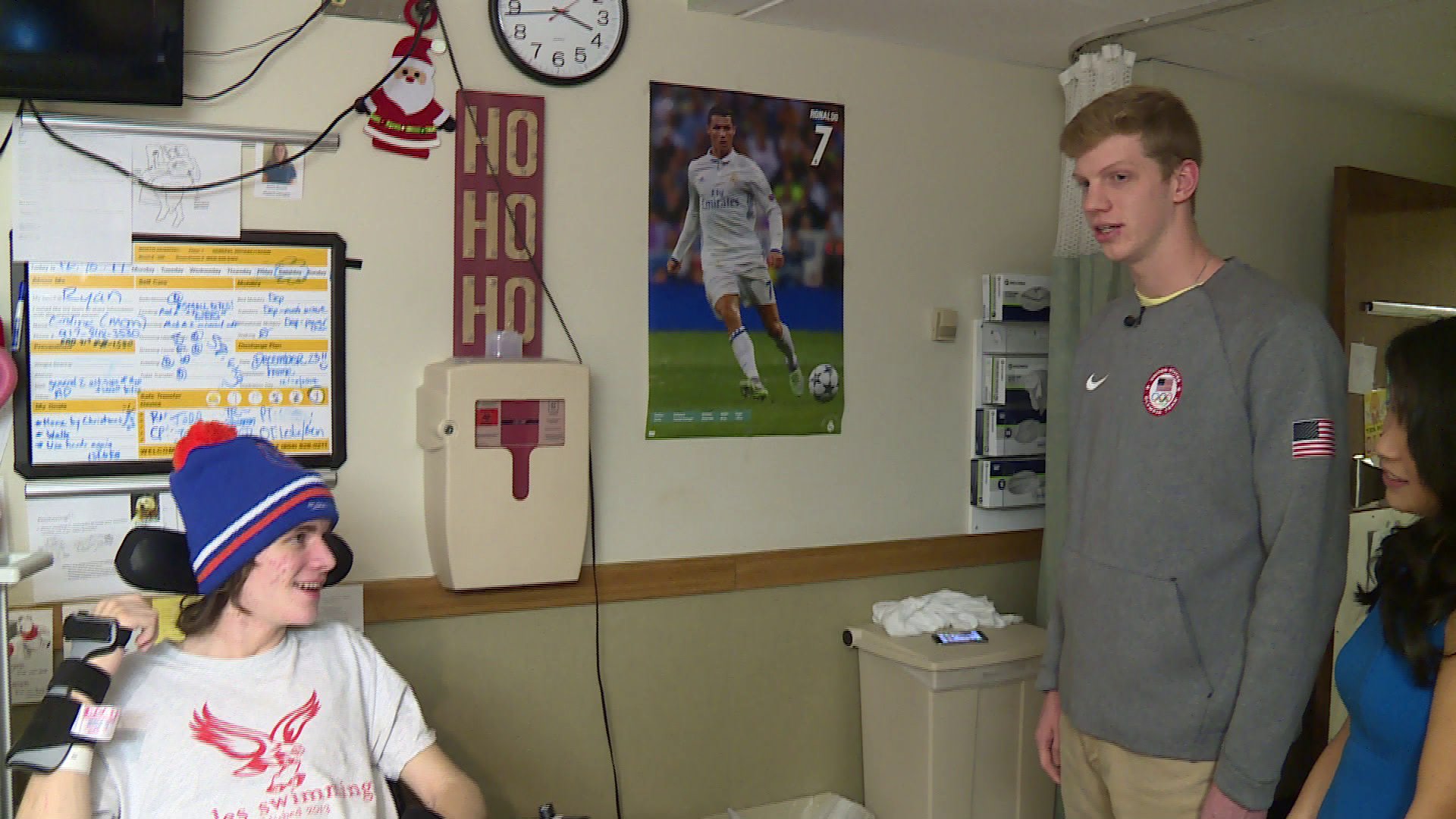 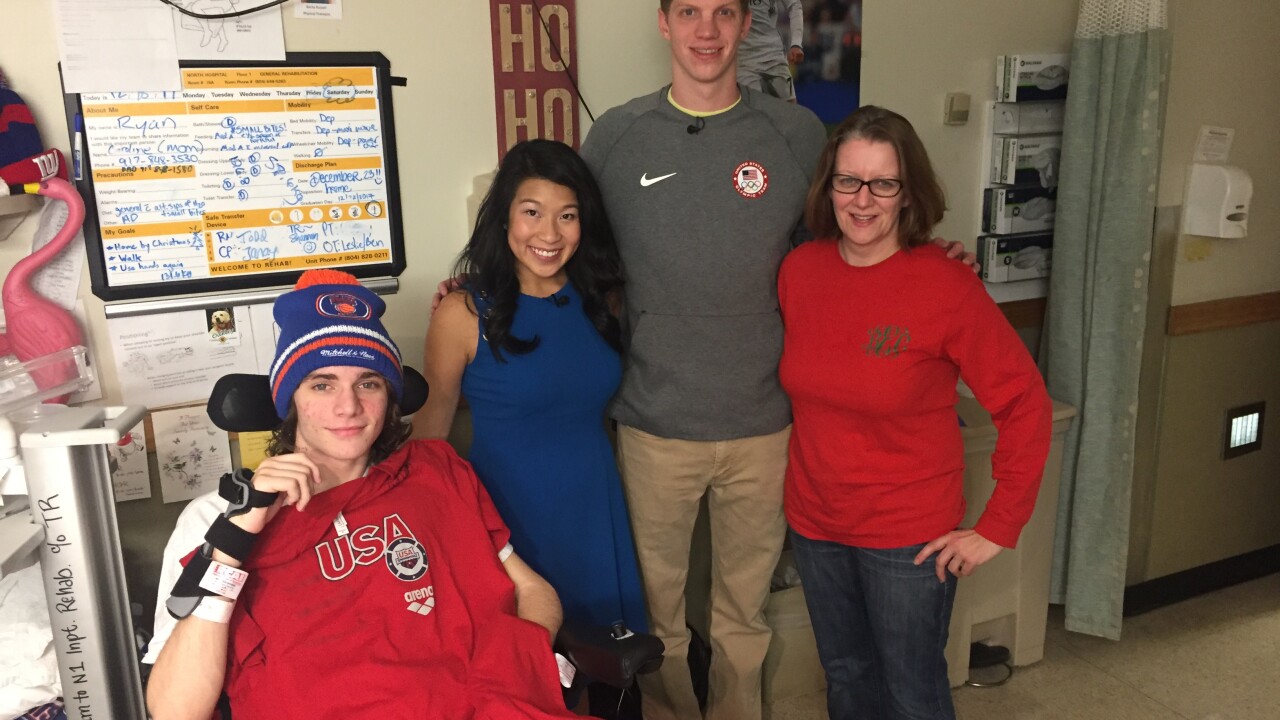 RICHMOND, Va. -- As Godwin High School student Ryan Estrada continues to recover from a car accident that left him paralyzed, Amy Vu used her Month of Giving opportunity to surprise Ryan, and his mother Caroline, in the hospital.

"Ryan is a big New York Giants fan, so we gave him a signed Evan Engram jersey (Engram plays football for the Giants) and a VISA gift card to spend," Amy said. "We also gave Mom a gift card because she deserves it."

But the biggest part of the surprise was that Olympic gold medalist and Henrico native Townley Haas stopped by to visit. Haas was on the winning 4x200m freestyle relay team with Michael Phelps at the Summer Olympics in Rio last year.

"Townley (who was home from college for winter break) brought a signed Team USA swimming shirt for Ryan," Amy said. "Their families knew of each other because of NOVA swim club (Townley and Ryan's older brother were both on the team). Swimming is significant to the story because Ryan’s swim season at Godwin High School started the day of his accident."

"According to the family's CaringBridge page, he told Mom afterwards that it was one of the best days he'd had so far," she reported.

Ryan was discharged from VCU Medical Center last Friday, so he is spending Christmas at home.  That was one of his goals while he was in the hospital.  His next goal is to walk again within six months.

The CBS 6 Month of Giving is possible due to a partnership with Union Bank and Trust. All we ask is that the recipients pay it forward one day.

Watch CBS 6 Month of Giving segments each day or catch up online.