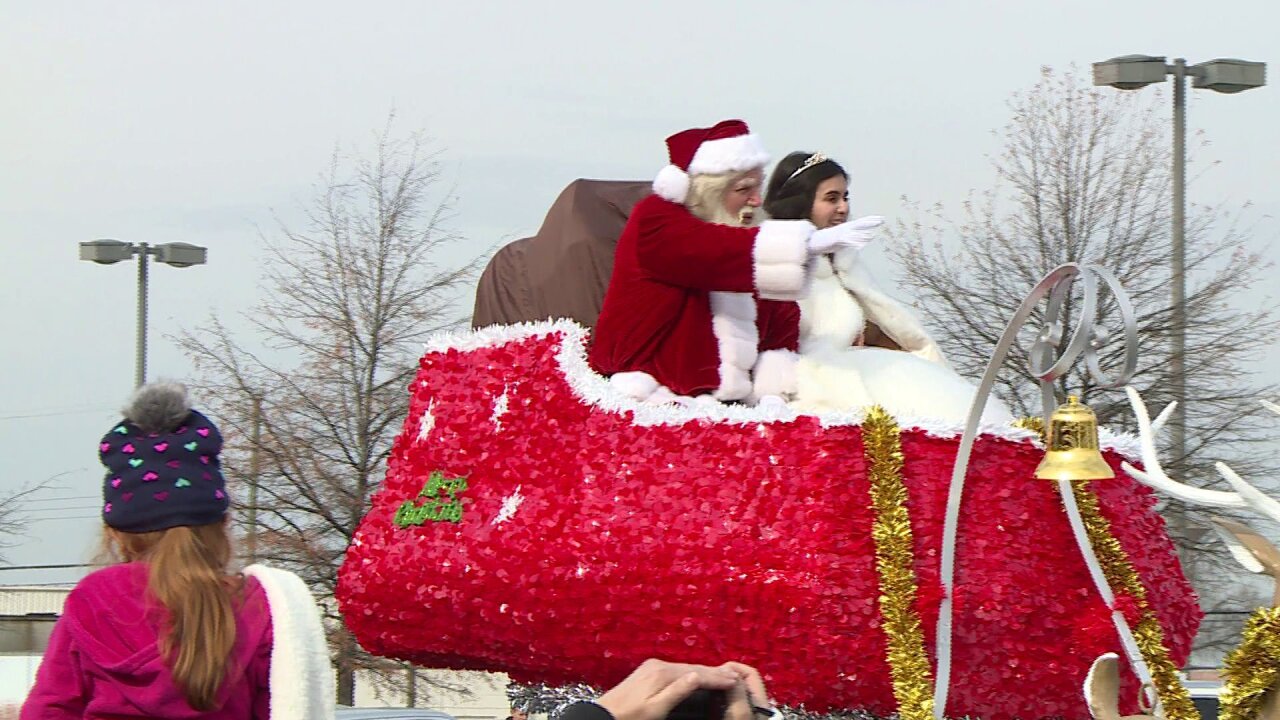 RICHMOND, Va. — Wake up Christmas morning, open presents, then gather around the television for a re-airing of the Dominion Energy Christmas Parade.

The parade re-broadcast begins at 9 a.m.

Thousands flocked to Broad Street in Richmond earlier this month for 34th annual parade which marched down Broad Street between the Science Museum of Virginia and 7th Street.

The theme of this year’s parade was “Christmas Around the World,” in honor “Hidden Figures,” the New York Times bestseller and award-winning movie about three African-American female NASA mathematicians who research helped make early spaceflight possible.

The parade, which was broadcast LIVE on CBS 6 and streamed on WTVR.com, will re-air on Christmas Day from 9 to 11 a.m. on CBS 6. [CLICK HERE to watch the entire broadcast on the WTVR CBS 6 Facebook page.]

The parade attracts tens of thousands of people from across the state and thousands more tune in for the TV and online broadcasts.

Driving our float (the backyard weather center garden) — our friends from #ColesvilleNursery ! Check out the pup in the rear view mirror! #RVAParade2017 @CBS6 pic.twitter.com/Xa55O9JpRV

Spot the Rogue One!:-) May the EMS be with you. @CBS6 @DomEnergyVA pic.twitter.com/FHf3SvUOEr