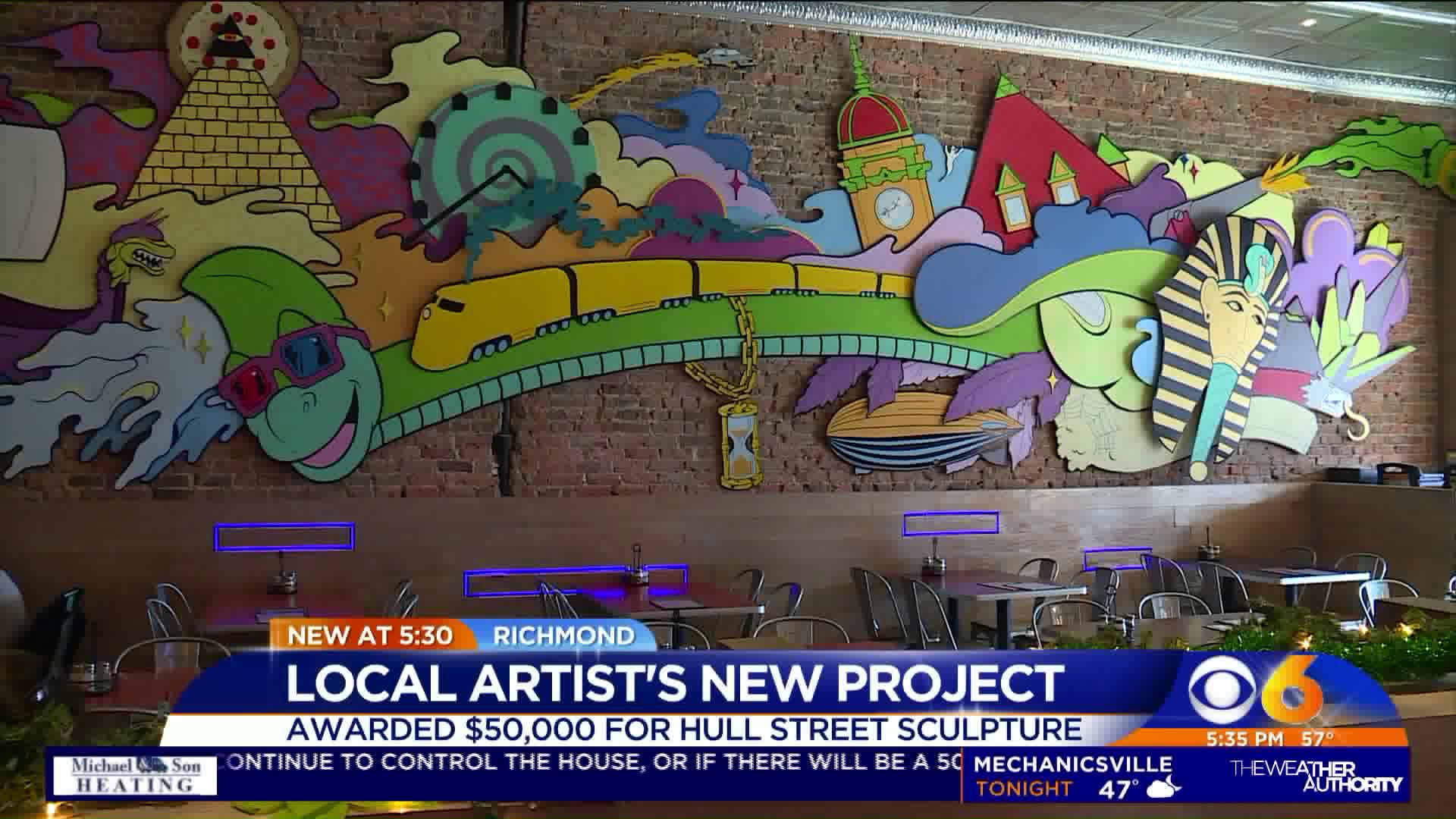 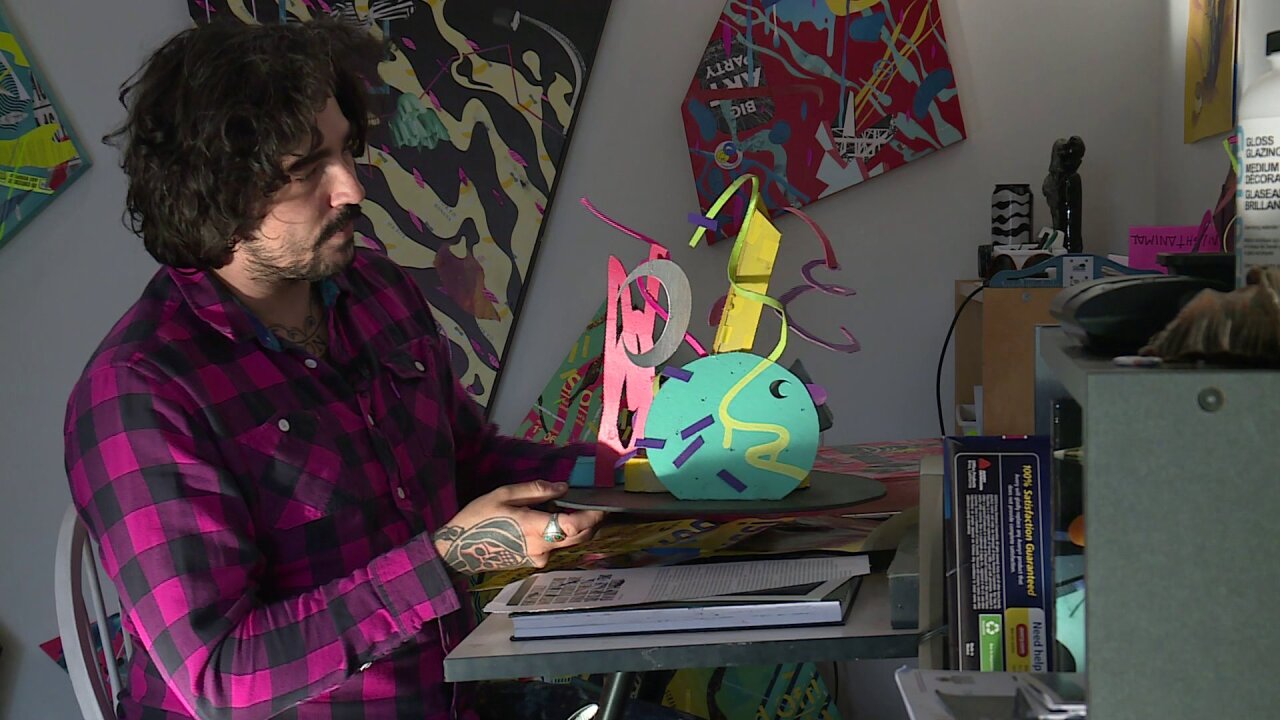 RICHMOND, Va. -- You may not know artist Mickael Broth by name or face, but perhaps you've driven by, live below, or have even eaten at a popular Carytown restaurant, featuring one his pieces.

“Most people know the work at Mellow Mushroom. It's a very cartoony illustration. It has a lot of connection with history and local culture,” said Broth.

Some of his other work includes a large mural of Bernie Sanders, along Broad Street in Scott’s Addition.

Now Broth is moving to a new genre thanks in part to the Richmond Public Art Commission.

This week the department awarded Broth a $50,000 commission for a sculpture he calls “Perfect Bound.” It will sit at the Hull Street Branch Public Library.

"The call for art really wanted something unique and engaging with bright and vibrant colors to draw people in and Mickael's work has been reflective of that," said Ellyn Parker, Richmond's public art coordinator.

"The idea of opening a book and all of the fantastic and crazy places it can take you," said Broth.

The former graffiti artist has a unique story in his own right. Broth was arrested and served 10 months in jail for tagging a railroad bridge on I-295 Hanover County back in 2004.

Today, his work is now sought after. A thought Broth appreciates. 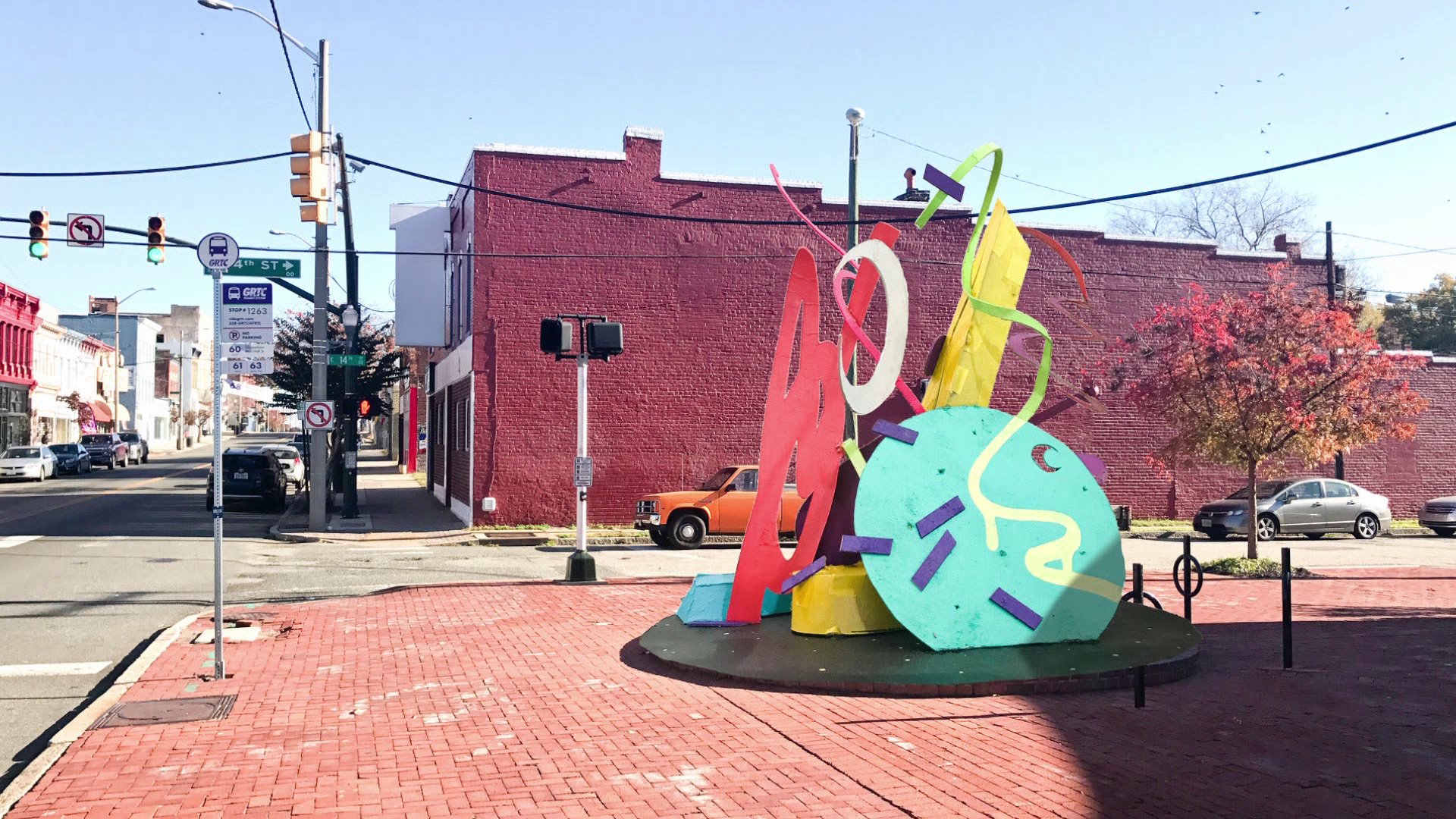 "I want to be a positive member of the community. To create things that people benefit from in some way,” he added.