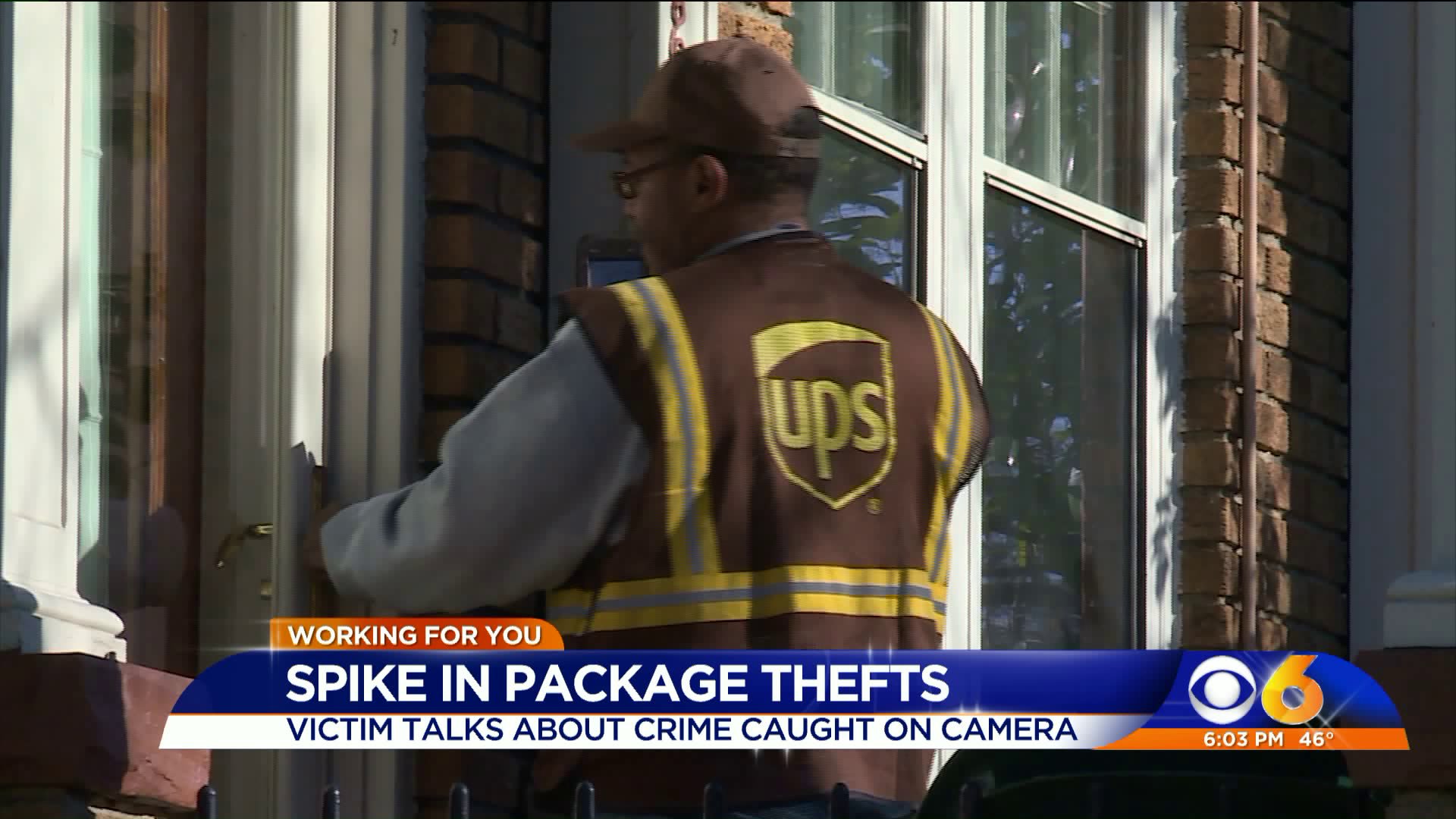 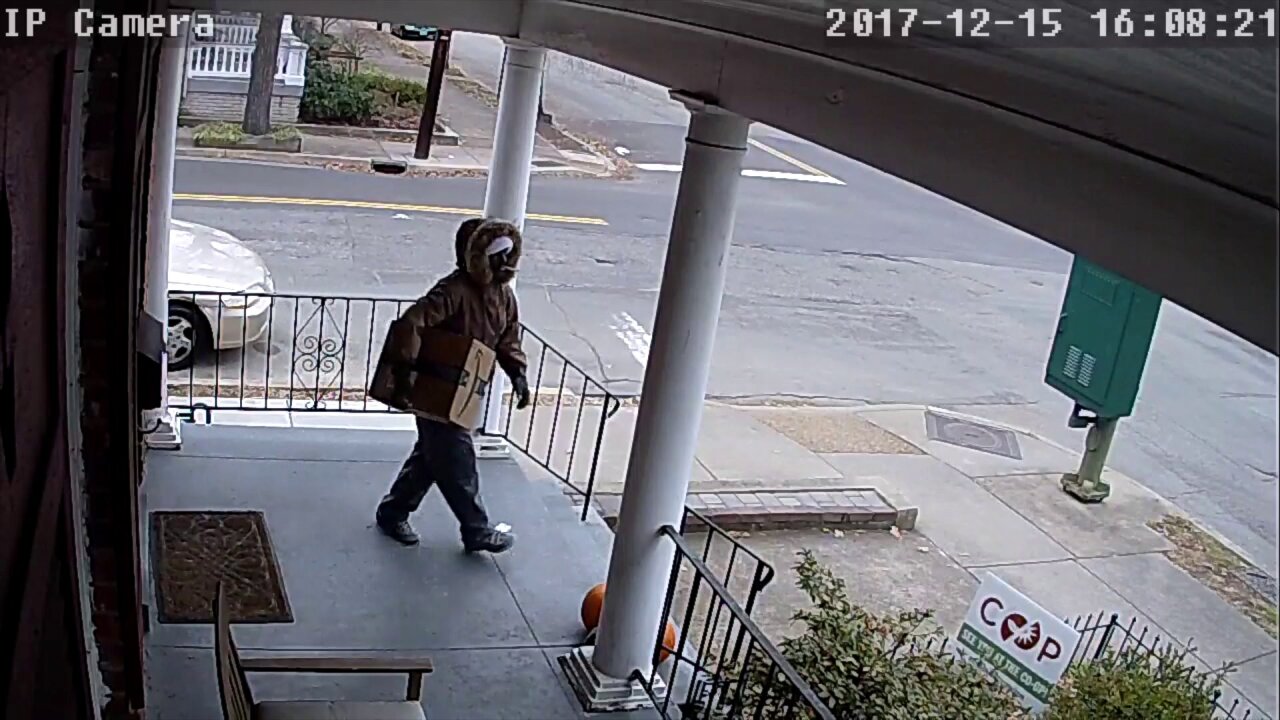 "It's always disconcerting to see,” said Preisner. “You do understand that people fall on hard times, you want to give them the benefit of the doubt.”

It was not the first time thieves have targeted Preisner's property.

"I think it's because it's a corner house. It's very easy access to see from two sides of the sidewalk and even across the street,” said Preisner.

Richmond police are searching for the culprit captured on surveillance video.

"The video actually shows the person sitting there for a few seconds to make sure everything was clear before they took the package,” said Preisner.

Preisner said Amazon was able to replace the package.

Both Richmond and Chesterfield police said they generally see an increase in package thefts around the holidays. But they say it's hard to say by how much, because package thefts are part of larceny crimes.

However, Chesterfield reported there were 21 package thefts this year compared to 19 in 2016.

"I'm glad that we do have the security camera now because we were able to see what happened to our package actually,” said Preisner.

So, when you order that next gift - don't leave packages unattended, consider delivering them to a workplace and require a signature.

"We've put the sign out now, ‘under surveillance.’ Hopefully, that will deter people from taking packages and kind of remind people not to take others’ things," she added.

If you’re ordering from Amazon, the company launched a program in 2011 that allows customers to pick up their packages at a locker. You can call ahead to set that up.