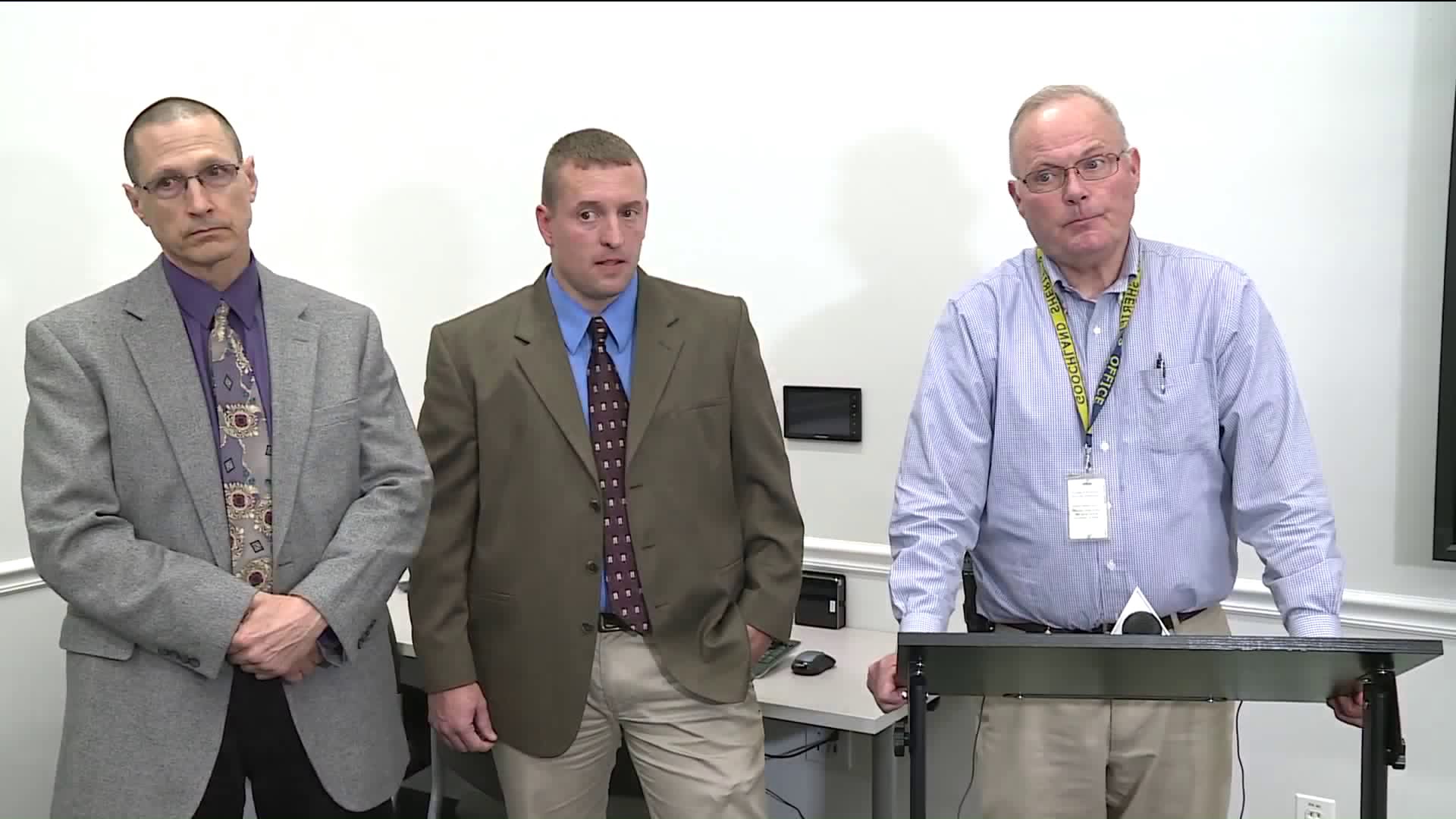 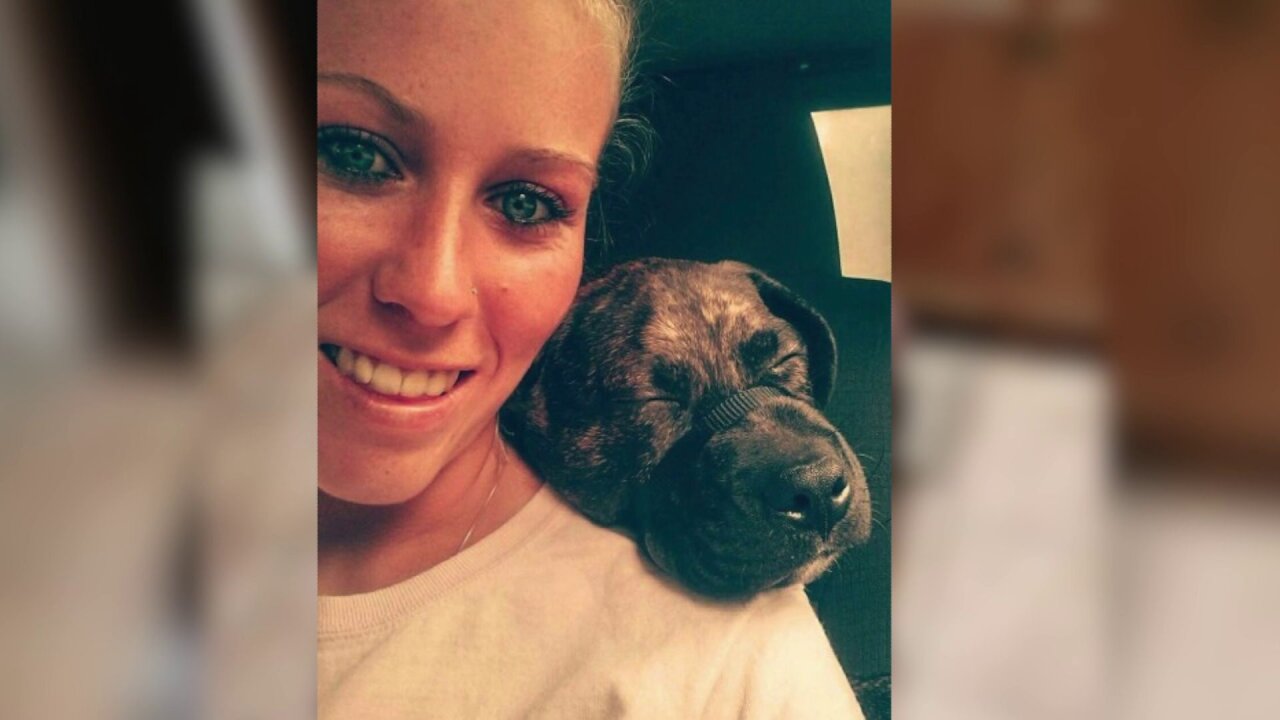 There are graphic details below that could be hard to read

GOOCHLAND, Va. – A longtime trainer who knew the two dogs that investigators said mauled their owner to death is baffled and shocked that the pets could be capable of the deadly attack. The dismembered body of 22-year-old Bethany Lynn Stephens was discovered Thursday evening in a wooded area outside of her family farm in Goochland.

In a press conference Monday, Goochland sheriff James Agnew reaffirmed his confidence in his investigation and the conclusion that Stephens was mauled by her own dogs.

“Let me cut right to the chase, the most important detail that we did not release because we were worried about the well-being of the family is that in the course of trying to capture the dogs early Friday morning...we turned and looked…I observed, as well as four other deputy sheriffs, the dogs eating the rib cage on the body,” Agnew said.

Afterward he shared pictures of the scene with journalists, which showed how much of the body had been dismembered. Her right breast was missing, there was a shallow bloody cavity where it should have been.  Her arms had no skin on them and a huge chunk of the center of her face was eaten. Stephens was completely naked other than a boot on one foot the other was near the body.

Stephens' worked for trainer Tori Trent, who knew the male dogs Tonka and Pac-man since they were pups. They were from the same litter and were around two and a half years old. Stephens adopted Tonka at eight weeks old and friends said she later adopted Pac-Man from a home that was abusive.

"They were both very passive dogs,” said Trent, owner of Tori's K-9 Adventures, who said she came into contact with the dogs often when Stephens brought them to work. Trent described the dogs as very friendly and sociable.

"She brought them back and forth to work every day and in that time, they came across hundreds of other dogs and people," Trent said.

That shock and disbelief is shared by Stephens’ best friends, who say the dogs were like her children.

The Goochland County Sheriff  released new information Monday as he sought to quell rampant speculation about the 22-year-old woman's gruesome death. Stephens’ body was discovered by her father Thursday evening in a wooded area of Goochland.  After an avalanche of phone calls and social media, Agnew cleared up several previously made statements and offered  some gruesome details after a long discussion with Stephens’ family.

There was a person considered to be a threat to Stephens, though Agnew emphasized that he does not think her death was foul play. Investigators had CAT scans and X-rays done prior to the autopsy to rule out homicide; there were no broken bones or signs of strangulation. Her cellphone was found in half with bite marks on it.

“We had a number of witnesses came forward and we were able to put a time frame together and people’s movements together and they don’t fit with that particular narrative,” Agnew said of the numerous claims that foul play was involved. “Having said that, we are still following up on those; we are still doing forensic tests.”

The medical examiner also concluded with “complete certainty that there was no sexual assault involved.” Stephens was on her menstrual cycle and had a tampon in place which is part of how they determined she was not sexually assaulted.

Stephens left her fathers house with the dogs on Wednesday afternoon, and her body was found around 8 p.m. Thursday. A neighbor later  told investigators that she heard screams in the woods around 4 p.m. Wednesday, but brushed it off.  Stephens was found after three friends couldn't reach her. Her dad answered the door and said he had assumed she was with them. That is when they started searching the woods where she would walk the dogs.

“There was no evidence of any larger animal there,” Agnew said in response to the widespread belief that perhaps Stephens was attacked by a wild animal, possibly a coyote or bear.

“The medical examiner…made it pretty clear that it was not a large animal, because the bite wounds didn’t puncture her skull,” Agnew said. “There were also scratch marks consistent with a smaller animal than something like a bear.”

Investigators will analyze excrement from one of the dogs that appeared to have "fibers" in it.

One dogs had a significant amount of blood around neck and collar, the sheriff said.

A man who used to work with Stephens at a dog training facility said she was very experienced working with animals, and loved her dogs.

Although Dr. Amy Learn, a veterinarian at Cary Street Veterinary Hospital, did not know Stephens or her dogs, she said that "dogs don't typically just out of the blue attack their owners, so there is typically some kind of provocation."

Everyone has said the dogs were socialized, passive and had a significant bond with Stephens.

Sergeant Mike Blackwood said that multiple police departments contacted their office over the weekend to share information on similar attacks.

He offered background and said the dogs were a “little bit neglected towards the end of this.” Stephens left the dogs with her father, and Blackwood said; “he wasn’t taking care of them – it wasn’t his responsibility.”

The dogs, who were indoor dogs, were moved out to the kennel where they stayed "in the cold."  Blackwood said that with Stephens coming home maybe five times a week, the dogs became more isolated and only had contact with each other.

“We did hear from the medical examiner that Ms. Stephens was in her menstrual period,” Agnew said when asked, but he emphasized he doesn’t think “there is any way definitively that we can say what caused the attack.”

The sheriff recommended that the dogs be put down and the family gave their permission. The dogs were euthanized at 11 a.m. Saturday. The animals are being preserved and the Attorney General’s office has offered to help them find a lab to run toxicology on the animals.

The toxicology report on Stephens will be complete in about 90 days.

“What I observed personally, it was in the community’s best interest,” Agnew said. “Once a dog tastes human flesh it is not safe to have that dog around humans.”

***A previous version of this story implied that Tori Trent trained the dogs. That has been updated to reflect that Bethany Stephens worked for Trent, and that Trent knew the dogs well.