Uber has more work to do winning over drivers 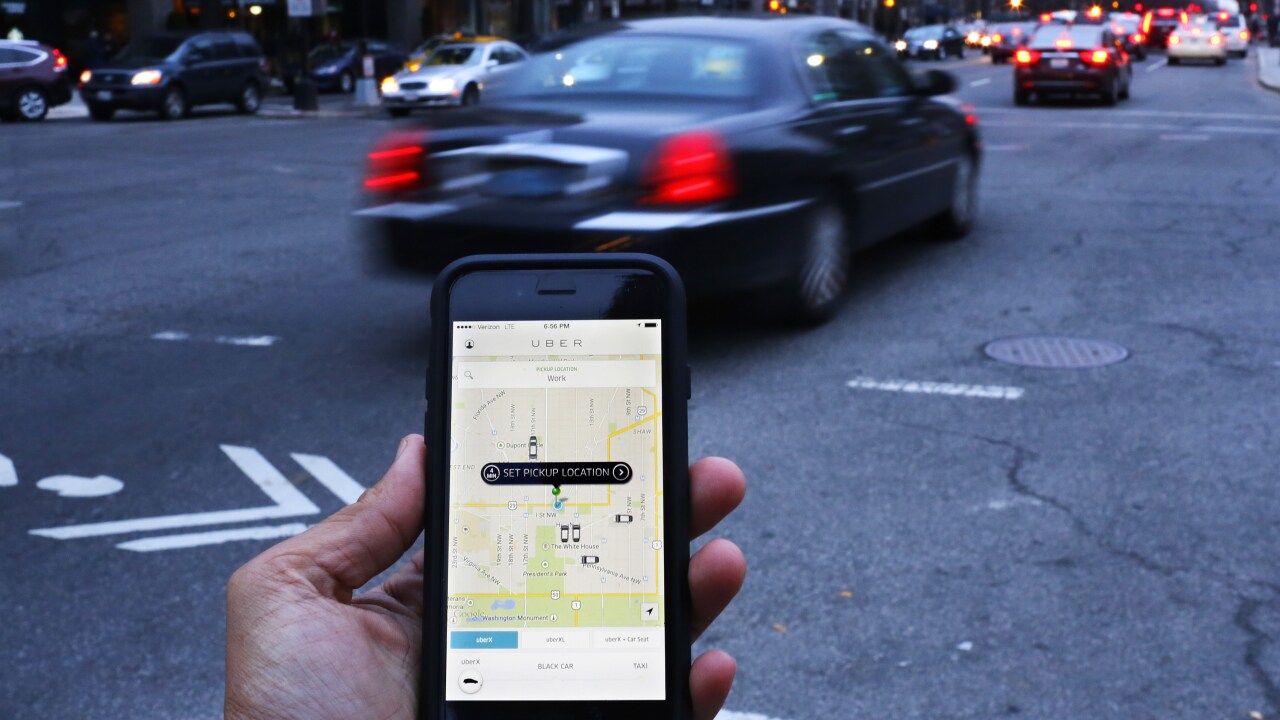 An UBER application is shown as cars drive by in Washington, DC on March 25, 2015. Uber said it was ramping up safety in response to rape allegations against a driver in India and growing concerns about background checks for operators of the popular ride-sharing service. In other cities where Uber operates, critics had complained that a lack of licensing and background checks of drivers could imperil those who use the service. AFP PHOTO/ ANDREW CABALLERO-REYNOLDS (Photo credit should read […]

Uber has spent the past six months trying to court its drivers, who aren’t always the company’s biggest fans.

In June, Uber rolled out 38 new features as a part of a “180 Days of Change” pledge to make improvements for drivers.

That was a week after founder and CEO Travis Kalanick was pushed out following a series of PR crises, including a high-profile sexual harassment investigation and an exodus of executives.

Uber says it has 2 million drivers globally and 750,000 in the United States. They are the backbone of the company, which is valued at $70 billion. But drivers have grown discontented by some of the company’s business practices.

Some drivers said they felt duped by marketing efforts that pushed unattainable potential to make big bucks. (Uber agreed to pay $20 million to settle a lawsuit with the Federal Trade Commission for allegedly misleading drivers.)

Among the new features introduced since June are a 24/7 hotline for drivers, payment for the time drivers spend waiting for fares, and changes to the app to make it easier for customers to tip.

The promise of the effort was enough to bring some drivers back to Uber. But interviews with more than a dozen Uber drivers over the past week make clear that Uber has more to do.

“Uber is doing things they should have been doing from the start,” an Uber driver from Richmond, Virginia, who requested his name be withheld, told CNNMoney.

“The campaign shouldn’t have fanfare. It’s like when you yell at your kid to clean their room and now they want you to congratulate them [for doing so]. That’s not how it works.”

The initiative, which ended last week, was led by Rachel Holt, regional general manager of the U.S. and Canada, and Aaron Schildkrout, the head of driver product. (Schildkrout resigned on Wednesday after three years at Uber, saying he needed to “let the wheel of the mind slow to stillness.”)

“[The campaign] was the U-turn,” Holt told CNNMoney. “We were very clear at the outset that it really was the beginning — 2018 is going to be about ensuring that we are a true partner with drivers.”

To help drivers air grievances is Uber’s hotline. Set up in July, it has been called 2 million times already.

Another element of the initiative is Express Pool, which designates spots along a route to make it easier for drivers to pick up riders.

“It is a great idea, but it’s poorly implemented,” said an Uber driver in San Francisco who asked that she not be fully identified.

She said she received more than one traffic citation after the app directed her to pick up a passenger in a bike lane. “Expecting drivers to pick up passengers on the corner [can be] unsafe in San Francisco,” she said.

While a lack of tips has long been a topic of contention, a driver from Indiana said he hasn’t seen much of an impact now that it’s implemented.

“A lot of passengers still did not know that that was available because of what was previously told to them by Uber,” he said.

Uber had previously refused to include a tipping option, citing a “hassle-free” experience it said was better for drivers and riders.

According to Uber, drivers have earned more than $200 million in tips over the past six months.

Across the board, drivers told CNNMoney that low wages are the thing they want Uber to most address. Changes like paying drivers for time spent waiting for riders, and shorter cancellations windows, help — but drivers say they need more. One example: Several drivers said a promise to get paid for pickups that are far away has yet to materialize for them.

“Uber sent drivers messages saying the feature is active, but I have not gotten a single ride with that offered,” the Indiana driver added.

Uber said it may take longer in some markets to roll out.

Of the 38 announced changes, Uber will go forward with all but one. Drivers were allowed to select six destination preferences for pickups, but Uber has reverted it back to two. Uber said the feature caused long wait times for pickups.

The company said its efforts to improve communications and relations with drivers is continuing.

Last week, Uber announced a Driver Advisory Forum. It will fly a group of drivers to Uber’s headquarters in San Francisco to speak with executives and new CEO Dara Khosrowshahi. The first group of 25 to 30 drivers will meet in January.

“We want to be clear in our commitment to drivers to build the best experience as possible,” said Holt.