The questions investigators will be asking after Amtrak derailment 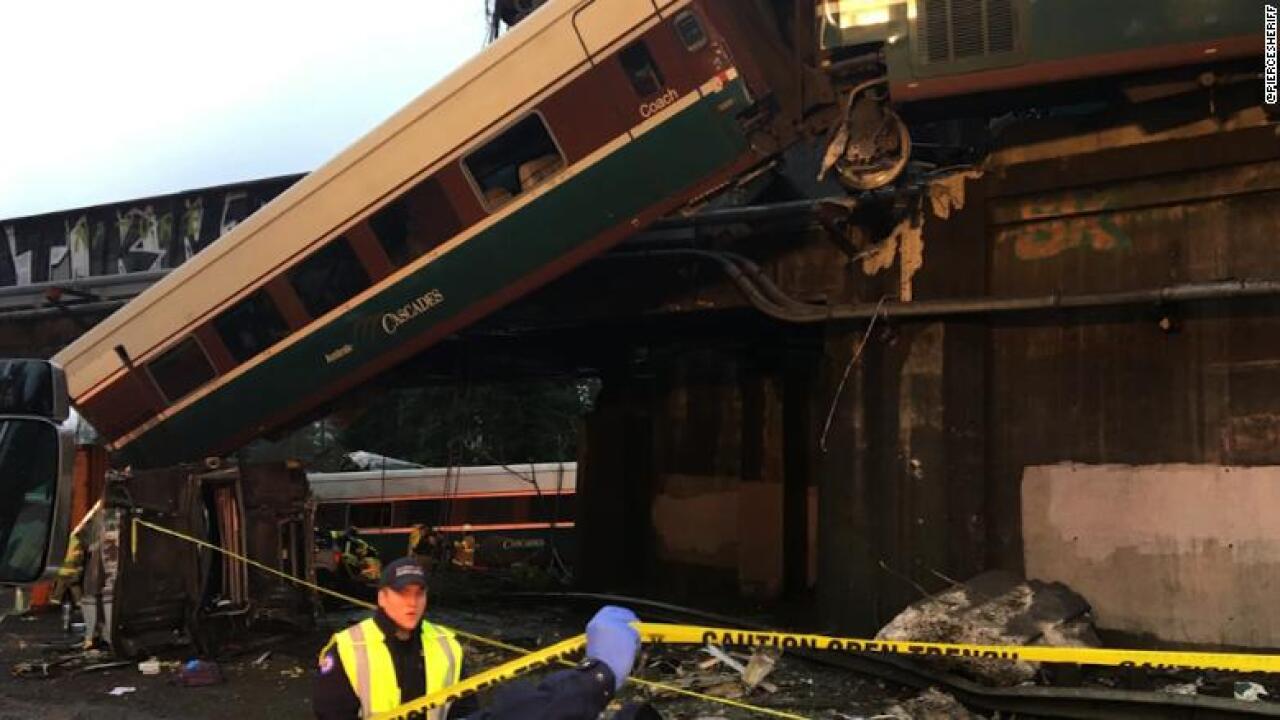 The 20-member National Transportation Safety Board go-team that’s been rushed to the scene of the deadly train derailment in Washington state will scour data and interview those on board.

The Amtrak train’s speed is among the factors federal investigators will be studying in the days and months ahead.

The train — making its inaugural trip on modified track — went off the rails Monday morning near DuPont, spilling 13 of 14 cars and leaving three confirmed fatalities, officials said. The train was traveling south from Seattle to Portland, Oregon.

Amtrak said it will cooperate with the NTSB and all authorities. “At this time, we will not speculate about the cause, and we encourage others not to speculate as well,” the company said in a statement.

Speed of the train

Most of the route was graded for a maximum speed of 79 miles per hour; the speed limit on the curve where the crash occurred is 30 miles per hour, said Rachelle Cunningham with Sound Transit.

Cunningham said she did not know how fast the train was traveling when it derailed, and the NTSB has not released information about the speed.

Passenger Chris Karnes said the train was moving at a “pretty good pace.”

Amtrak CEO Richard Anderson said positive train control was not activated on the Cascades service track at the time. The system combines GPS, wireless radio and computers to monitor trains and stop them from colliding, derailing or speeding.

The so-called black box, or data recorder, should provide plenty of answers to questions, CNN transportation correspondent Rene Marsh told Brooke Baldwin. It will have information on the train’s speed, braking and other operational data, said Quimby.

Mechanics of the train

Marsh said the NTSB team will focus “very closely on the track. Was there something wrong with this track? The mechanics of the train, was it operating properly?”

John Hiatt, a former railroad engineer who investigates incidents for a law firm, said he would have expected the cars to be farther from the track if speed was the principal factor. He wondered whether the train suffered a track malfunction.

Railroad signals also will be examined. The derailment occurred on a span over Interstate 5.

The federal go-team will interview the engineer, conductor and the other three crew members.

“A very long list of information, everything from how much sleep they got the night before to what they ate this morning, any medications they may be on,” said Marsh.

Emergency radio transmissions between the conductor and the dispatcher were dramatic:

AMTRAK 501: Uh, we were coming around the corner to take the bridge over I-5 there, right north into Nisqually and we went on the ground.

Dispatcher: …Is everybody OK?

AMTRAK 501: I’m still figuring that out. We got cars everywhere and down onto the highway.

Condition of the track

The Washington State Department of Transportation said it had received grants to improve the existing freight tracks for passenger use on the new rail route.

“Today was the first day of public use of the tracks, after weeks of inspection and training,” the agency said in a statement.