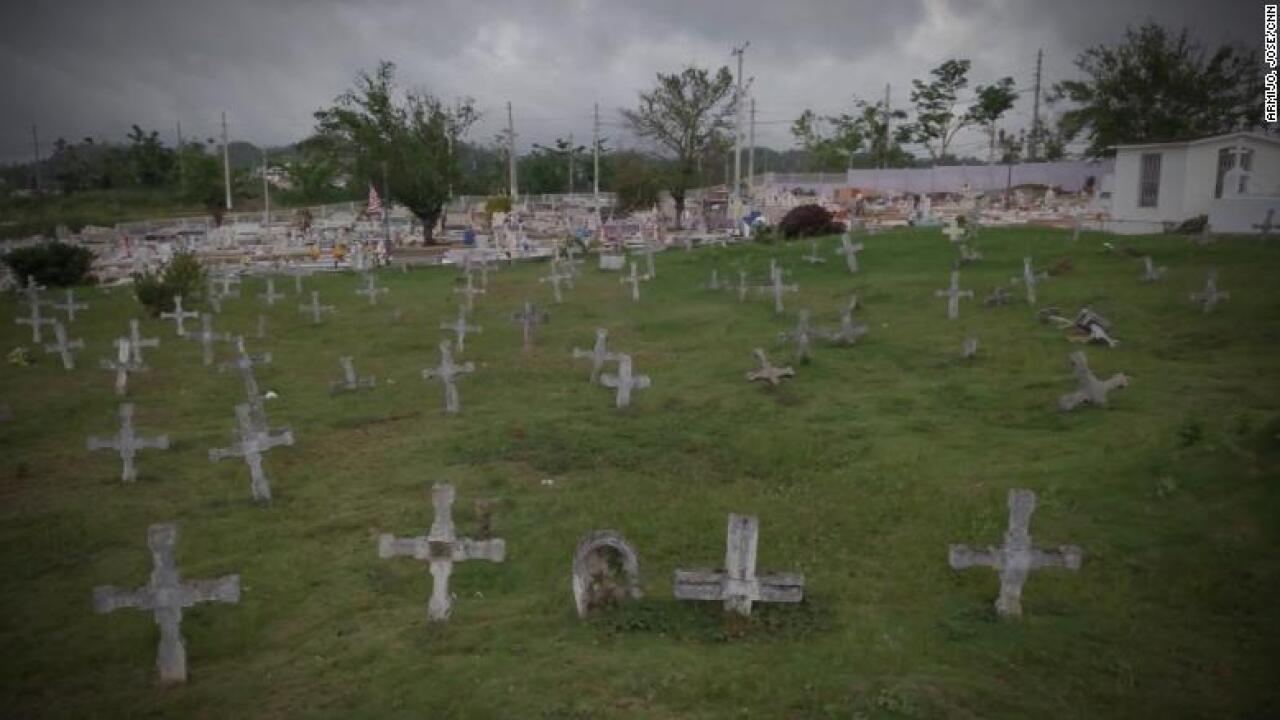 Puerto Rico is launching an official review of the death count from Hurricane Maria, which devastated this US territory on September 20.

Monday’s announcement from the island’s governor follows investigations from CNN and other news outlets that called into question the official death toll of 64.

“I welcomed recent news analysis on the number of hurricane-related deaths, and that they may be higher than the official count certified to date,” Gov. Ricardo Rosselló said in a statement. “Those reports used the data provided by the Puerto Rico Demographic Registry, but the Government needs to (investigate) if the increase of the deaths is related directly or indirectly with Hurricane Maria.”

Last month, CNN surveyed half of the funeral homes in Puerto Rico and found that funeral home directors and staff believe that at least 499 deaths in the first month after the storm were attributable to Hurricane Maria. Reporters surveyed funeral home directors because they have access to death certificates and often speak with family members about the circumstances of a person’s death.

The New York Times and others subsequently compiled statistics from the island’s Demographic Registry showing that the death toll may be more than 1,000. Those reviews were statistical in nature; they counted excess deaths in 2017 compared with deaths in previous years. Experts have said that such an analysis is a respected way to estimate a storm’s death toll.

Puerto Rico plans to review all deaths that followed the hurricane, regardless of the cause listed on death certificates, according to the governor’s statement. The government also plans to convene a “panel of experts” to review the process for counting deaths.

Only one lab in Puerto Rico — the Bureau of Forensic Sciences — certifies deaths as hurricane-related. Pathologists review cases sent to them by doctors, hospitals and other authorities.

CNN’s investigation found that some doctors and hospitals were not sending all possibly hurricane-related cases to that forensics office for review. Most of the cases in question might have been “indirect” hurricane deaths, meaning the person died because of the conditions the storm created. Such deaths should be classified as hurricane-related, according to the government. The official death toll does include suicides, heart attacks and other such cases.

CNN highlighted several specific deaths that family members and some public officials believe were related to the storm, which caused widespread power and water outages and cut communications to much of the island. After the investigation, the Puerto Rican Department of Public Safety added two of those deaths to the official tally.

Hector Pesquera, secretary of the Department of Public Safety, had previously said the count was accurate based on the information the government had received at the time.

Pesquera’s press officer declined an interview request on Monday, and the governor’s office did not immediately respond to a request for an interview.

“This is about more than numbers, these are lives: real people, leaving behind loved ones and families,” Rosselló said in the statement. “The government needs to work with sensibility and certainty in the process of certifying a death related to the hurricane.”

The death toll came into question after an October 3 news conference in which President Donald Trump praised the relatively low number of fatalities from the storm: then 16.

Later that day, after the president left, the toll rose to 34.

The death toll has real-world ramifications. Experts say public aid follows higher death counts. And the families of people who officially died in Hurricane Maria are eligible to have some of their loved ones’ funeral costs covered by the Federal Emergency Management Agency.

According to Puerto Rico’s governor, an accurate death toll also helps the government “identify ways in which we can prevent fatalities in advance of future disasters.”