Former Pentagon UFO official: ‘We may not be alone’ 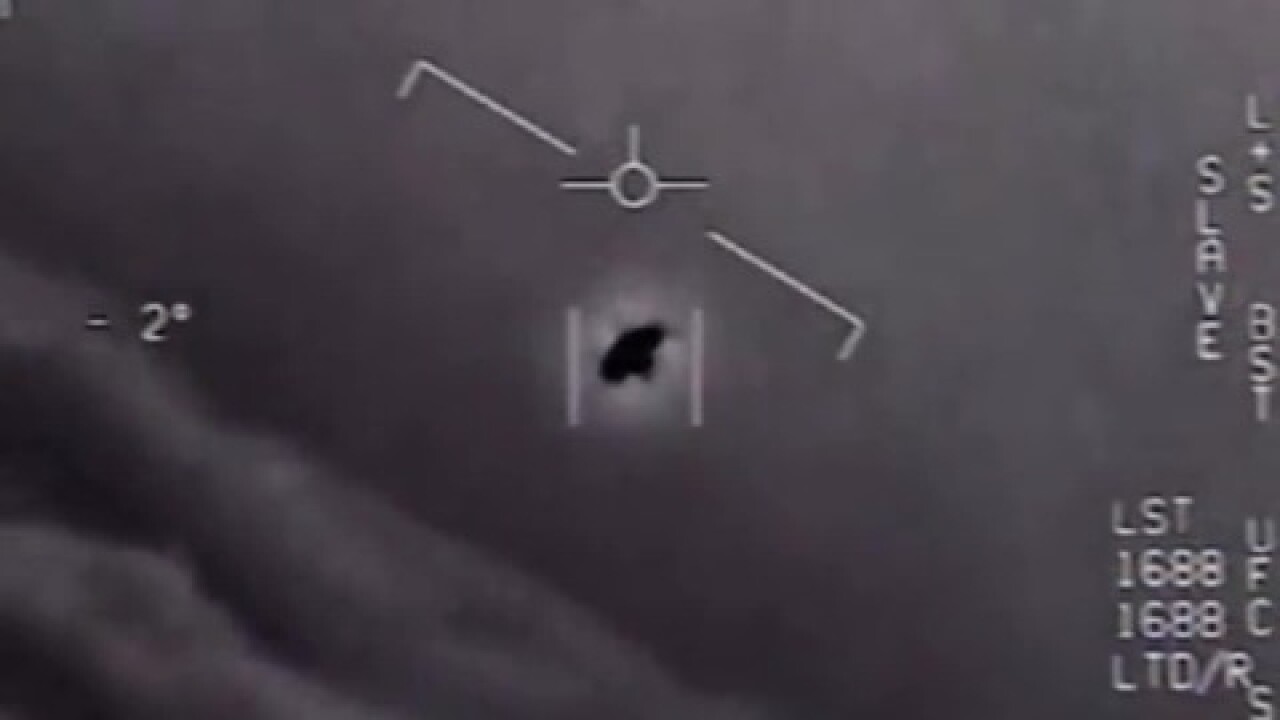 A former Pentagon official who led a recently revealed government program to research potential UFOs said Monday evening that he believes there is evidence of alien life reaching Earth.

“My personal belief is that there is very compelling evidence that we may not be alone,” Luis Elizondo said in an interview on CNN’s “Erin Burnett OutFront.”

A pair of news reports in The New York Times and Politico over the weekend said the effort, the Advanced Aviation Threat Identification Program, was begun largely at the behest of then-Senate Majority Leader Harry Reid, D-Nevada, who helped shore up funding for it after speaking to a friend and political donor who owns an aerospace company and has said he believes in the existence of aliens.

Elizondo told The New York Times he resigned from the Department of Defense in October in protest over what he called excessive secrecy surrounding the program and internal opposition to it after funding for the effort ended in 2012.

Elizondo said Monday that he could not speak on behalf of the government, but he strongly implied there was evidence that stopped him from ruling out the possibility that alien aircraft visited Earth.

“These aircraft — we’ll call them aircraft — are displaying characteristics that are not currently within the US inventory nor in any foreign inventory that we are aware of,” Elizondo said of objects they researched.

He said the program sought to identify what had been seen, either through tools or eyewitness reports, and then “ascertain and determine if that information is a potential threat to national security.”

“We found a lot,” Elizondo said.

The former Pentagon official said they identified “anomalous” aircraft that were “seemingly defying the laws of aerodynamics.”

“Things that don’t have any obvious flight services, any obvious forms of propulsion, and maneuvering in ways that include extreme maneuverability beyond, I would submit, the healthy G-forces of a human or anything biological,” Elizondo said.

The Times’ report on the government UFO study included a pair of videos of pilots remarking on something mysterious they were seeing. One of the pilots, retired Cmdr. David Fravor, told CNN that he had witnessed an object that looked like a “40-foot-long Tic Tac” maneuvering rapidly and changing its direction during a flight in 2004.

Ryan Alexander of Taxpayers for Common Sense expressed dismay about the program and cast it as a waste of money in a piece that aired on CNN’s “The Situation Room” on Monday.

“It’s definitely crazy to spend $22 million to research UFOs,” Alexander said. “Pilots are always going to see things that they can’t identify, and we should probably look into them. But to identify them as UFOs, to target UFOs to research — that is not the priority we have as a national security matter right now.”

For his part, Fravor said the money spent on the program was a drop in the bucket relative to the military’s over half-a-trillion-dollar annual budget.

Politico reported that after Elizondo stepped down from the Department of Defense, he went to work for To the Stars Academy of Arts and Sciences, a company co-founded by former Blink-182 musician Tom DeLonge that says it looks into issues surrounding government secrecy and unidentified objects.

In a statement Monday, Reid continued to defend the program.

“I’m proud of this program and its ground-breaking studies speak for themselves,” the statement read. “It is silly and counterproductive to politicize the serious scientific questions raised by the work of this program, which was funded on a bipartisan basis.”