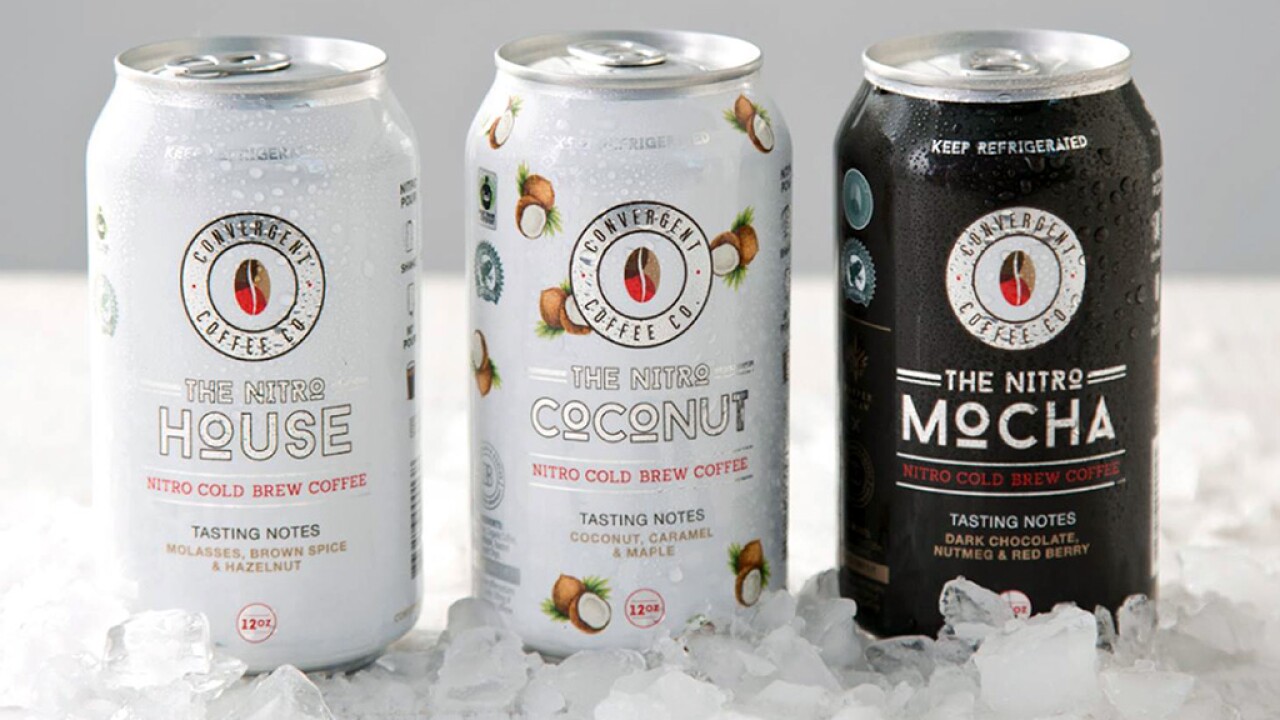 Confluence Coffee Co. has rebranded to Convergent Coffee Co. as it prepares to launch nationally. (Convergent)

RICHMOND, Va. — Aiming to avoid a conflict with a brewer of another sort, a local coffee maker has changed its name as it prepares to expand its grounds nationally.

Confluence Coffee Co. has rebranded to Convergent Coffee Co. The Richmond-based brewer, which specializes in canned nitro cold-brewed coffee, is preparing to expand its distribution footprint to the west, where it came across a business with a similar name, RichmondBizSense.com reported.

“They sent a letter saying, ‘Hey, we have this trademark,’” Ball said. “I think they did us a favor. If we scaled nationally with the name ‘Confluence,’ it’d have been a bigger issue.”

Ball said neither company went to court over the matter. In early August, his company debuted as Convergent Coffee. Its logo remains the same.

“We’re happy with where the name is now … The branding’s been very strong on the design side,” Ball said.

Convergent filed an application to trademark its name with the U.S. Patent and Trademark Office, which Ball said it expects to receive in early 2018. Local law firm Graybill, Lansche & Vinzani has been assisting the company in the process.

Convergent’s 2018 plans aren’t limited to locking down its name. Ball said its distribution will cross the Mississippi River and begin scaling nationally. The firm currently distributes to 350 locations in the Mid-Atlantic, Northeast and Midwest.

He said Convergent has brought in outside investors and is completing a Series A round of financing, but did not disclose details about the capital raise.

“That capital will allow us to (expand),” he said. “Our investors are from all over, with a number in Richmond.”