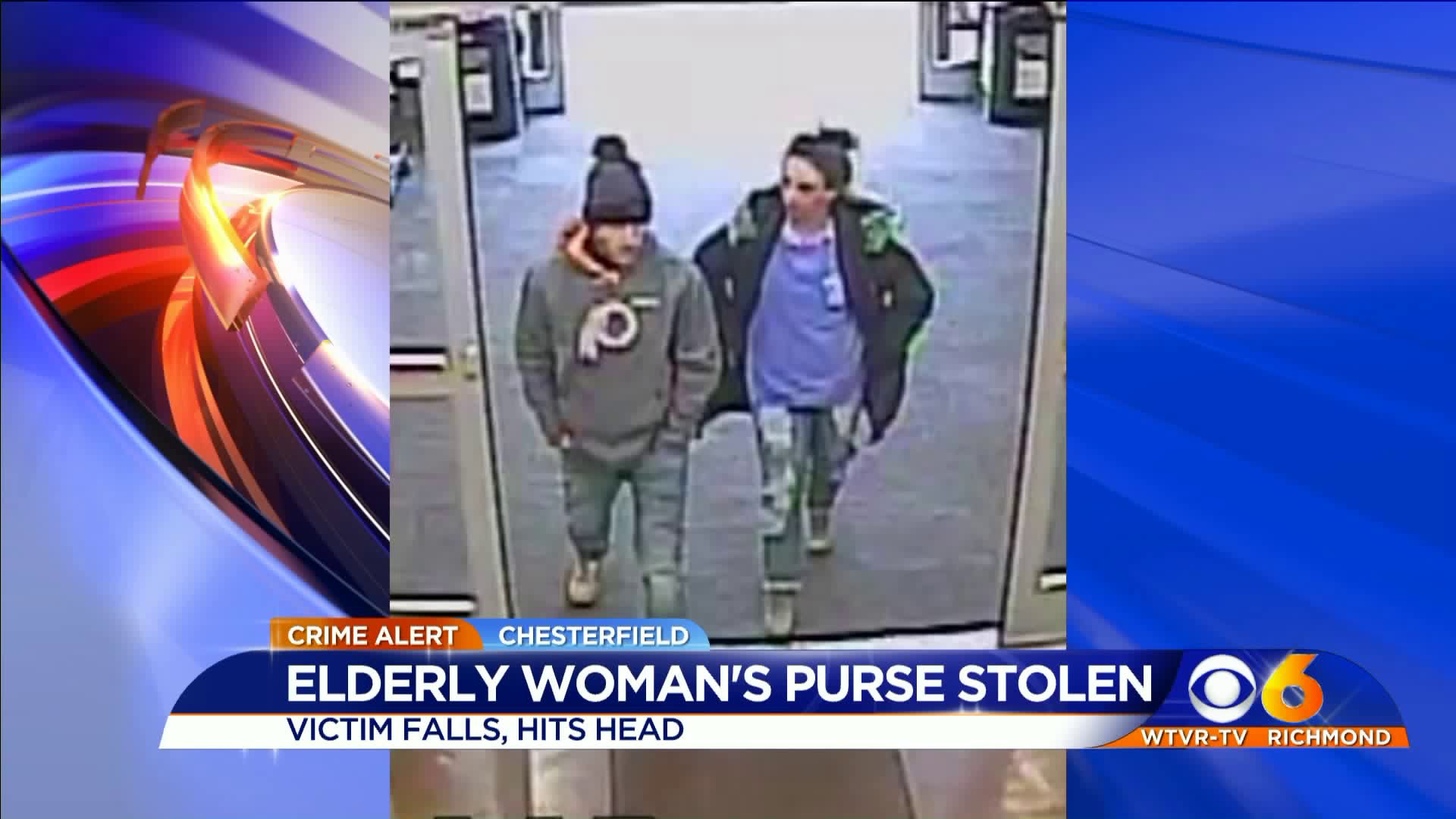 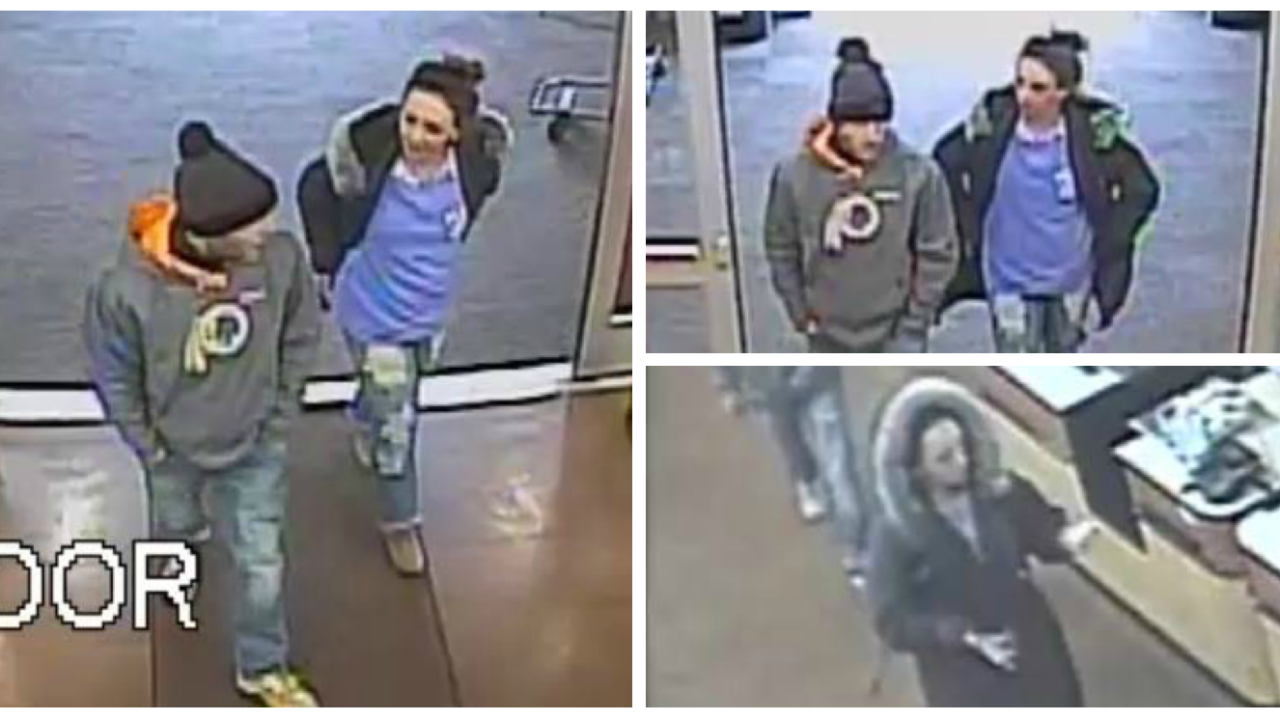 CHESTERFIELD COUNTY, Va. -- Police are asking for the public’s help to identify two suspects accused of stealing the purse from an elderly woman at a Chesterfield Kroger grocery store.

The alleged incident happened around 9:30 a.m. on Tuesday, December 12 at the Kroger at 7000 Tim Price Way, near Midlothian Turnpike and Chippenham Parkway.

Police say an 83-year-old woman was leaving a restroom when an unknown man grabbed her purse. The elderly woman attempted to hold on to the purse, but the suspect jerked it away, causing the strap to break and the woman to fall to the ground and hit her head.

“The suspect began to walk away, and the victim got to her feet, began to scream and attempted to follow him,” said a police spokesperson. “A witness told police the male suspect handed the purse to a woman who was with him. Witnesses tried to intervene, but both suspects left the store, entered a vehicle and left the area.”

Police say the suspects fled the scene in a described as a two-door, maroon Toyota.

The male suspect is described as white, about 20-25 years old, 5 feet 10 inches tall and 160 pounds. He had a trimmed beard and was wearing a gray hooded sweatshirt with a logo on it and a black knit cap.

The female suspect is described as white, about 20-26 years old, 5 feet 6 inches tall and 125 pounds. She was wearing a black coat with gray fur around the hood.