Bernie Sanders on Trump: ‘Yes, I do think he should resign’ 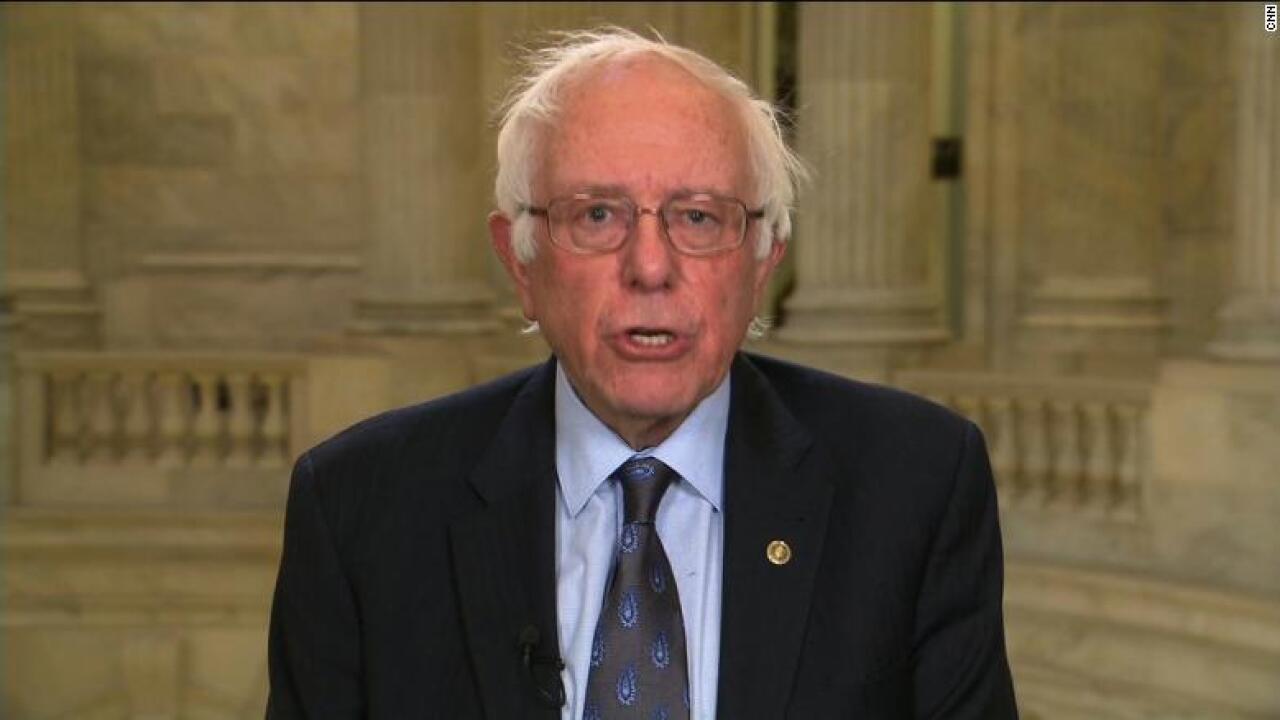 Sen. Bernie Sanders has joined the list of lawmakers calling on President Donald Trump to resign.

“Yes, I do think he should resign,” Sanders said on CNN’s “Anderson Cooper 360,” citing the multiple allegations against Trump and comparing them to those that resulted in Sen. Al Franken’s resignation.

“You’ve got a president who has been accused by many, many women of harassment, to say the least. This is a guy who was on a tape seen by everybody in America essentially bragging about his sexual assault of women. Do I think under those considerations of Al Franken resigning, do I think the President should resign? I do. Do I think he will? I don’t,” the Vermont independent told Cooper.

In the past few days, Sanders had said Trump should “think about” resigning in the wake of the allegations.

Sanders’ comments echo those of Sen. Kirsten Gillibrand, D-New York, from earlier this week, when she told CNN’s Christiane Amanpour that the President should resign over sexual assault allegations.

“President Trump has committed assault, according to these women, and those are very credible allegations of misconduct and criminal activity, and he should be fully investigated and he should resign,” Gillibrand said Monday in an exclusive interview.

Trump faces a wide range of accusations of sexual misconduct by multiple women, a group of whom shared their alleged encounters with him at a news conference on Monday.

“These women are right. If @realDonaldTrump won’t resign, Congress must investigate allegations by many, many women that he sexually assaulted and harassed them. No one is above the law,” Wyden tweeted.

On Sunday, US Ambassador to the UN Nikki Haley said on CBS’ “Face the Nation” that any women who come forward with allegations of inappropriate sexual misconduct “should be heard,” including those who have accused the President.

“As the President said himself, he thinks it’s a good thing that women are coming forward but he also feels strongly that a mere allegation shouldn’t determine the course,” Sarah Sanders said.