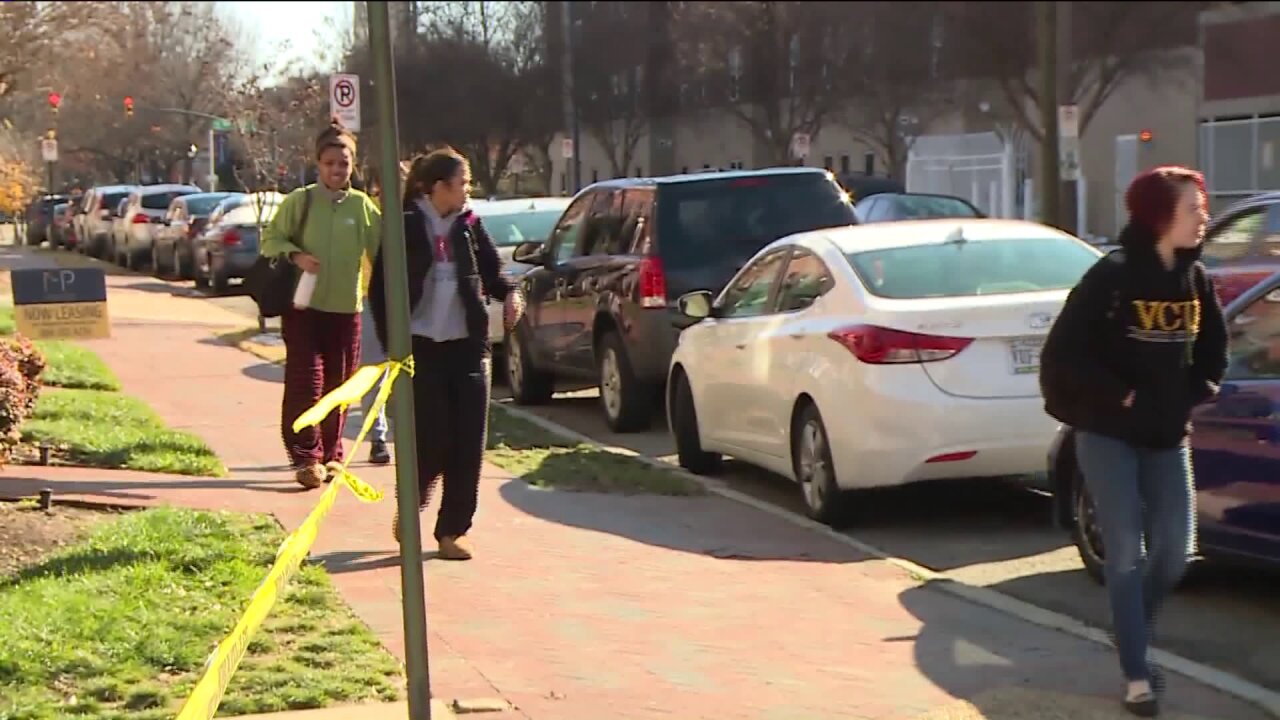 Richmond Police said that the call came in around 11:37 a.m. for a person shot. Officers found an adult female shot with non-life threatening injuries.

A witness said that someone entered a residence and shot a woman.

An alert notified people that VCU Police were responding to a shooting in the 400 block of Gilmer Street., which is north of Broad Street -- right at Marshall Street. The VCU alert also requested that people on campus stay indoors and avoid the area, though 30 minutes later another alert was sent which said to resume normal activity.

The area is near the VCU Art Depot, VCU parking and the Broad and Belvidere residential housing.

An initial description was given that said the suspect carried a back pack, light-colored pants and a dark-colored shirt.