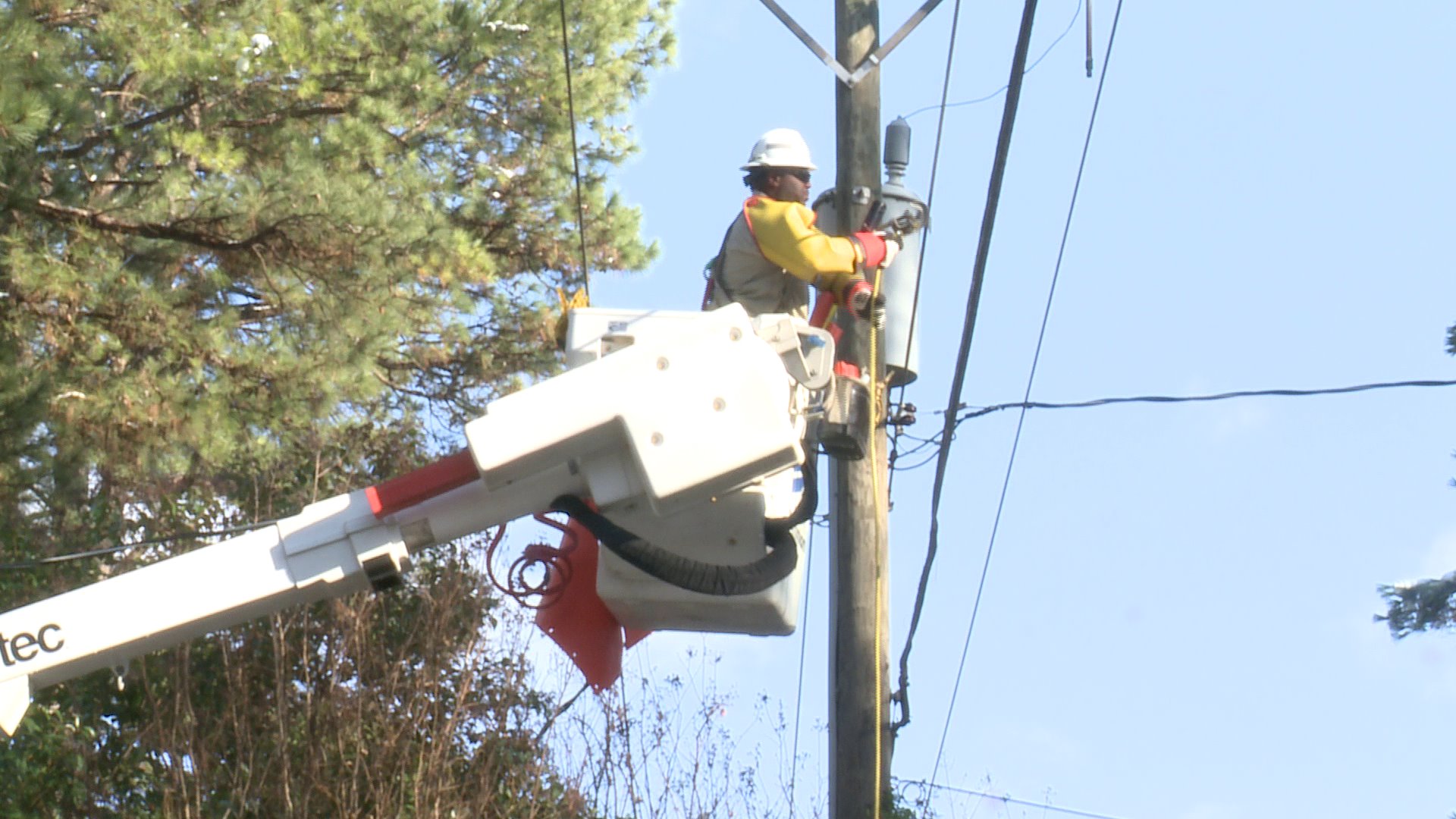 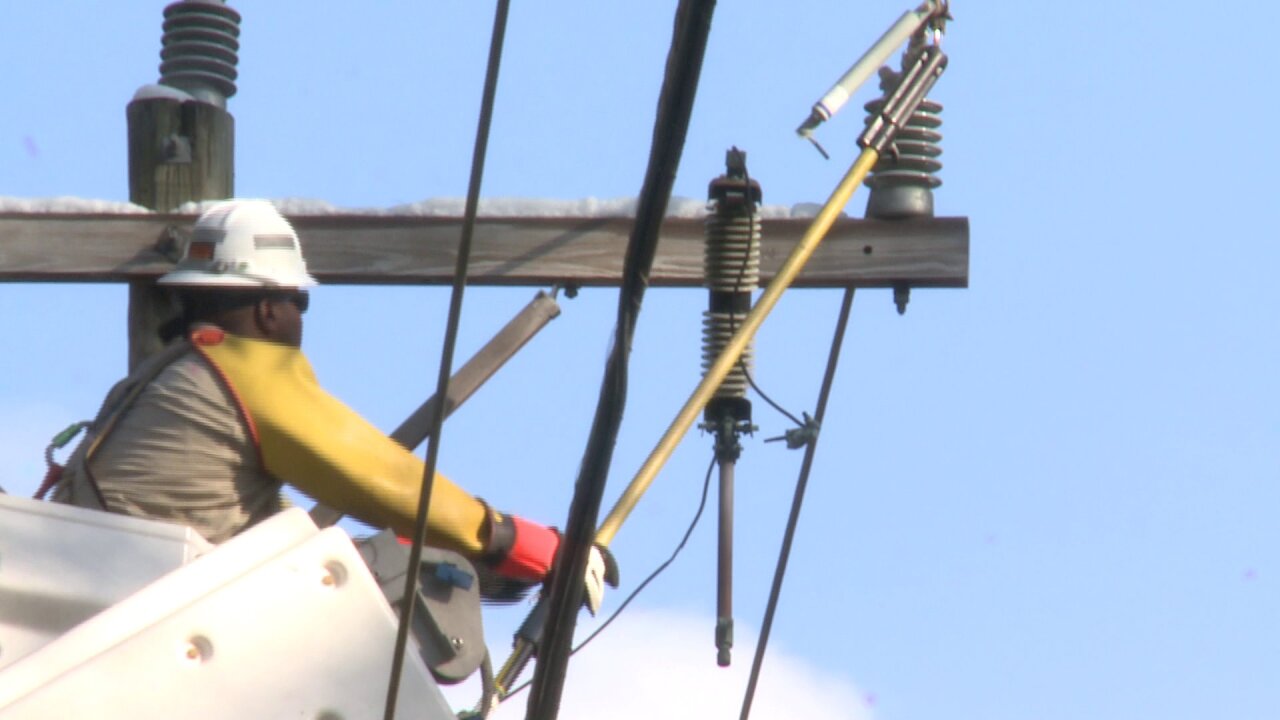 In total, about 50,000 Dominion customers were impacted by the storm. Crews have been working in 16-hour shifts all weekend to restore power to thousands of people in the Richmond area.

Thomas and Christina lost power during the snow storm.

"We appreciate the guys who come out here and fix the lines for us, we just wish it didn't happen this often,” said Thomas Kohlbeck.

"As of August, we had at least 11 outages this year,” he said. “Fortunately, we do have a portable generator that we've been able to hook up to the house and keep the space heaters on, the TV on and have some entertainment that way.”

That was just one of more than 1,100 work locations dominions crews have been working across our area.

"In order to meet that demand, to speed up restoration, we pulled crews from northern Virginia, eastern Virginia, to make sure we can get everybody on as quickly and safely as possible,” said Rob Richardson, a Dominion Energy spokesperson. "We've seen quite a bit of wire down, broken cross arms, we've seen a lot of tree and branches on powerlines.”

That's what happened on Derbyshire Road in Tuckahoe. Part of a tree snapped off, brushing the line, knocking out power to several homes. Dominion crews were making repairs Sunday.

"We knew the storm was coming, we were prepared for it, our crews were stocked up we had all the right equipment, but there was more damage at more locations than we had anticipated,” said Richardson.

Crews restored power to Thomas and Christina's home on Sunday. They say they’re relieved but something has to change so they don't keep dealing with power outages on a regular basis.

"What we would like to see is Dominion consider that part of the neighborhood as a potential project area to run those lines underground like they've done in many other areas,” said Kohlbeck.

Crews will continue to work throughout the night. Dominion officials say they hope everyone will have their lights back on by Monday midday.