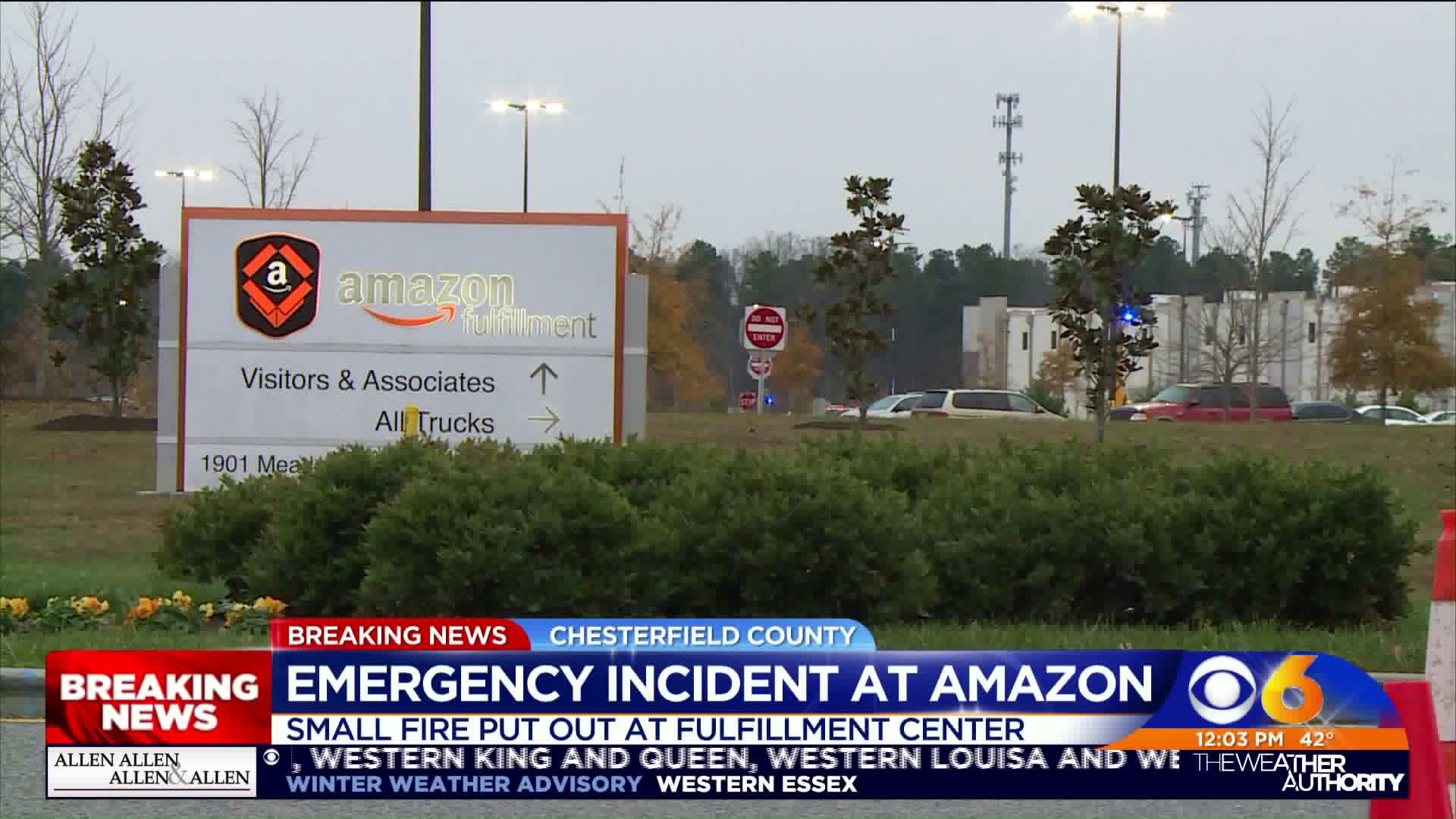 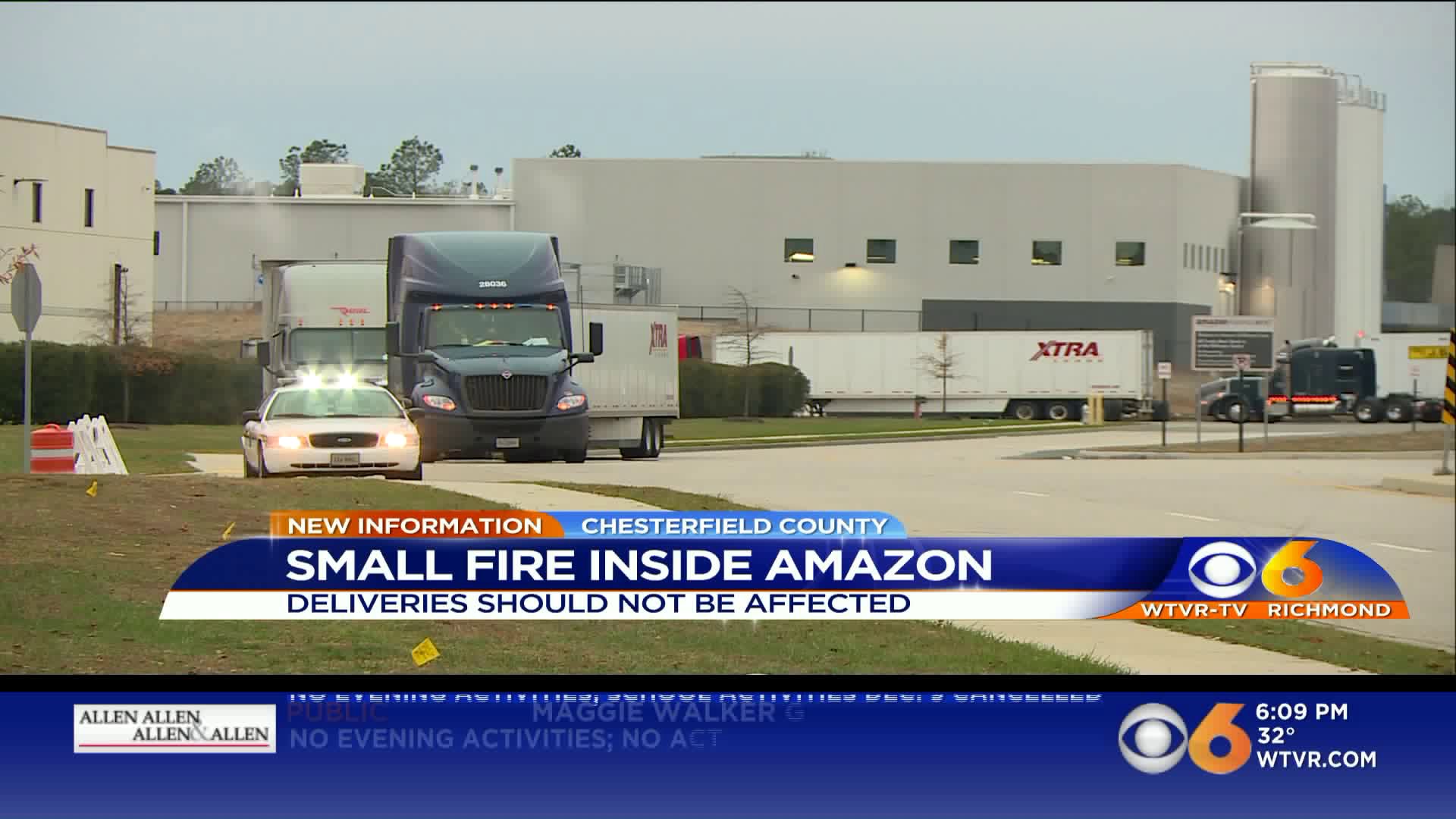 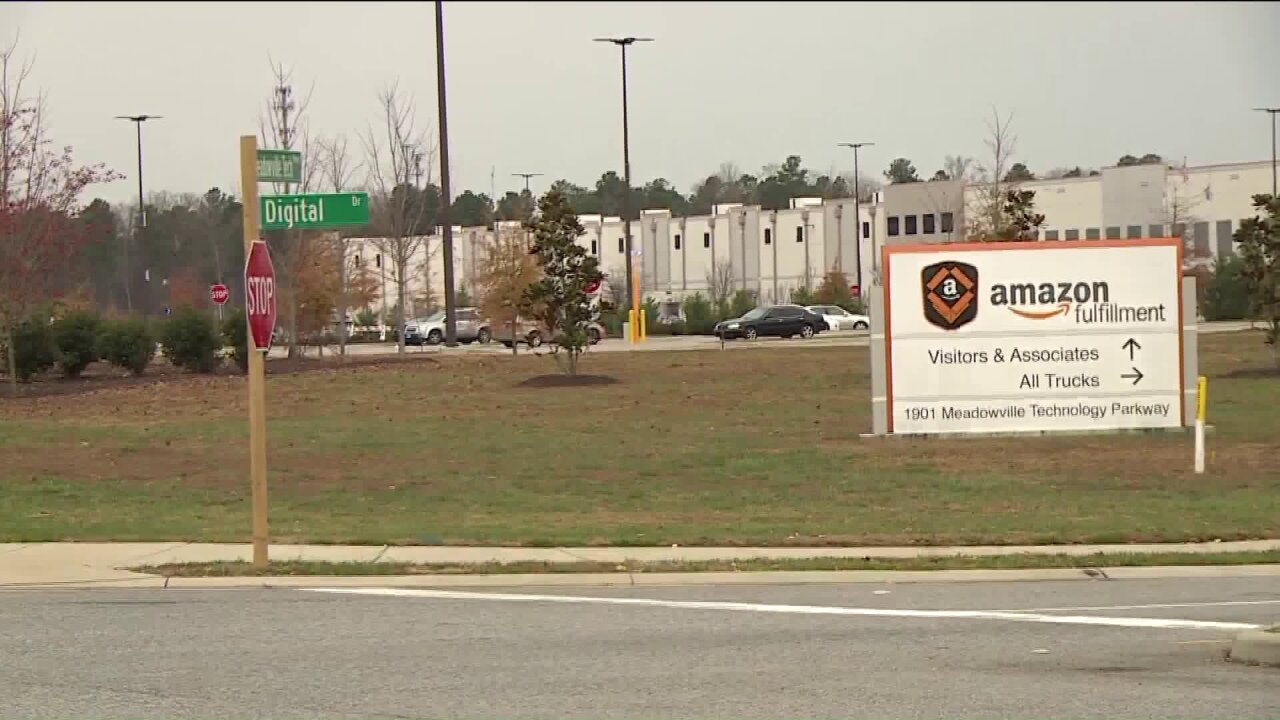 The original call, at 5 a.m., was for a structure fire at the center on Meadowville Technology Parkway.

"Upon our arrival the firefighters located a fire that had been extinguished prior to our arrival. The fire was located in a shipping bin located on the first floor," Chesterfield Fire and EMS spokesperson Jason Elmore said. "At this time Chesterfield Fire Marshals and county police are investigating the incident. Officials are working closely with Amazon management during the investigation."

Officers were on scene redirecting traffic at the center.

Employees off camera expressed disappointment and stated being confused about when and if they needed report to work.

Brenda Alfred, a spokesperson with Amazon media relations, told CBS 6 that employees were notified through an automated messaging system.

Alfred said employees who were instructed to go home will be paid for the day.

On scene at the Amazon Fulfillment Center in Chester where an incident inside has shut down the facility. Some employees are walking around outside with blankets. Traffic is being detoured. @CBS6 pic.twitter.com/2VRyGOmhon

They investigated a device found inside the center, those sources indicated.

The nature of the device was not disclosed.