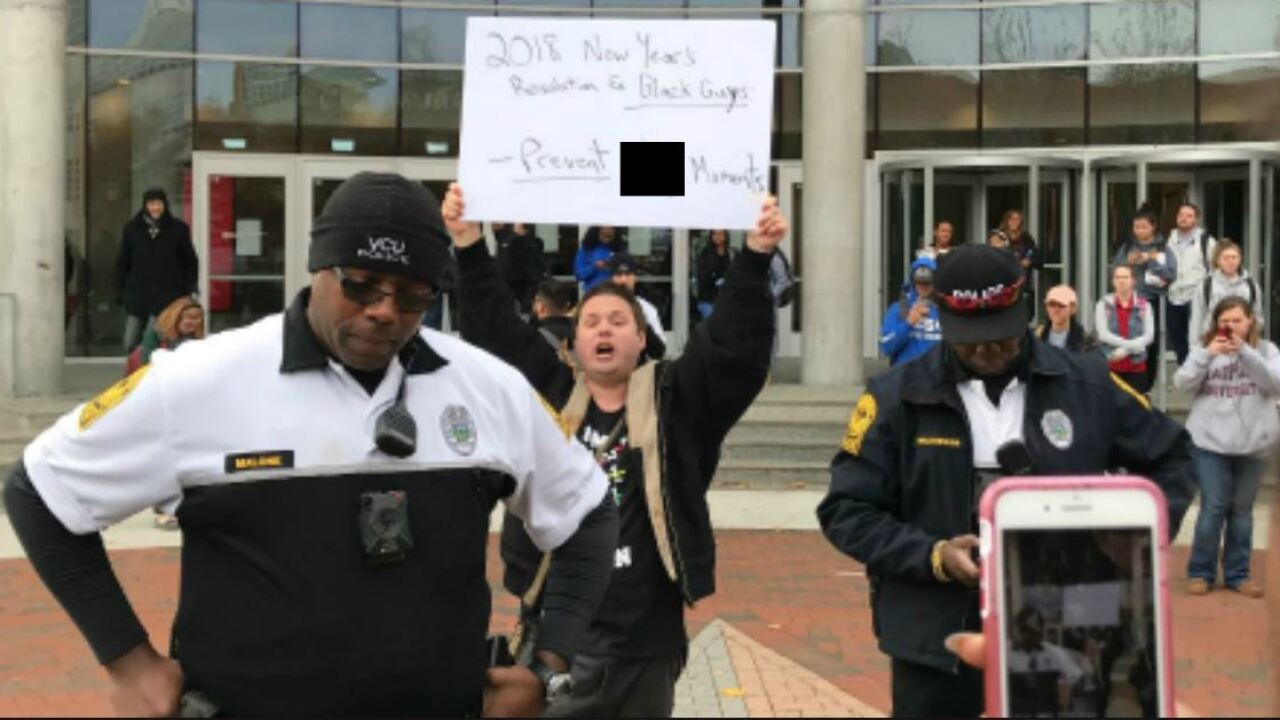 RICHMOND, Va. -- A Chesterfield man was arrested on the VCU campus twice Thursday and charged with misdemeanor trespassing.

Tyler W. Lloyd, 27, was holding a racist sign while he yelled at students on the Compass outside James Branch Cabell Library, according to witnesses.

As VCU students began to gather around the man, VCU Police officers responded.

"What began as a small group near the man grew to about 200 people," a VCU Police spokesperson said. "Police stood between the man and the crowd to maintain order and ensure safety."

"You can say what you want. Everybody can say what they want, I don’t have to like it. Nobody here has to like it," he said. "If you really want to do something about this, do it the right way. The only thing you’re doing right now is feeding this man’s ego."

VCU police officer delivers a powerful message to bystanders — “If you really want to do something about this, have a voice but do it the right way” pic.twitter.com/qYwOwklLnb

After school leaders determined Lloyd was, "causing a significant disruption to university operations," campus police asked him to leave.

Lloyd was arrested when he refused to leave.

It read, "Why is it that only students have FREEDOM here."

'[Lloyd] was again arrested for trespassing," the police spokesperson said. "Lloyd is not a VCU student or employee."

Update: he has been arrested by VCU police pic.twitter.com/MpitpCNi7z

This man plays his trombone as students voice their frustration towards the protester #vcu pic.twitter.com/CWA3rPp1JF