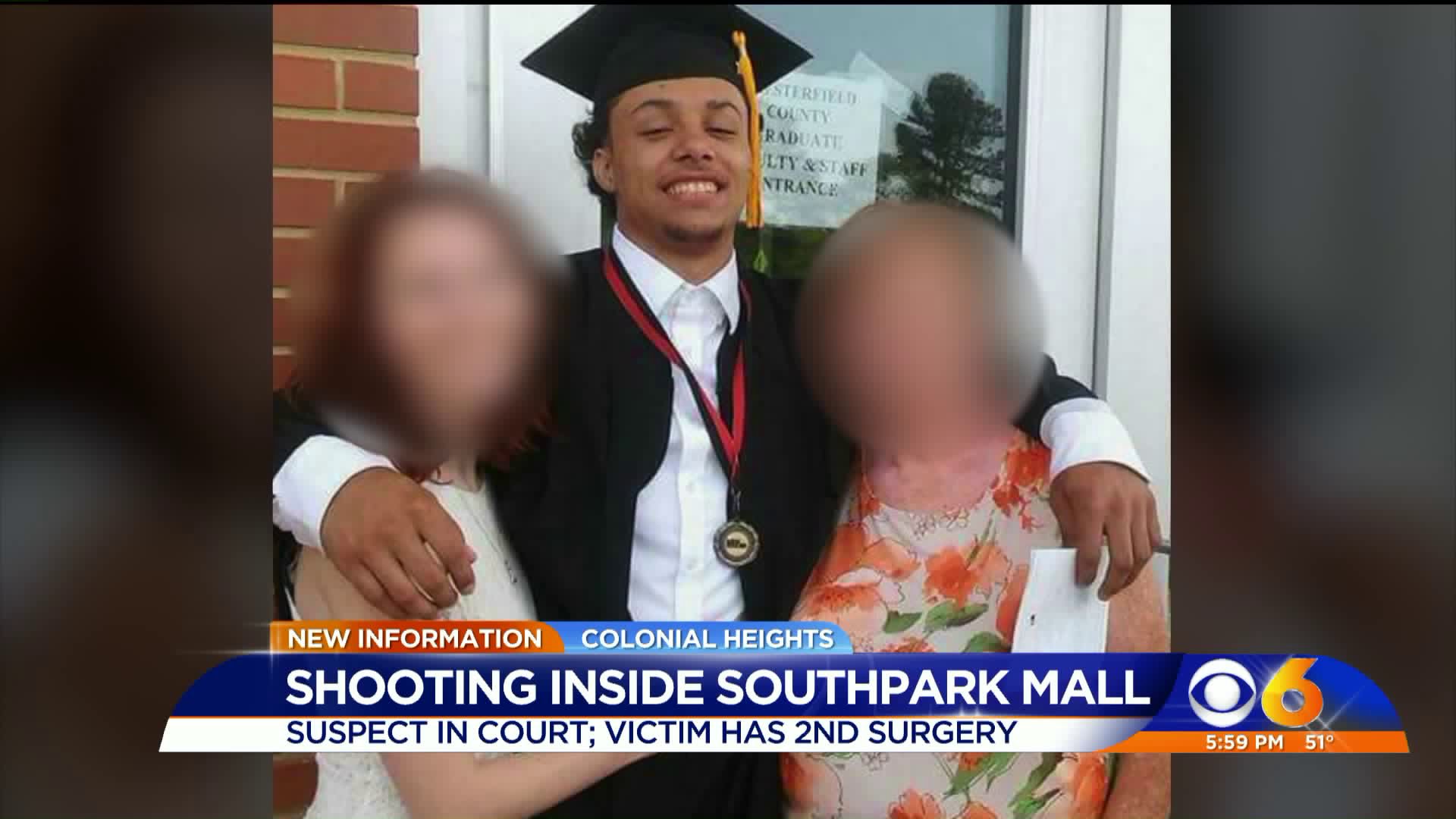 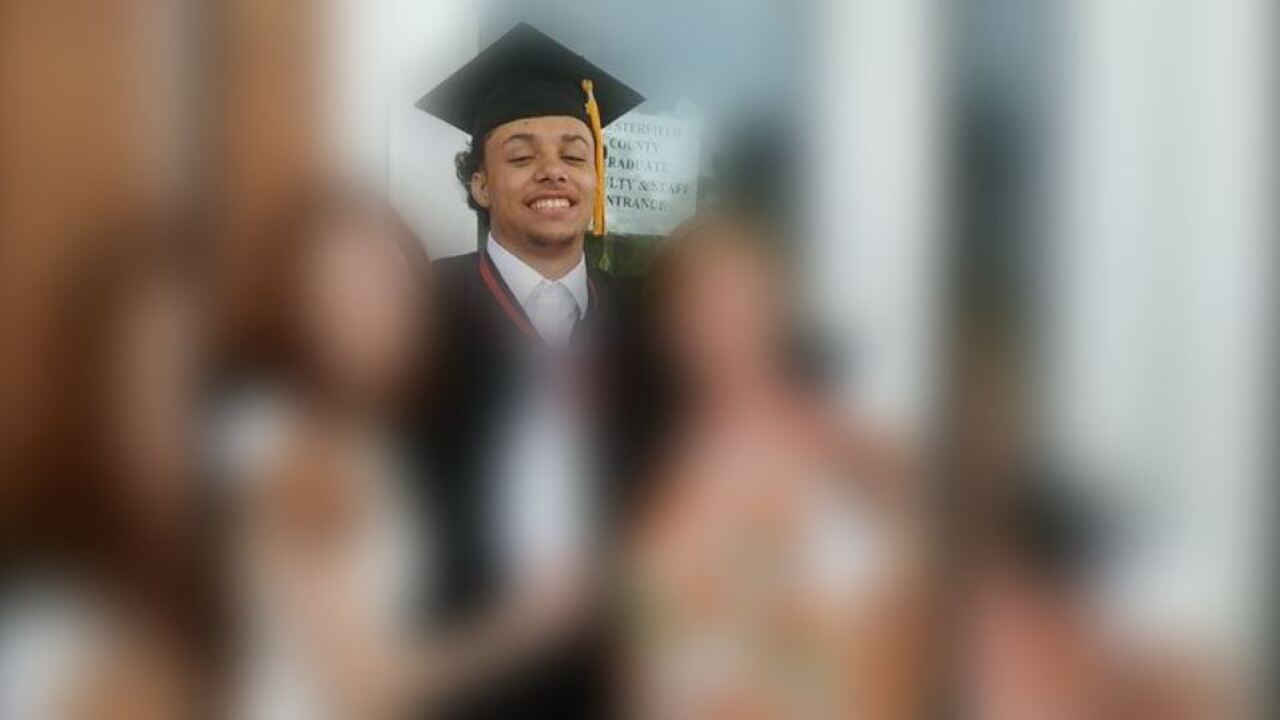 COLONIAL HEIGHTS, Va. -- The older sister of the teenager shot at Southpark Mall in Colonial Heights called her younger brother a "good guy" who was "hurt really bad."

Harrington was shot at the PacSun store Saturday afternoon.

Jerry L. Brooks Jr., 20, of Richmond, was arrested over the weekend and charged with aggravated malicious wounding and use of a firearm in commission of a felony.

While the motive behind the shooting remained under investigation, Brooks and Harrington knew each other from working together at Amazon, his sister said.

Harrington, who graduated from Carver College and Career Academy in Chesterfield, had plans to further his education and become an electrician. Plans now put on hold while he recovers from Saturday's shooting.

His sister established a GoFundMe account to help her brother offset some of his mounting medical costs.

Harrington was a standout basketball player for Carver Academy where he was named first team for District 42 last season.

Doss said her family would like to find and thank one woman who helped Harrington in the moments after the shooting.

"There was a lady who helped my brother when he was shot, while everyone else ran away," she said. "I'd like to find her so the family could thank her properly." If you know the woman who stopped to help, send a tip here.

Brooks appeared in court Monday and was denied bond.

A woman who witnessed the shooting said she was in a state of shock when she saw what happened inside the PacSun store.

She said the the shooting victim punched the suspect twice before she heard "one loud" shot.

“The guy who got shot, if I am not mistaken, he punched the guy who shot at him," she said. "And then he pulled his gun and loaded it and shot at the guy.”

The witness said the victim lost consciousness and that the shooter ran away.

In the moments after the shooting, she rushed to alert some of her family members who work at the mall.

“I called my brother and said, ‘Just get out of there,’” she said. “And they thought I was playing….It was scary.”

Southpark Mall and the movie theater were evacuated after the shooting. Shoppers were allowed back in later that afternoon when police determine the shooting was an isolated incident and the gunman was no longer on mall property.

Anyone with more information can submit a news tip here. If you see breaking news and can safely shoot a photo or video and send it to CBS 6. You can also upload photos to our Facebook page or email pics@wtvr.com from your phone.