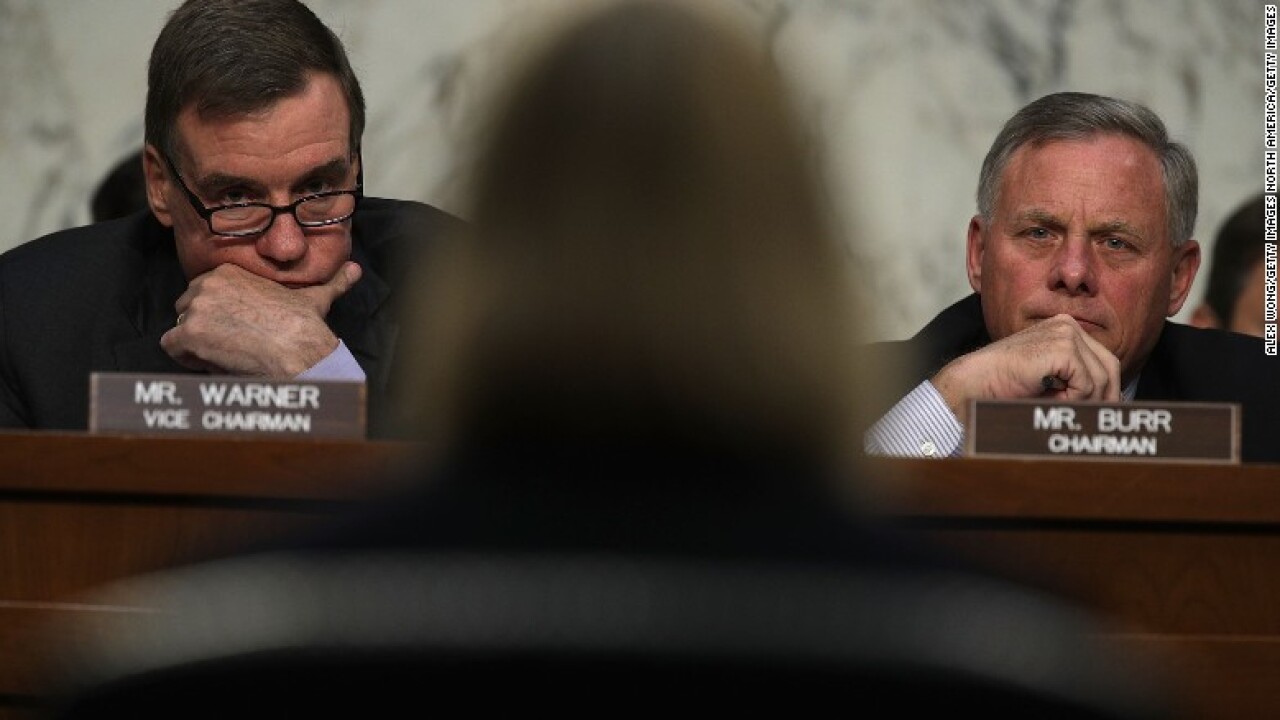 The comments from Warner, as well as his colleague, California Democratic Sen. Dianne Feinstein, indicate that new reports are putting increased scrutiny on McFarland — and that congressional investigations into potential obstruction by the White House are moving forward.

Feinstein also said that McFarland needed to testify while on NBC’s “Meet the Press.”

Warner, the Senate Intelligence Committee’s ranking member, said he and North Carolina Republican Sen. Richard Burr, who chairs the committee, continued to work effectively on their investigation into alleged Russian interference in the 2016 election and potential coordination with President Donald Trump’s associates.

“I think what we’re beginning to see is the putting together of a case of obstruction of justice,” Feinstein said. “I think we see this in the indictments, the four indictments and pleas that have just taken place, and some of the comments that are being made. I see it in the hyper-frenetic attitude of the White House: the comments every day, the continual tweets. And I see it, most importantly, in what happened with the firing of (FBI) Director (James) Comey, and it is my belief that that is directly because he did not agree to lift the cloud of the Russia investigation. That’s obstruction of justice.”

In the wake of former national security adviser Michael Flynn’s guilty plea, McFarland has attracted attention over her role in Trump’s team.

CNN reported that McFarland was one of the transition officials described in the Flynn court filings and that she and Flynn discussed what to communicate to the Russian ambassador to the United States about US sanctions on Russia. Sources told CNN that McFarland has spoken with investigators in the special counsel probe.

The New York Times reported that McFarland wrote in an email last December that Russia had “thrown” the US presidential election for Trump, although the Times said the meaning of that statement was unclear, and a White House lawyer told the Times that McFarland’s comment meant only that Democrats were painting Russia’s role in the election that way.

Former FBI Director James Comey said in testimony before the Senate Intelligence Committee that Trump pressed him to end the investigation into Flynn. Trump continues to deny this, and on Sunday morning sent a tweet calling it a “Comey lie.”

Warner said he believed Comey and pointed to reports that Trump sought to influence other intelligence officials as well as members of Congress to wrap up the Russia investigations.

Warner would not say if his committee had direct evidence on the matter of alleged “collusion” between Trump’s associates and Russia in Moscow’s meddling in last year’s election.

He continued, “There has never been in modern American history a political campaign that had this much outreach to a foreign government.”