Pope explains why he didn’t use the word ‘Rohingyas’ 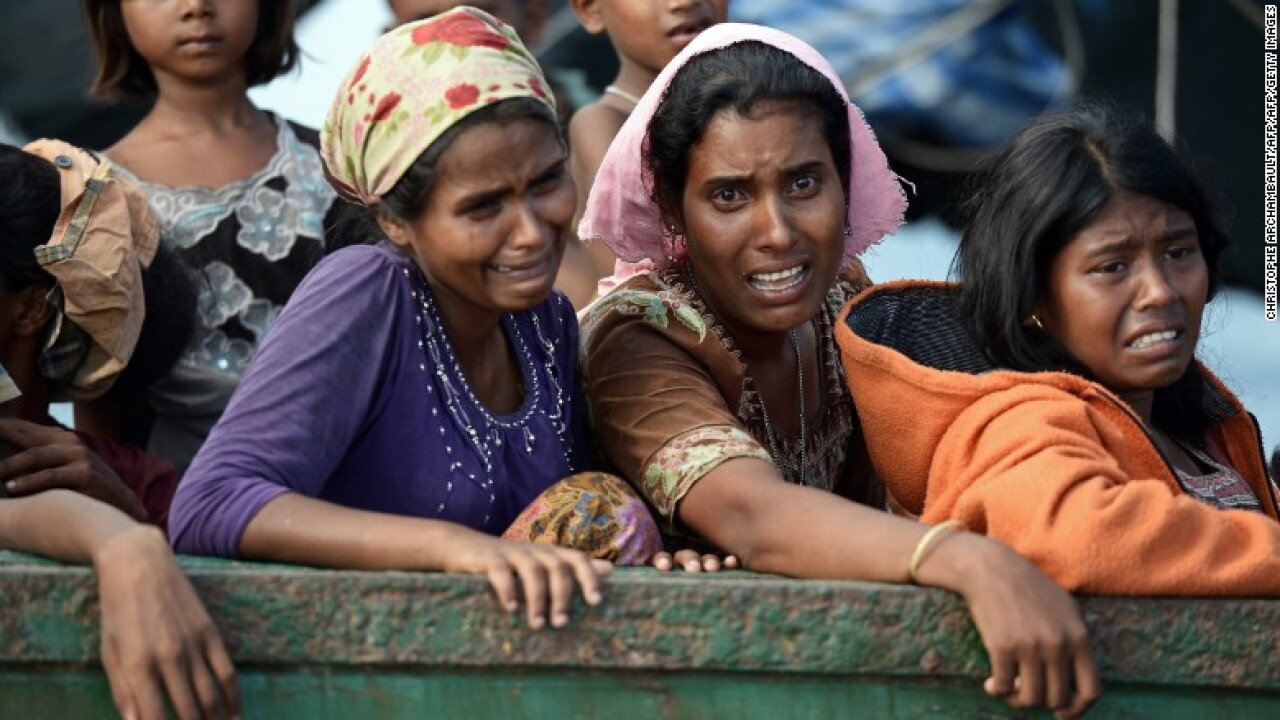 After a week of taking some heat for not calling the Rohingya refugees by name in Myanmar, Pope Francis explained his controversial decision on Saturday, saying that he did not want to risk shutting down dialogue with the country’s leaders.

“Had I said that word, I would have been slamming the door,” the Pope told journalists on the flight back from Bangladesh.

“What I thought about it was already well known,” Francis said, adding that he mentioned their plight on various occasions from the Vatican.

The Pope said in his private meetings he was able to go beyond his public words.

“I didn’t have the pleasure of slamming the door publicly, a denouncement,” the Pope said, “but I had the satisfaction of dialogue.”

The Pope said he had made meeting the Rohingya a condition of going on the trip, but it had not been logistically possible to visit the refugee camps, although he would have liked to.

The Pope said he was initially annoyed that the Rohingyas were not treated properly by some of the event organizers who put them in a single-file line and rushed them through their meeting with the Pope.

“I even yelled a bit,” Francis said. “Respect! Respect!”

Listening to their stories one by one, the Pope said he felt moved to make some spontaneous remarks.

“I don’t know what I said but I know at a certain point I asked for forgiveness,” the Pope said.

The Pope and the general

Francis characterized his private meeting with Myanmar’s Senior Gen. Min Aung Hlaing — commander in chief of Myanmar’s armed forces — as a good conversation, noting that it was specifically requested by the senior general.

“I did not negotiate the truth,” the Pope said. “I made sure he understood that old ways are not viable nowadays.

“He received the message,” the Pope said

“We are at the limits of what is licit,” the Pope said.

Francis suggested that the growth in number and sophistication of nuclear weapons compared to even 30 years ago had reached the upper limits of acceptable.

“I ask myself,” he said, “Is it licit to maintain nuclear arsenals as they are or today, in order to save creation and humanity is it necessary to go back?”