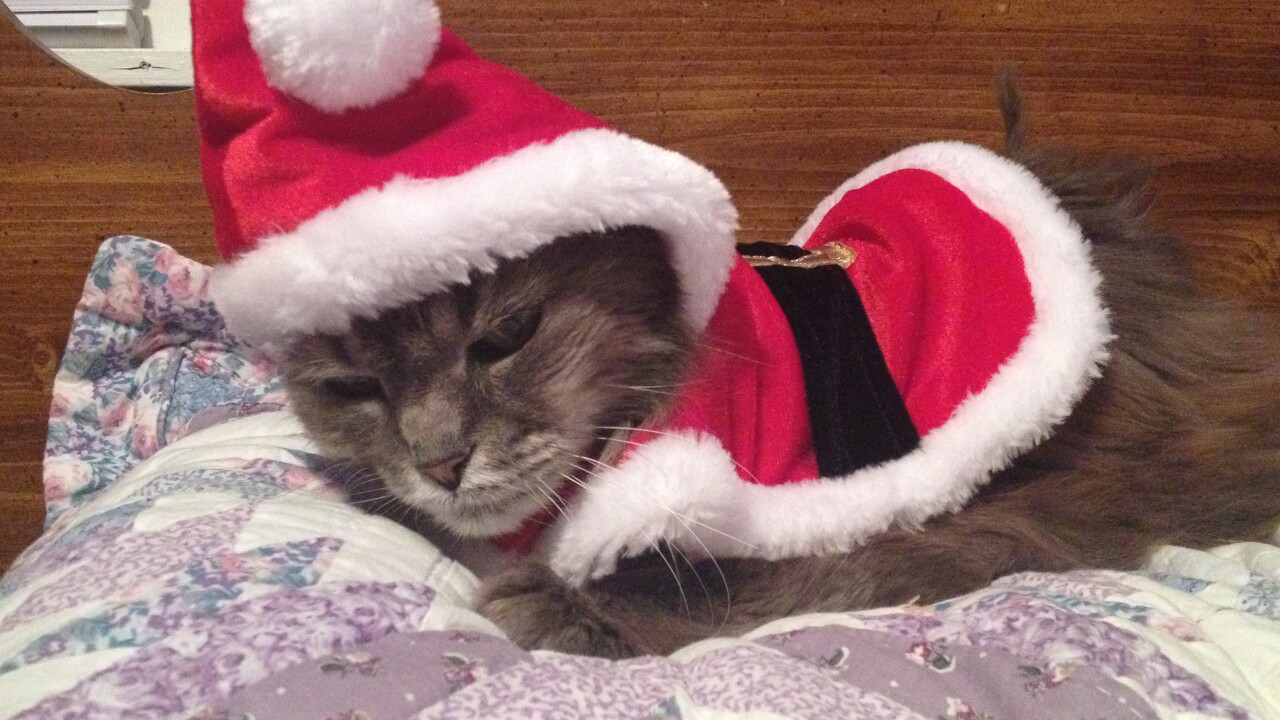 RICHMOND, Va. -- Although November averaged slightly below normal in terms of temperatures, the month finished with some warm days.  The month was also pretty dry, finishing about 1.8" below normal.

December is already producing signs of a prolonged period of below normal temperatures.  Arctic air will get dislodged from northwestern Canada this week, and this will drop down into the eastern United States for the second half of the week.   A reinforcing shot of cold air will follow next weekend. 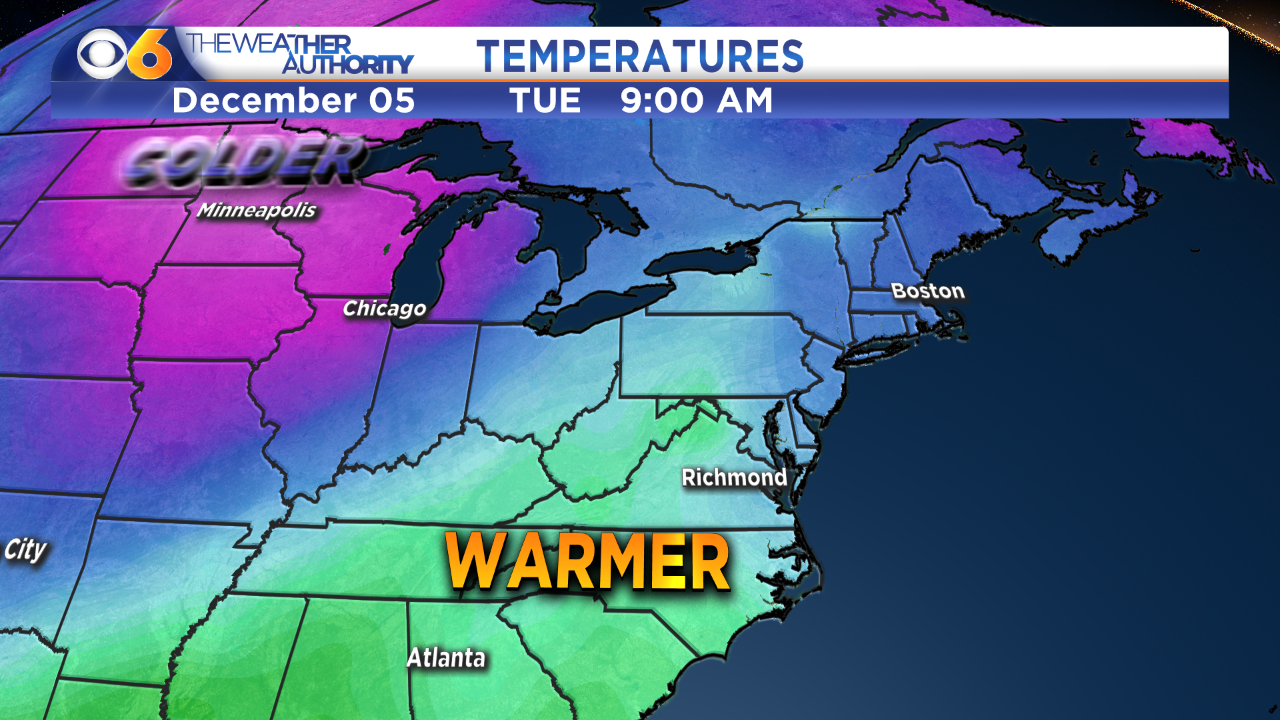 Here's the December temperature outlook from the National Weather Service.  The darker shades of blue indicate a higher likelihood of below normal temps.

In terms of precipitation, there are no major signs that we will see amounts well above or well below normal.

In a typical December, the metro sees normal highs drop from the mid 50s to the upper 40s, and lows from the 30s into the 20s.

We see about 3.2" of liquid precipitation.  This includes rain and any melted down sleet and snow.  During the period of data studied, the average Richmond snowfall worked out to around two inches.  La Nina winters tend to favor below normal snowfall.  However, it only takes one coastal storm to give us a decent snowfall.