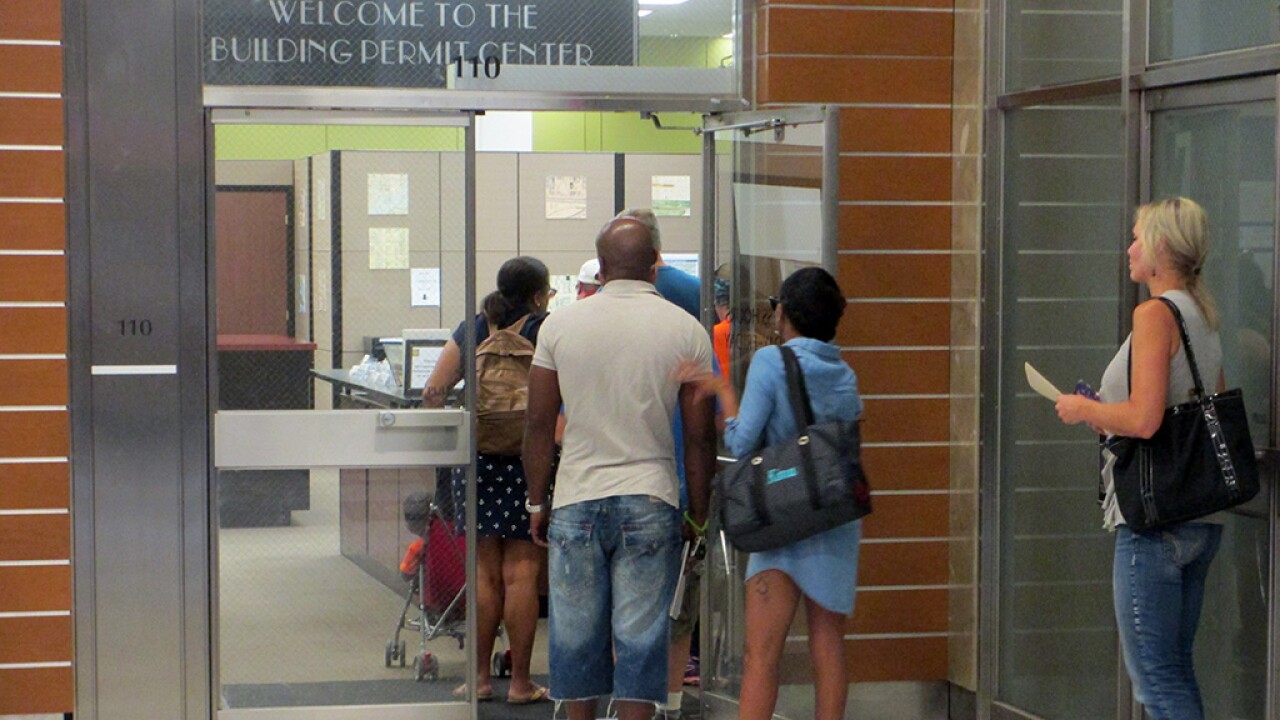 Lines out the door are common outside the city permitting center. (PHOTO: Jonathan Spiers)

RICHMOND, Va. — Responding to complaints from developers that the city’s review process has been slowing down their projects, Richmond Mayor Levar Stoney has announced changes aimed at improving operations in the city’s inspections and permitting office.

In a letter to developers and other stakeholders Nov. 28, Stoney lists four changes underway at City Hall aimed at improving interactions with customers doing business in Room 110, the building inspections and permitting bureau.

They include adjusted hours – 7:30 a.m. to 4 p.m. – to open and close the bureau permit center an hour earlier in accordance with peak demand times, physical improvements to Room 110 to facilitate customer flow and ensure a “one-stop shop” experience, emailed permits to reduce wait times, and validated parking for bureau customers in the city’s parking deck at Seventh and Marshall streets.

The changes come in response to complaints from local developers who have said the city’s process for reviewing required permits and conducting inspections has caused their projects to fall behind schedule – a trend that some said, in a BizSense report in August, has gotten worse as development activity has increased in the city.

In an interview in August, Stoney noted several efforts the city was undertaking to address those complaints, including meetings with officials from neighboring Henrico County about that jurisdiction’s processes for permitting and inspections. Meetings with developers and stakeholders have continued since, helping to shape the recommendations announced in Stoney’s letter.