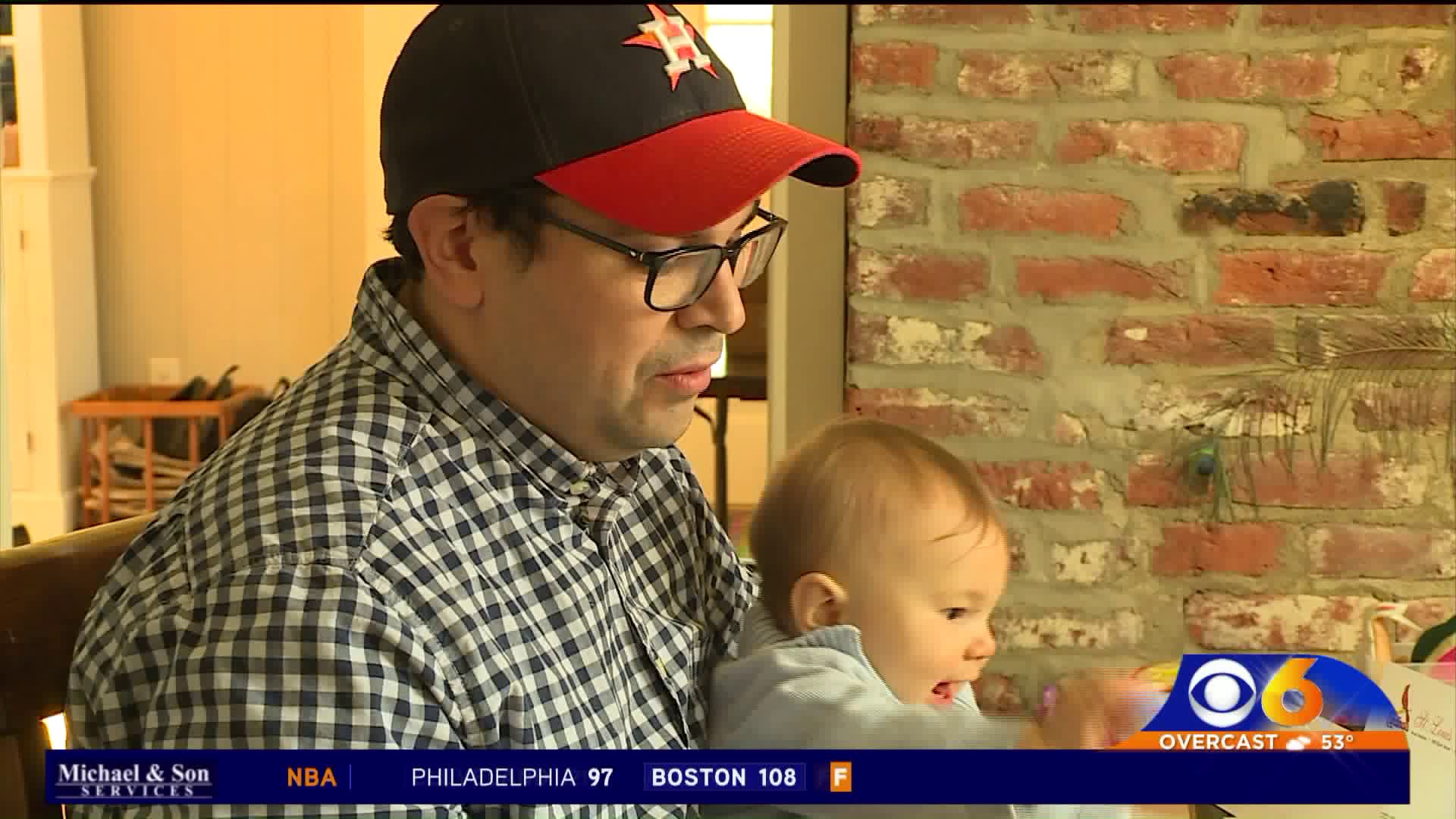 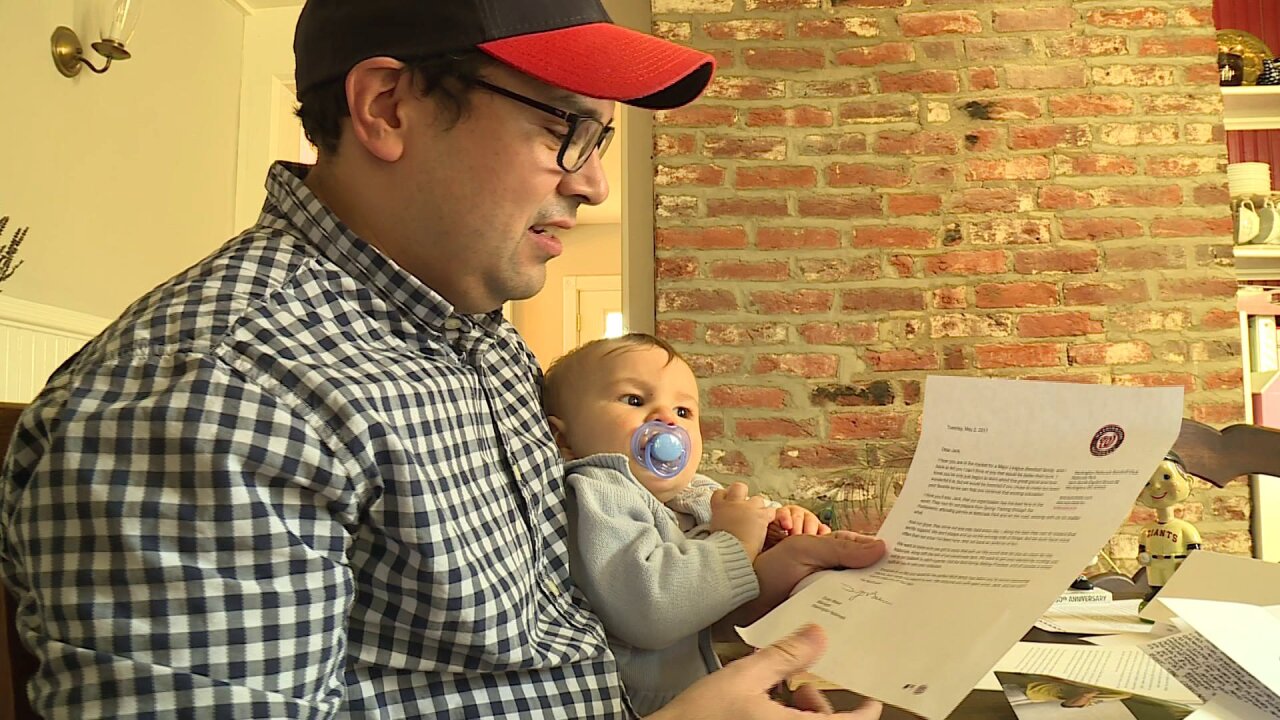 HANOVER COUNTY, Va. -- Growing up a baseball fan in Midlothian, Pete Van Vleet religiously attended games at Parker Field and then the Diamond with the Richmond Braves. He watched future stars like John Smoltz and Chipper Jones and future trivia question answers like Chico Ruiz, run the field.

But as for a major league team to follow, Van Vleet headed south, to a team with uniforms as bold as their players and a stadium to match. He became a Houston Astros fan, and has followed them all the way through this year's World Series title.

"They played a fun style of baseball, hit and run, stolen bases," Van Vleet said. "They just stole my heart. I watched them, fell in love and have been following them ever since."

Van Vleet and his wife have a son, Jack who was born in February and has not yet mastered the nuances of the double switch or the hit and run. But when a family friend assumed Jack would be another Astros fan in the household, Pete got an idea.

Rather than force his own allegiance onto his son, it would be Jack's decision.

"There is nothing like following a team throughout the summer," Van Vleet said. "You put your hopes and aspirations into a team and lose yourself in a baseball season. It's just a great way to mark the passage of time."

While riding the train back and forth to his job with PBS in Crystal City, Van Vleet decided to write to every major league team on behalf of his son, asking why they would be worthy of Jack's future devotion.

Pete didn't expect to hear back from many of them, but 22 of the 30 teams have so far responded. Some have just sent a few sentences, while some have sent half a gift shop.

"The Red Sox came through with player autographs from Handley Ramirez, etc, and a little bag of Fenway dirt. And how cool and creative is that?"

The letter from the Red Sox read, in part: "Dear Jack. I hear you're thinking about becoming a fan of the Boston Red Sox. That's great, and it makes the whole team really happy. We love our fans and we especially love to hear about fans outside of New England."

Former Nationals manager Dusty Baker wrote in as well: "I hear you're in the market for a major league baseball family and I have to tell you, I can't think of any that would be better than ours. I know you've only just begun to learn about this great game and how wonderful it is, but we would be honored if you would make our team your favorite so we can continue that exciting education."

"The selection of a favorite team is something we take very seriously," wrote another team. "Baseball is more than a game, it's a bond between families and friends."

"We hope to have you as a fan Jack. Please know that we are already a big fan of yours. Sincerely, the St. Louis Cardinals."

Van Vleet hopes that, one day, when Jack is able to make that decision, he will learn more from the game than just balls and strikes. Pete believes the game can teach lessons beyond the bullpen and dugout.

"It's a game of heartbreak," Van Vleet said. "You're gonna lose. The best teams lose 50 to 60 games each year. If you can learn how to deal with failure and heartbreak, you're going to be ok."

It will be some time before Jack is old enough to make his own decision. Should he venture into hockey, the New Jersey Devils also sent a care package without Pete even contacting them.