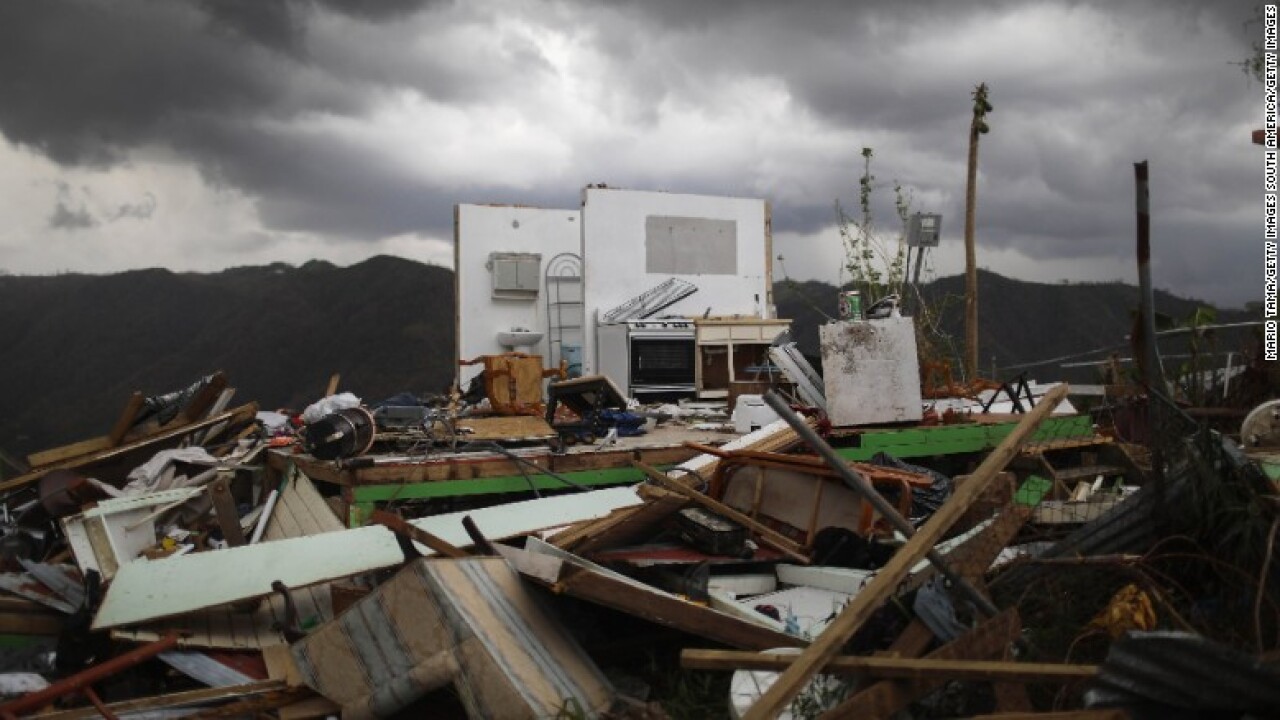 The actual death toll from Hurricane Maria may be more than eight times higher than the official number from the Puerto Rican government, according to two demographers who conducted a statistical assessment of reported deaths.

The analysis by Alexis Santos, director of graduate studies in applied demography at Pennsylvania State University, and Jeffrey Howard, a demographer and epidemiologist at the US Department of Defense, which has not been peer-reviewed, finds an estimated 518 more people died in Puerto Rico in September 2017, the month of Hurricane Maria, than died during previous Septembers on the island.

That’s “a number of deaths that far exceeds what we would normally expect,” Howard told CNN.

The estimate is not an accounting of individual hurricane deaths, he said, but rather is a statistical look at how many people died the month of the hurricane versus the number that normally would be expected to die in that month. It’s unclear exactly when the extra deaths occurred that month. Hurricane Maria hit on September 20.

The number is a ballpark figure — but it’s substantiated, Howard said, by a recently published CNN survey of 112 funeral homes in Puerto Rico. As part of that investigation, funeral home staff told CNN they saw 499 deaths in the month after the hurricane — September 20 to October 19 — that they claim are related to the storm and its aftermath. “These numbers are very similar and so that leads me to think there’s something to this,” Howard said.

The Puerto Rican government maintains only 58 people died as a result of the hurricane, which slammed into the Caribbean island, tearing roofs off of homes and cutting power and water service for millions of people.

Puerto Rican officials stand by that count as accurate based on the information they have received to date. “As I have reiterated on previous occasions, deaths related to Hurricane Maria are not based on estimates or projections. Likewise, I have always pointed out that cases presented to our consideration will be investigated and will be added to the death cases related to the hurricane, directly or indirectly, based on the evidence presented,” Héctor M. Pesquera, secretary of Puerto Rico’s Department of Public Safety, which oversees the count, said in a statement issued to CNN.

For weeks, the official hurricane death toll has been called into question by CNN, politicians and other news outlets, including BuzzFeed, Vox and Puerto Rico’s Center for Investigative Journalism. In October, CNN spoke with funeral home directors in Arecibo who questioned the official death toll in that municipality. This month, after receiving tips from readers through an online form, we surveyed about half of the island’s funeral homes to widen the scope.

Reports of deaths to CNN by funeral home staff are, by their nature, subjective. Funeral home directors do often speak with families of the deceased, however. And we asked funeral homes to consult their records in making their estimates.

Those who wish to do so can email info@dsp.pr.gov, she said.

Meanwhile, Ortiz said, the Puerto Rican government is still investigating some of the deaths highlighted by CNN’s island-wide survey. One death CNN reported on — that of Quintín Vidal Rolón, in Cayey — was added to the official list on Wednesday night, she confirmed.

The academic death toll estimate has not been peer-reviewed. It was published online on November 21. Still, the methods the researchers employed are well regarded by several academics we’ve spoken to.

The figures for previous years were provided by the Puerto Rico Vital Statistics system. The September 2017 figure came from the Department of Public Safety, which has said 2,838 died that month, with 95% of all deaths being reported, according to the analysis posted online. The researchers estimated the total number of deaths for September and then compared that to the averages for the same month in previous years. “I’m very sure of the number,” Santos said by phone.

The final death counts for September and October of this year have not been released by the Puerto Rican government, Santos said. Those figures are needed, he said, in order to provide a more accurate estimate of deaths that may have been related to the hurricane.

“I didn’t think the discrepancy would be as high as tenfold, but these people did a good job by established methods,” said John Mutter, a professor at Columbia University who researched deaths following Hurricane Katrina and who reviewed the online paper for CNN. “They are likely correct,” he said in an email.

Joshua Goldstein, a demographer at the University of California at Berkeley, also reviewed the estimates at CNN’s request.

“The authors argue that the number of excess deaths following Maria was beyond normal year-to-year fluctuations,” he said in an email. “Their methods appear to be a reasonable first analysis, but the paper’s findings, especially because they have not been through peer review, should not be interpreted as the final word.”

Santos, the Penn State demographer, started working on these estimates after seeing many of his Puerto Rican friends post about possible hurricane-related deaths on social media. He said his mom, who is a nurse in Puerto Rico, also gave him the impression that there may have been more deaths than the government was counting.

The death toll matters, experts say, because it can influence aid and government response.

Families of people who are listed as having died in the hurricane also may be eligible to have some funeral expenses covered by the US government, according to a spokesman for the Federal Emergency Management Agency.

“A lot of people are asking us why the fixation with knowing the number,” Santos said. “The big issue is not the fixation with the number. It’s more about wanting to know the number so we can make an assessment of the impact of the hurricane — and then we can have a discussion about what policies we need to change in order to prevent excess deaths in the event of another natural disaster.”

“The healing process starts by knowing the truth,” he added.