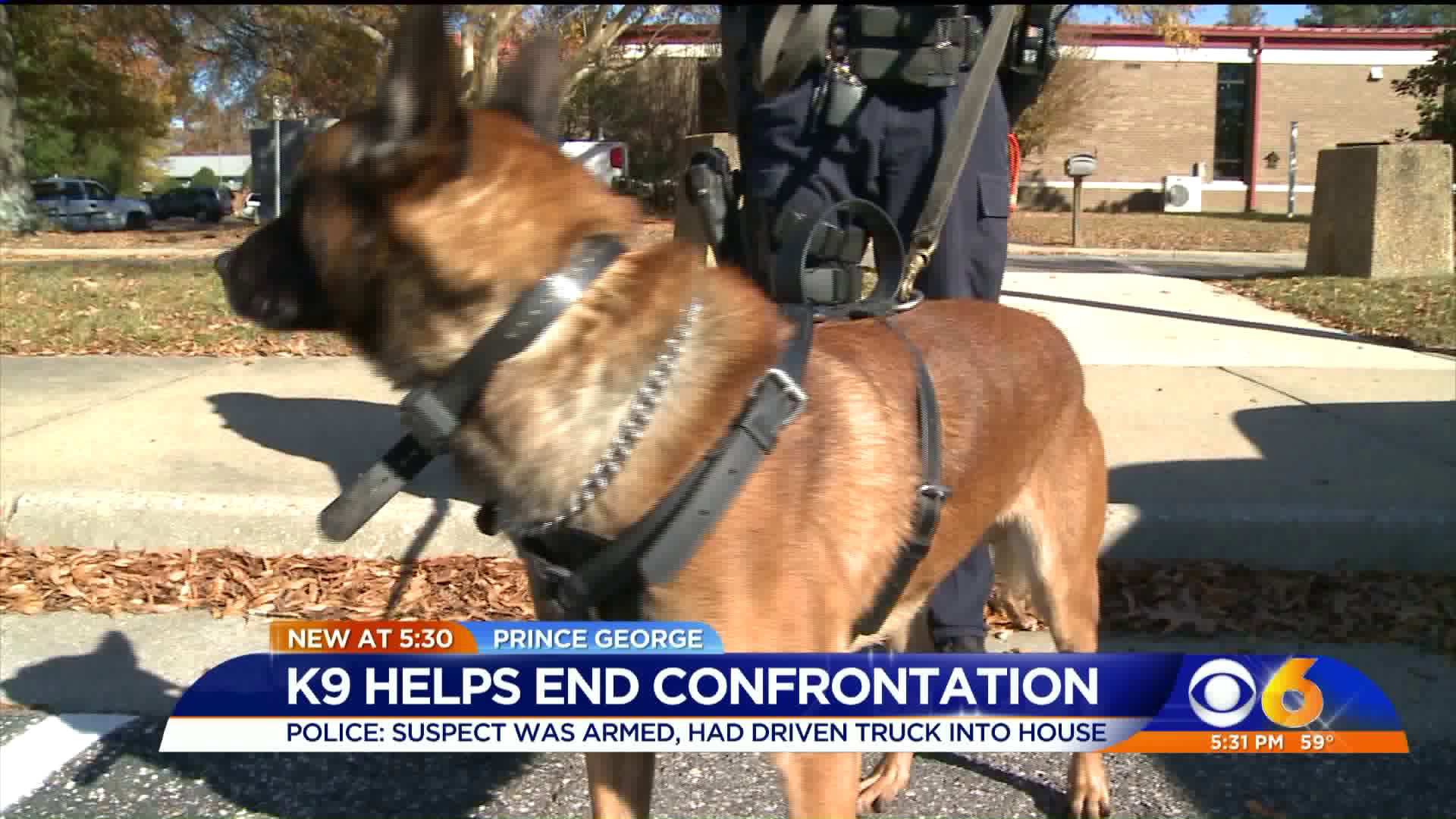 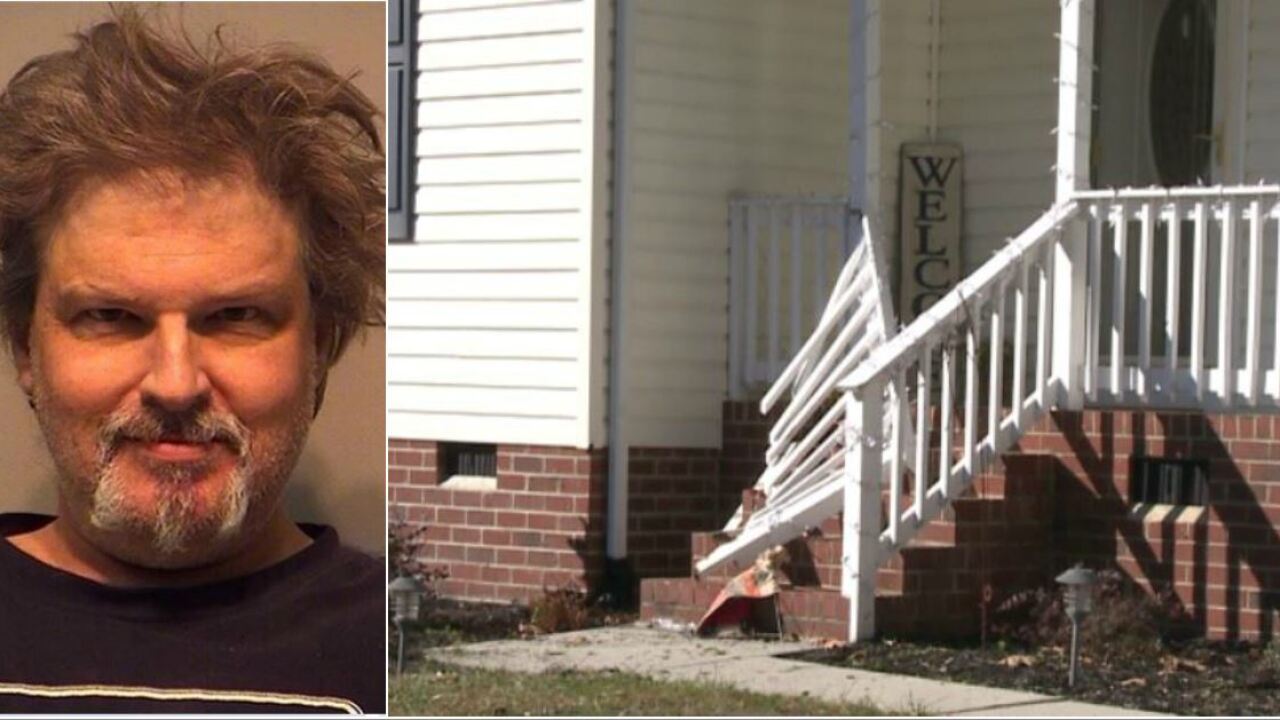 PRINCE GEORGE, Va. – Prince George County Police credit a K-9 named Chace with the surrender of an intoxicated, “disturbed individual” who they said rammed his pickup truck into a person’s home.

The homeowner was working on his fireplace when Joseph E. Perkinson, age 48, began driving into things on his property.

“Yeah, working on my fireplace and all of a sudden hear a loud bang, and the whole house shook,” said the homeowner, who wished to remain anonymous. “I actually opened the main door and looked out the storm door and saw the railing knocked over and saw the truck heading out to the front of the property.

Porch damaged by truck ramming into it.

He called 911 around 5 p.m. on Nov. 27. Perkinson had circled the home in his pickup truck – and then struck trees, a fence, and a well cover before he rammed into the house.

“I’m on the phone with 911, not really sure what his intentions are – if he’s trying to hurt me, get me to come out of the house, for some reason,” the homeowner said.

He moved to the hallways of the house, away from windows and doors, until police arrived.

“I was definitely relieved to see them show up on site,” he said.

The homeowner looked out to see this truck running into his house.

Police said they tried several times to get Perkinson exit the truck. Then Chace was released, and tasked with entering the truck through the open window. Police said that when Chace “engaged the suspect” it provided a distraction for them to arrest Perkinson.

Perkinson was treated for bite wounds on his left arm. No other injuries were sustained during these events.

Police said a loaded 45-caliber pistol in immediate proximity to Perkinson was recovered. Without K-9 Chace, police said the outcome of this situation very likely would have been more consequential.

“This morning we may be in a different situation had it not been for our K-9 program and our K-9 officer being on scene with the resources,” said Police Chief Keith Early. “We very easily could be talking about a shooting, an officer involved shooting…”.

"We were dealing with a very disturbed individual," Early said.

Perkinson was arrested for felony destruction of property, concealed weapon, driving under the influence, and obstruction of justice.

At this time, the Prince George County Police has not established any connection between the suspect and homeowner.