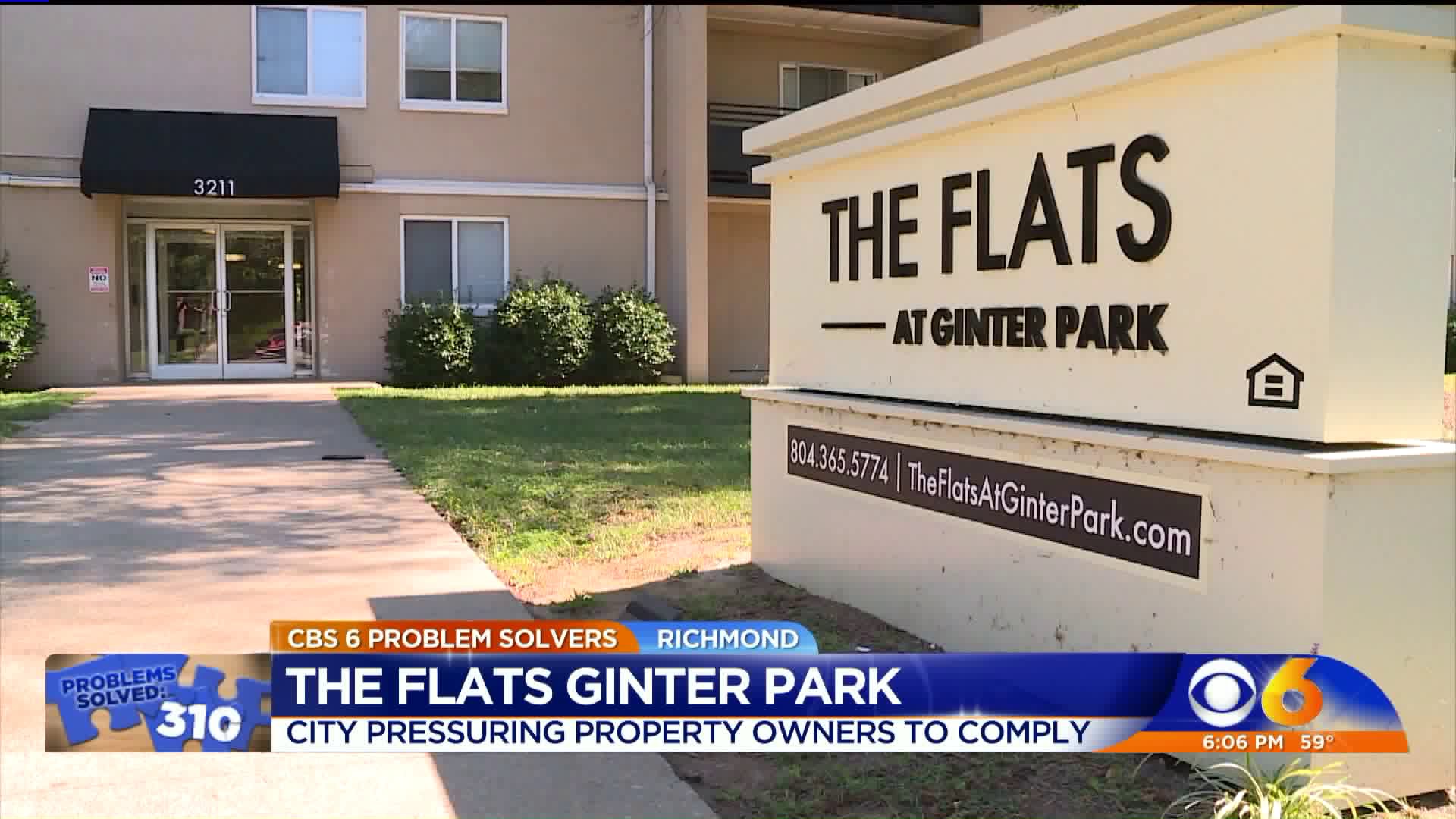 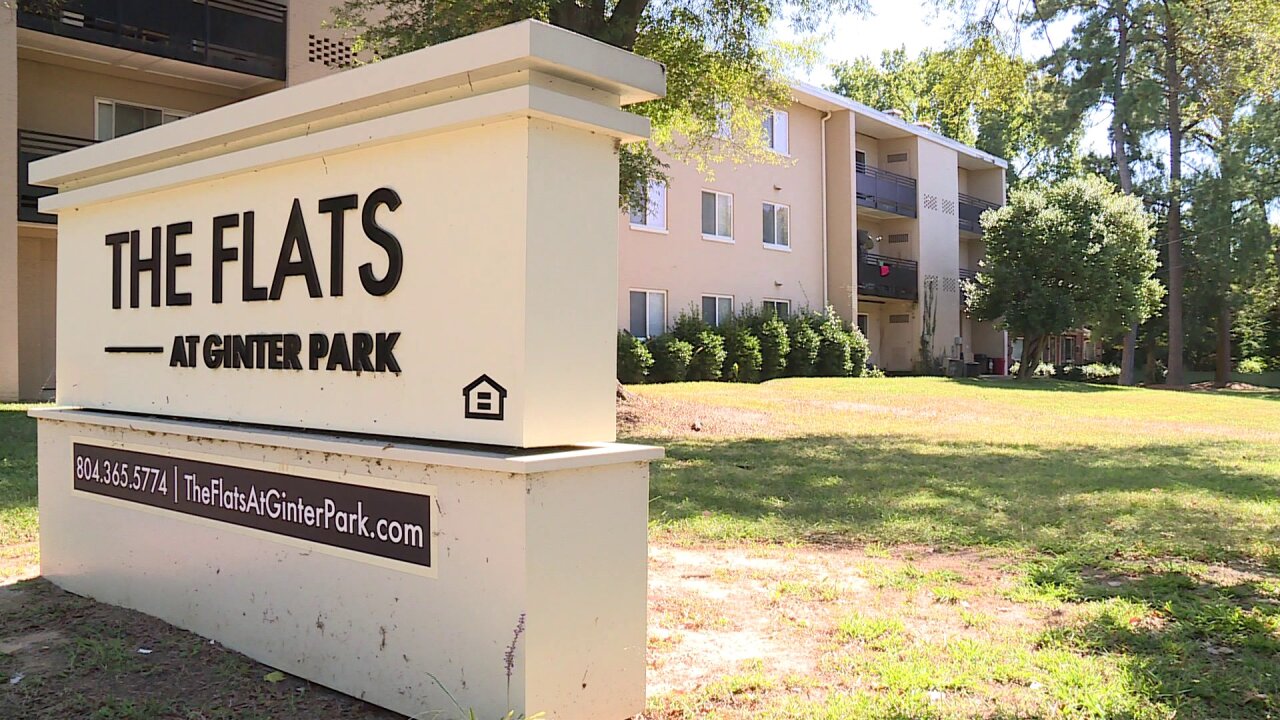 RICHMOND, Va. -- Residents at the Flats at Ginter Park say their apartments are falling apart around them and management isn't helping. In fact, three buildings have been condemned over the last couple weeks.

Now, the City of Richmond is stepping in to help the residents of the apartment complex.

One of those residents in need of help is Cheryl Brown, who says the conditions at the complex has taken a toll on her.

So, Brown needs to live in a healthy environment.

When she moved into the apartment complex back in July of 2016, she dealt with numerous issues. She said management eventually fixed them.

Now, a year later, Brown says she is experiencing water leaks from her bathroom and bedroom ceilings, spindles missing from the railings, and then she came home last week to find the trim around her front door had literally came off.

“The guy came out. He looked at it and his words were, ’the supervisor’s going to come out and take care of it,’’’ Brown recalled.

Brown said maintenance never came out to fix it.

She says she was then told to secure it the best way she know how, because they were not going to fix it.

“They don’t have the materials. And so, I had to call someone and get it fixed on my own,” said Brown. “That’s was money out of my pocket that I did not have. But I was not going to have my door just open for anybody to come in."

Brown's issues are among those being addressed by Richmond’s Code Enforcement.

Operations Director John Walsh told the CBS 6 Problem Solvers that the property owners at the Flats at Ginter Park have changed management companies twice over past year and a half in an effort to get the 300 plus code violations taken care of.

“It was something that they seemed to have control of. They showed good progress," said Walsh.

But Walsh said the conditions have gotten worse, even prompting them to condemn buildings.

If the property owners fail to comply going forward, it could ultimately lead to the city shutting down the complex.

“We’ve given them the opportunity to fix it. If they haven’t fixed those things we need to at this point, go ahead and start filing the summons against the property owners and hauling them into court and getting compliance through the court system," said Walsh.

As for Cheryl Brown, she wants the court to take action against the Flats while her rent money sits in escrow.

“It’s not right for people to take our money and them not fix up anything," said Brown.

Walsh said the city is meeting with the property management on Thursday to get a detailed plan for every building in the apartment complex. They will have 10 days to comply with that plan.

If not, a judge will decide the fate of this complex.

As for tenants living there, the city will help them move if more apartments are condemned.