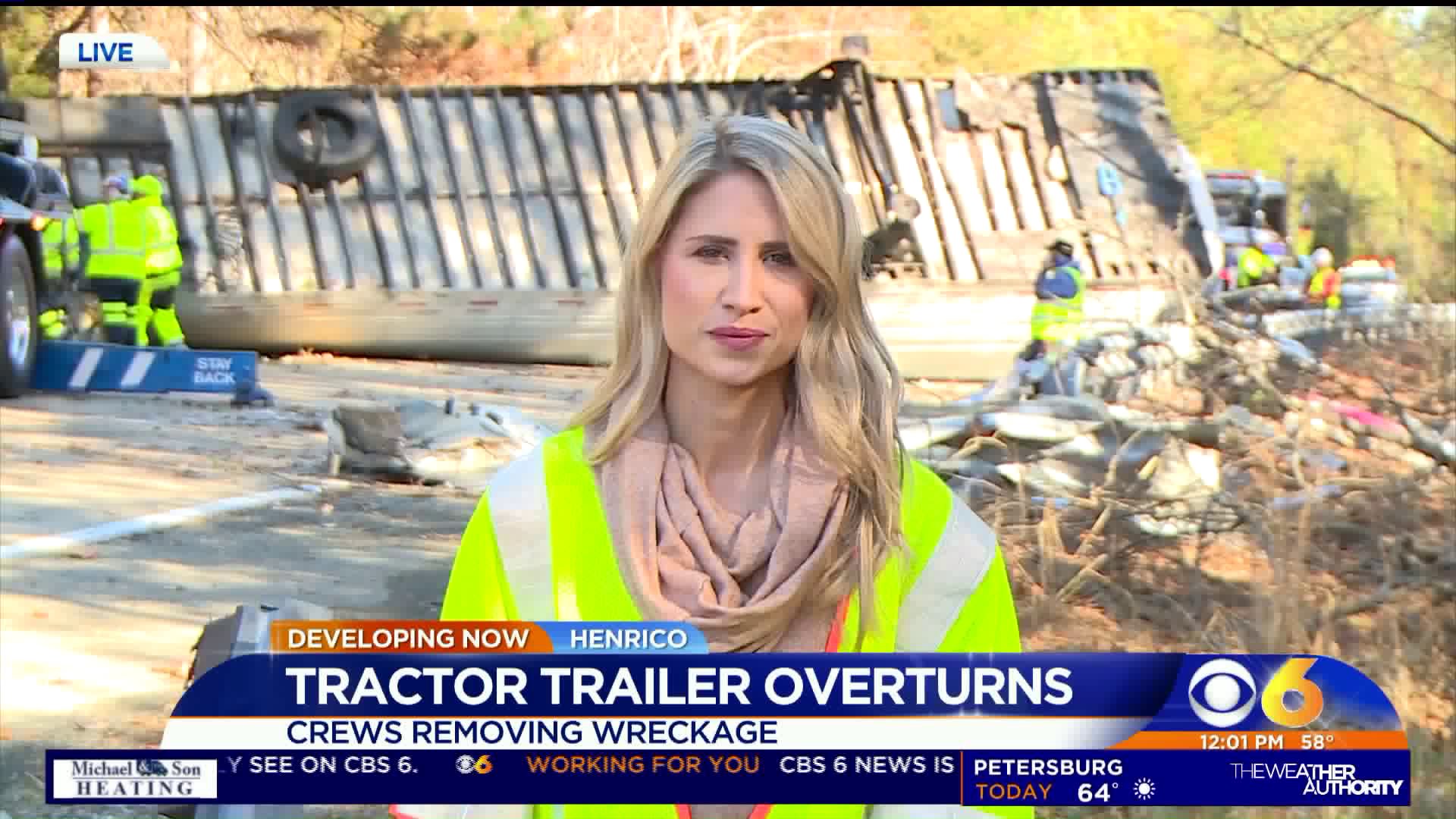 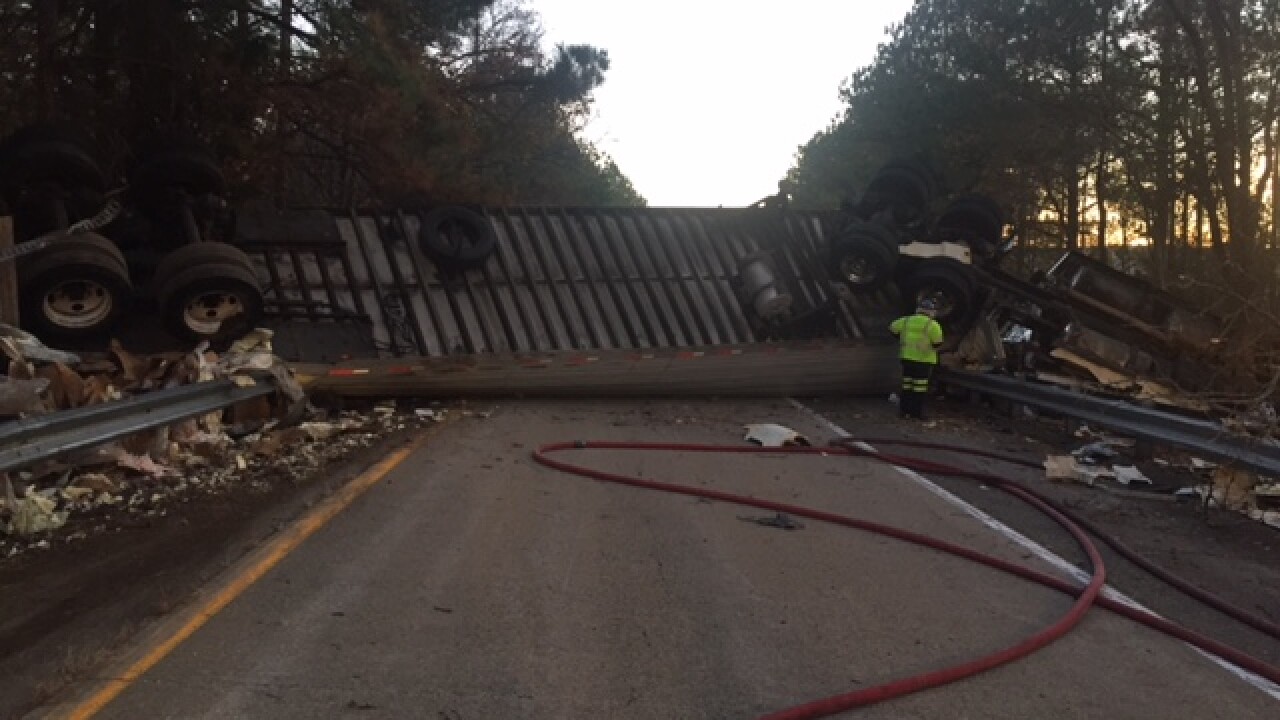 HENRICO COUNTY, Va. --  A tractor trailer hauling chicken overturned as it attempted to exit Interstate 295 in eastern Henrico Tuesday morning. The crash, and clean up, has shutdown the ramp from Interstate 295 north onto Route 5 east (Exit 22A).

The truck driver fell asleep behind the wheel, lost control on the exit ramp, over-corrected, and then overturned the truck, according to Virginia State Police.

Henrico Fire and EMS spokesman Captain Taylor Goodman said the driver was trapped in the tractor trailer after accident. Henrico crews got him out and he was treated for minor injuries at the scene.

"We had to bring the heavy wrecker service in, private contractors had to pump all the fuel--couple hundred gallons out of those tanks --so we minimize chances of explosion or leak or anything like that," Goodman said. "We also have to work with folks from the USDA to make sure all of poultry is being disposed of the way it's supposed to be." 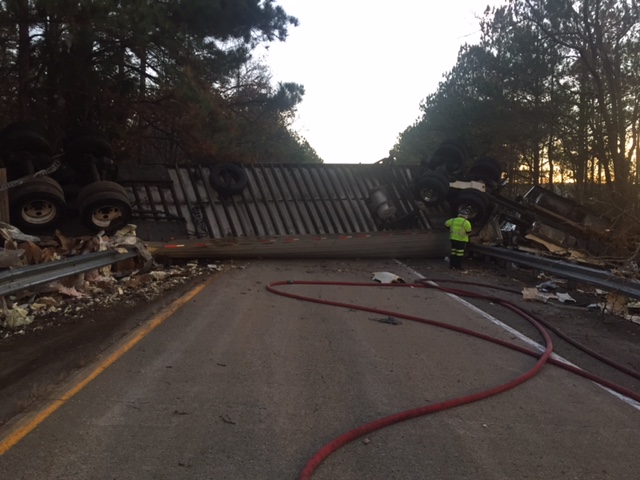 The truck was carrying 34,000 pounds of frozen chicken, according to police. The chicken was laying on the ground around the crash site.

In order to tow the tractor trailer away, it will have to be split in half, and taken in two parts.

Troopers have not identified the driver yet, but said he was charged with reckless driving.