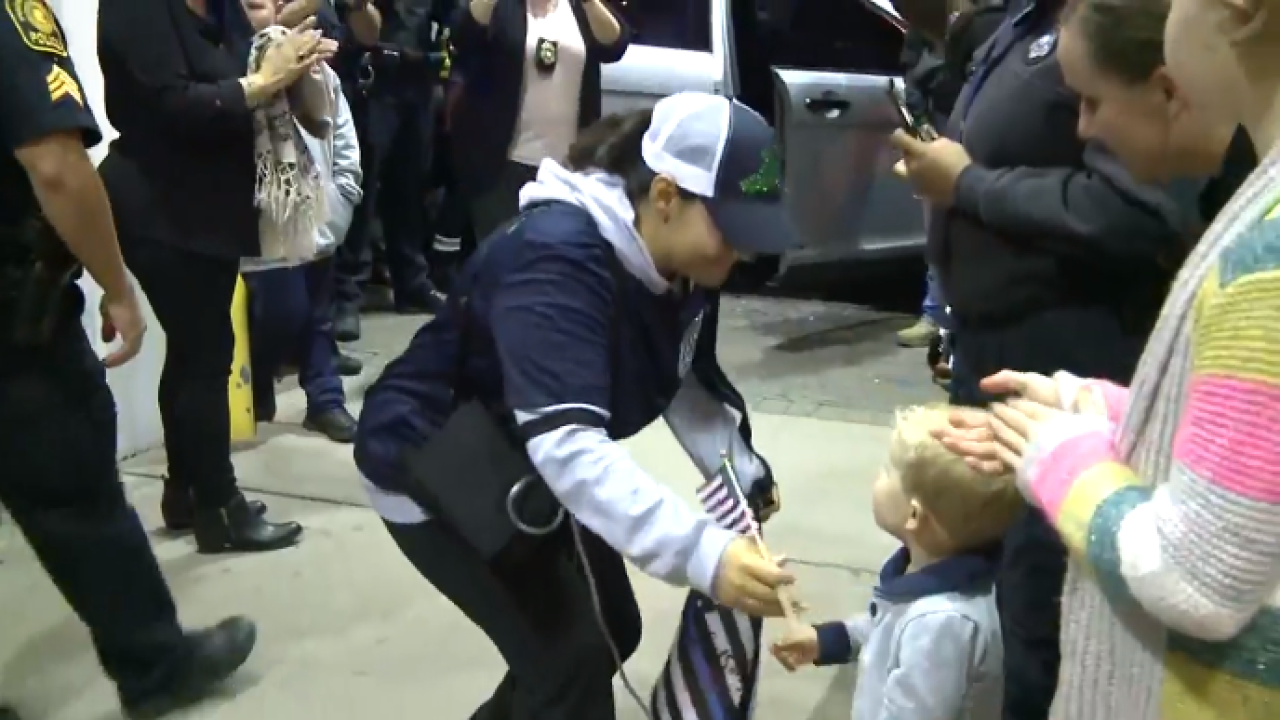 The Portsmouth police officer who was shot several times earlier this month will spend her Thanksgiving holiday at home.

Officer Baaklini, 28, was shot five times while trying to take a runaway teen into custody on November 6. She has undergone several surgeries for her injuries and is still recovering. Doctors estimate it will be at least a year before she is 100 percent.

The 15-year-old suspect, who was captured shortly after the shooting, was also reportedly a member of the ‘300 Gang.’

He was in his aunt’s custody when he ran away, and officers said he refused to give his hands when officer Baaklini was trying to arrest him.

On Sunday, 8-year-old Braxton ran the Norfolk Harbor Half Marathon carrying a flag with Baaklini’s name on it and presented it to her at the hospital.