US threatens to close Palestinian office in D.C. 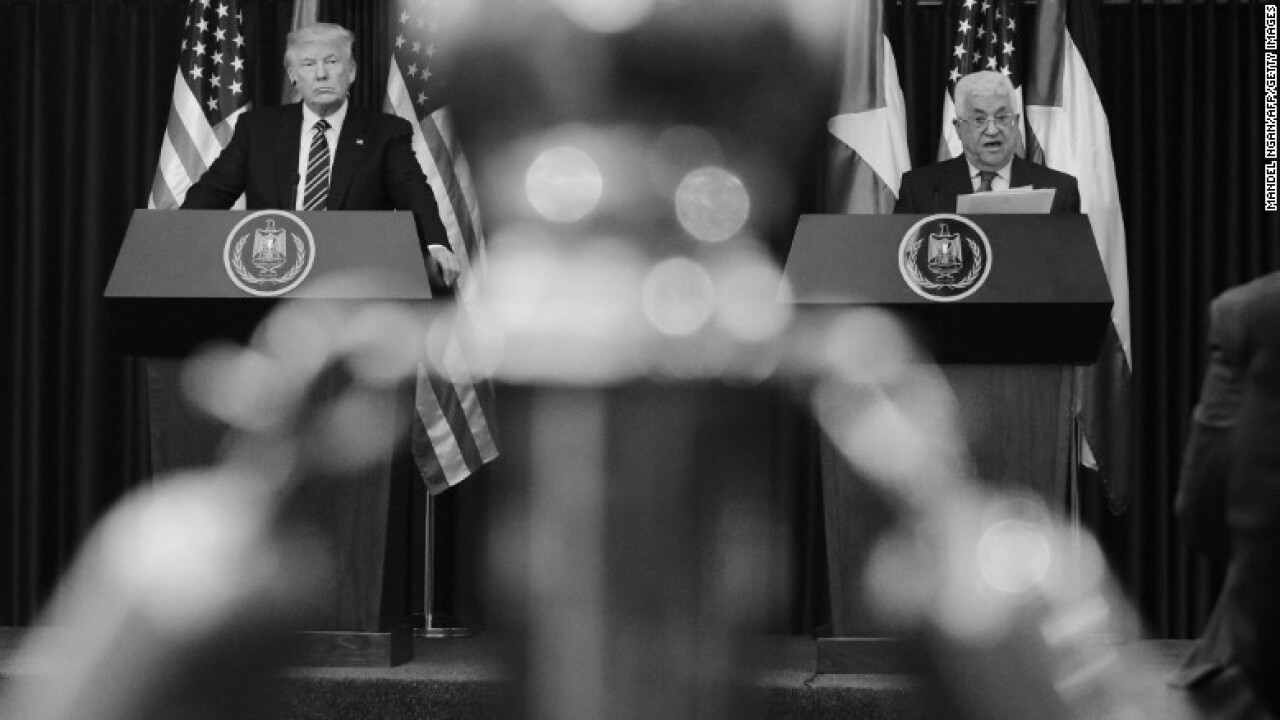 The Trump administration put the Palestinian Liberation Organization on notice Friday that it will close the group’s office in Washington if the Palestinians don’t get serious about peace talks with Israel, State Department officials said.

Secretary of State Rex Tillerson has determined the Palestinians have violated a rarely invoked provision in US law that calls for the closure of the Palestine Liberation Organization’s mission if they act against Israel in the International Criminal Court, the officials said.

The department asserts that Palestinian President Mahmoud Abbas ran afoul of the law in September when he called on the ICC to investigate and prosecute Israel for war crimes against the Palestinians.

“The secretary concluded that the factual record, certain statements made by Palestinian leaders about the ICC, did not permit (Tillerson) to make the factual certification required by the statute” to keep the PLO mission open, a State Department official said.

In a speech to the UN General Assembly, Abbas said the Palestinians have asked the the ICC “to open an investigation and to prosecute Israeli officials for their involvement in settlement activities and aggressions against our people.”

Saeb Erekat, a top PLO official and lead Palestinian negotiator, said the Palestinians have responded to Tillerson’s determination by warning they will end all contact with the Trump administration if it closes the US office.

“This is the pressure being exerted on this administration from the Netanyahu government; at a time when we are trying to cooperate to achieve the ultimate deal, they take such steps which will undermine the whole peace process,” Erekat said in a statement to CNN.

Israeli Prime Minister Benjamin Netanyahu’s office issued a short statement calling the US decision “a matter of US law.”

“We respect the decision and look forward to continuing to work with the US to advance peace and security in the region,” it said.

The Associated Press first reported the news of Tillerson’s decision and the notification to the Palestinians.

This month, the White House said officials are preparing a peace proposal which they intend to put forward at a unspecified time. They have provided no details about the proposal, but Kushner and Greenblatt have been shuttling to the Middle East region to meet with Palestinians, Israelis and Arab nations in hopes of securing a deal.

Although the United States does not recognize statehood for the Palestinians, President Bill Clinton waived a 1980s-era law that barred them from having an office and allowed the PLO, which formally represents all Palestinians, to open a mission in Washington in 1994. President Obama allowed the Palestinians to fly the flag over their office, upgrading the status of their mission, in 2011.

Congress added a provision to the law in 2015 requiring the shuttering of the mission if the Palestinians seek to “influence a determination by the ICC to initiate a judicially authorized investigation, or to actively support such an investigation, that subjects Israeli nationals to an investigation for alleged crimes against Palestinians.”

Before the change to the law, the president could keep the PLO mission open merely by certifying that waiving the ban on Palestinian representation in the United States was in the US national interest. The most recent certification period ended in November.

Trump, meanwhile, could also waive Tillerson’s determination; the President now has 90 days to consider whether the Palestinians are engaged in “direct and meaningful negotiations with Israel” before making such a decision.

However, the law does not specifically define what constitutes direct or meaningful negations.

Even if Trump decides to close the office, a State Department official said the United States would not completely cut off relations with the Palestinians and is focused on bringing about a comprehensive peace deal.

“We remain focused on a comprehensive peace agreement between the Israelis and the Palestinians that will resolve core issues between the parties,” the official said in an email. “This measure should in no way be a signal that the US is backing off those efforts. Nor should it be exploited by those who seek to act as spoilers to distract from the imperative of reaching a peace agreement.”