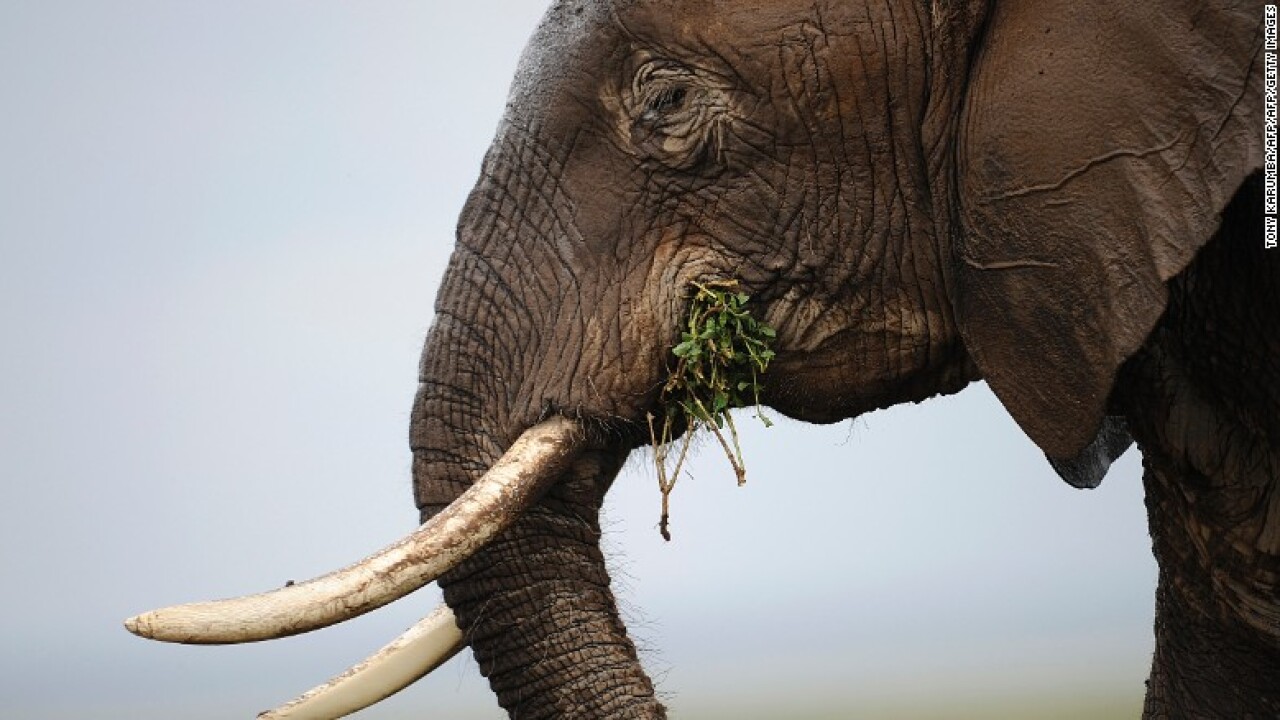 President Donald Trump said Friday that he has decided to put a decision about big-game trophies on hold.

“Put big game trophy decision on hold until such time as I review all conservation facts,” Trump said on Twitter. “Under study for years. Will update soon with Secretary Zinke. Thank you!”

Trump was referencing his administration’s decision to remove restrictions on importing African elephant trophies from Zimbabwe and Zambia.

His tweet came on the same day that a notice allowing elephant trophies from Zimbabwe appeared in the Federal Register.

The decision meant Americans would be able to hunt the endangered big game and now bring trophies home.

Big game hunting is an activity that garnered worldwide attention in 2015 when a Minnesota dentist took Cecil, perhaps the world’s most famous lion, near a wildlife park in Zimbabwe.

A US Fish and Wildlife Service spokesman said the move would allow the two African countries to include US sport hunting as part of their management plans for the elephants and allow them to put “much-needed revenue back into conservation.”

Critics, however, note the restrictions were created by the Obama administration in 2014 because the African elephant population had dropped. The animals are listed in the Endangered Species Act, which requires the US government to protect endangered species in other countries.

“We can’t control what happens in foreign countries, but what we can control is a restriction on imports on parts of the animals,” Wayne Pacelle, president and CEO of the Humane Society of the United States, said earlier this week.

On Friday, Pacelle said, “Grateful to President Trump for reassessing elephant and lion trophy hunting imports. This is the kind of trade we don’t need.”

Secretary of the Interior Ryan Zinke issued a statement Friday night about putting the decision on hold: “President Trump and I have talked and both believe that conservation and healthy herds are critical. As a result, in a manner compliant with all applicable laws, rules, and regulations, the issuing of permits is being put on hold as the decision is being reviewed.”

Trump’s sons Donald Jr. and Eric are themselves big game hunters. Photos posted in 2012 by the website Gothamist show Donald Jr. holding an elephant tail. The website says the photos were from a 2011 hunt in Zimbabwe.