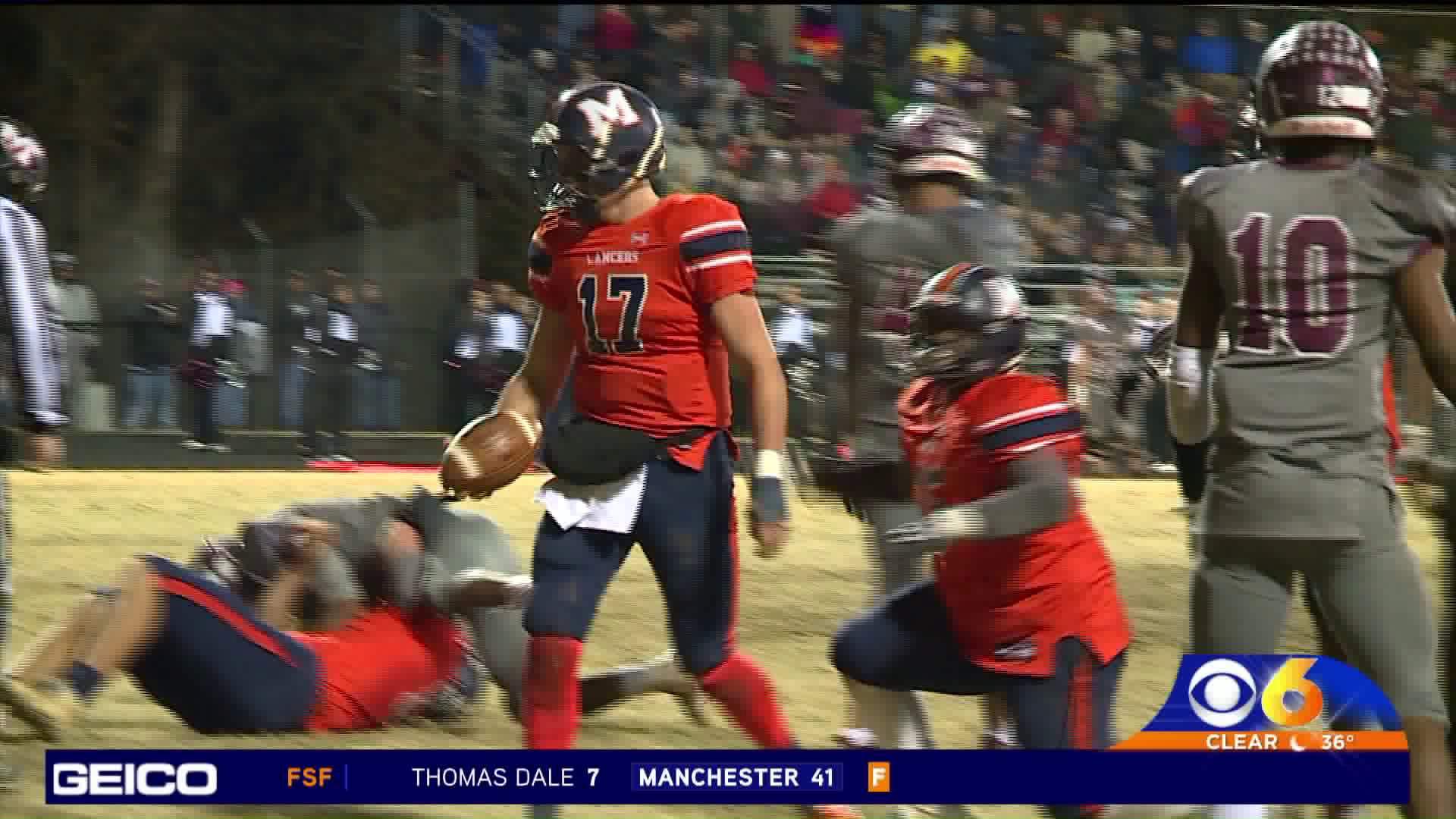 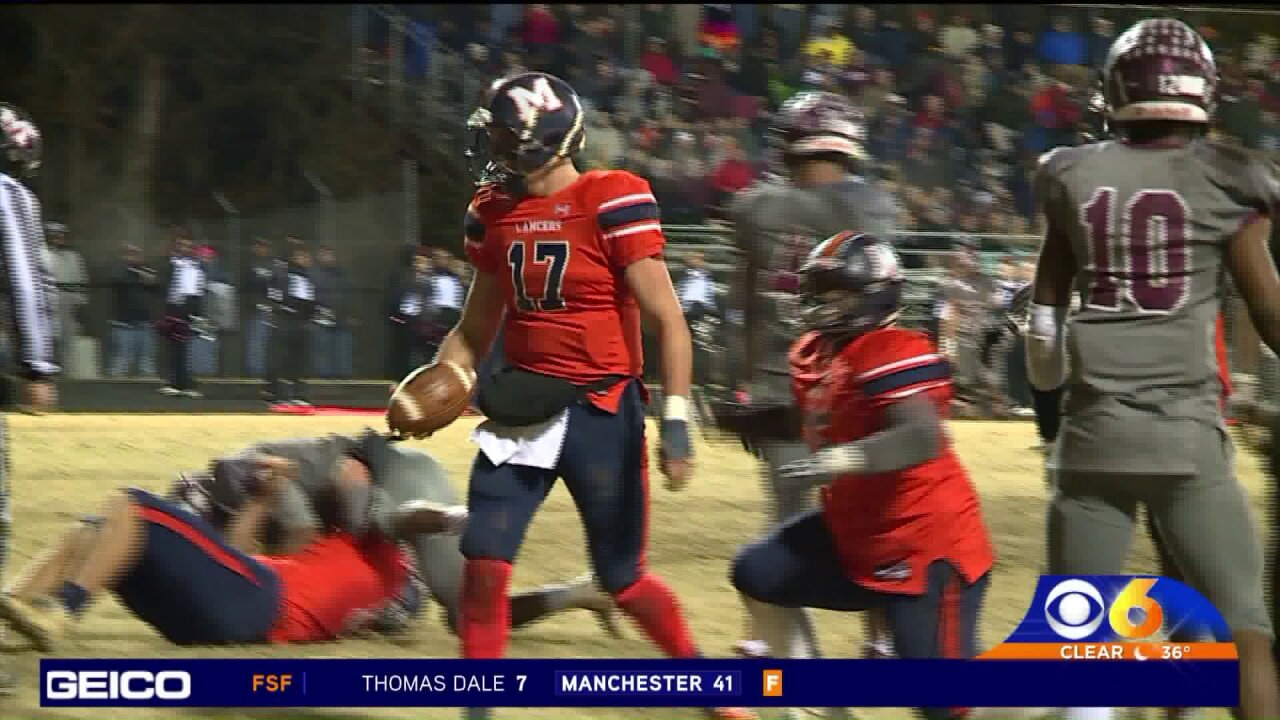 Chesterfield, Va. - After being tied at 7 at the half with Thomas Dale, Manchester unleashed 34 unanswered points to cruise past Thomas Dale 41-7.

Lancers quarterback Brendon Clark accounted for 4 Manchester touchdowns, 3 on the ground as he had 209 yard of total offense in the game. Jaysen Glover added a pair of scores as the Lancer defense stiffened and shut out the Knights in the second half.

Dale (9-3) got a 2 yard touchdown run from Michael Bailey in the second  quarter to tie the game at 7, but could not muster anything else after halftime.

Manchester (11-1) moves on to face Colonial Forge next week, the team that ended their season in the playoffs a year ago.