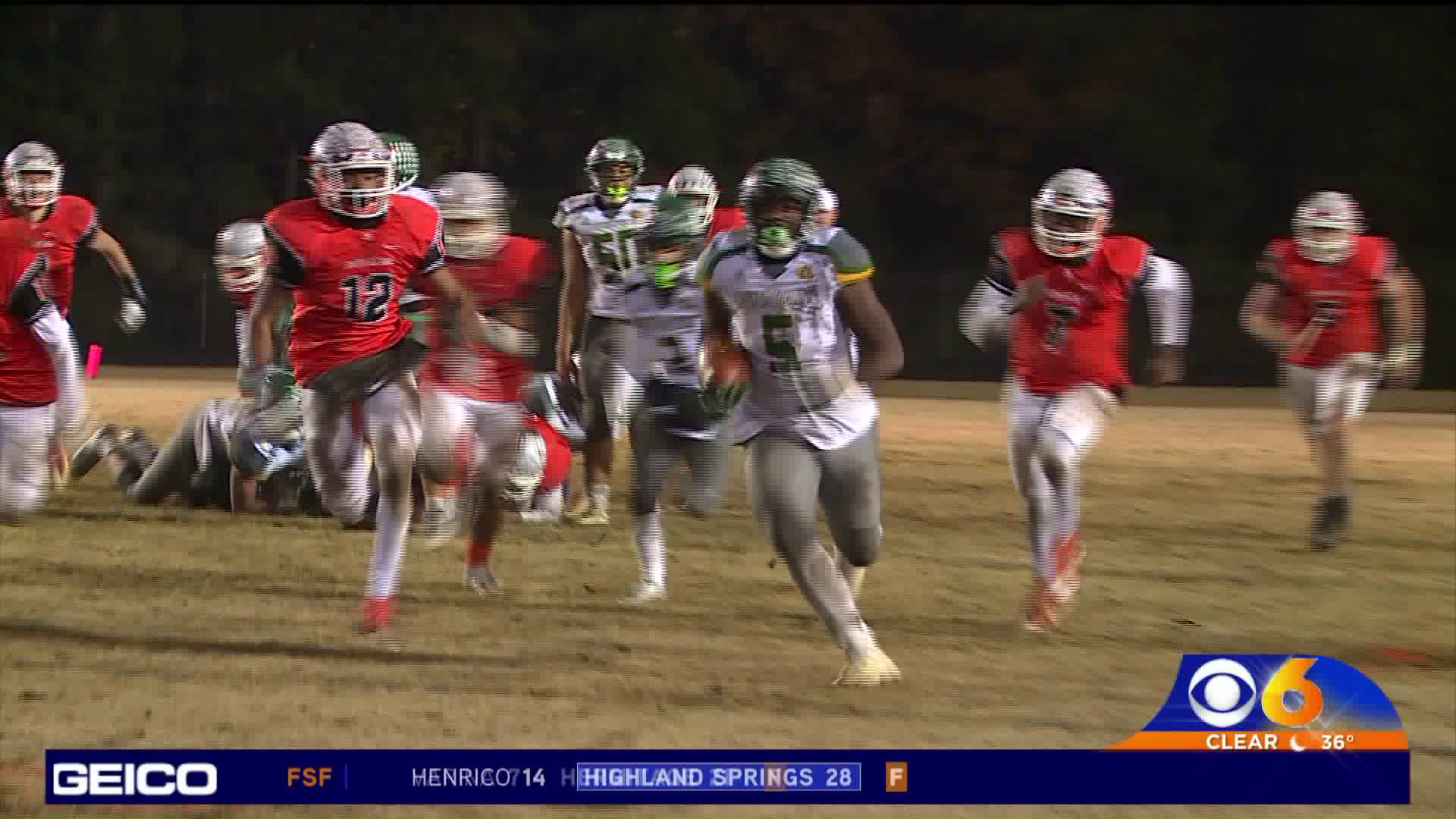 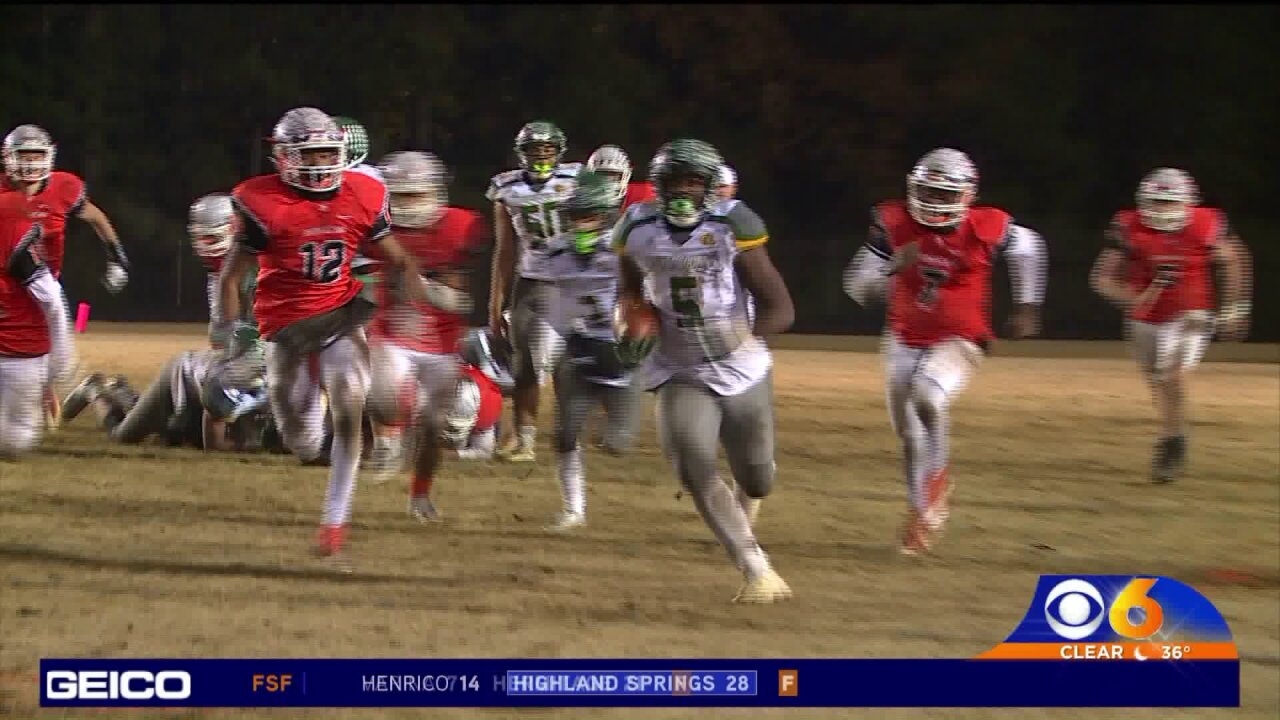 North Chesterfield, Va. - Many fans in Central Virginia were looking ahead to an undefeated rematch between Monacan and Dinwiddie, but the Louisa Lions had other plans.

Behind 379 yards on the ground, 208 of those from Malik Bell, the Lions came from behind on the road to upset the Chiefs 35-28. Bell rushed for 2 touchdowns and Job Whalen added 75 yards rushing and 2 scores.

The Chiefs held a 21-7 first half lead behind two touchdown passes from Syour Fludd and a rushing score from Korey Bridy. Fludd threw for 310 yards and Bridy added 94 on the ground.

The game's momentum changed just before halftime. Monacan converted a field goal twice but Louisa was flagged for roughing the kicker on each attempt. The Chiefs took the points off the board twice and tried to get a touchdown, but Fludd was picked off by Raquan Jones to end the threat.

Louisa then scored 28 unanswered points to take a lead they would never relinquish. The Lions are now 12-0 for the first time in school history and will travel to Dinwiddie next week. Monacan's season ends at 11-1.