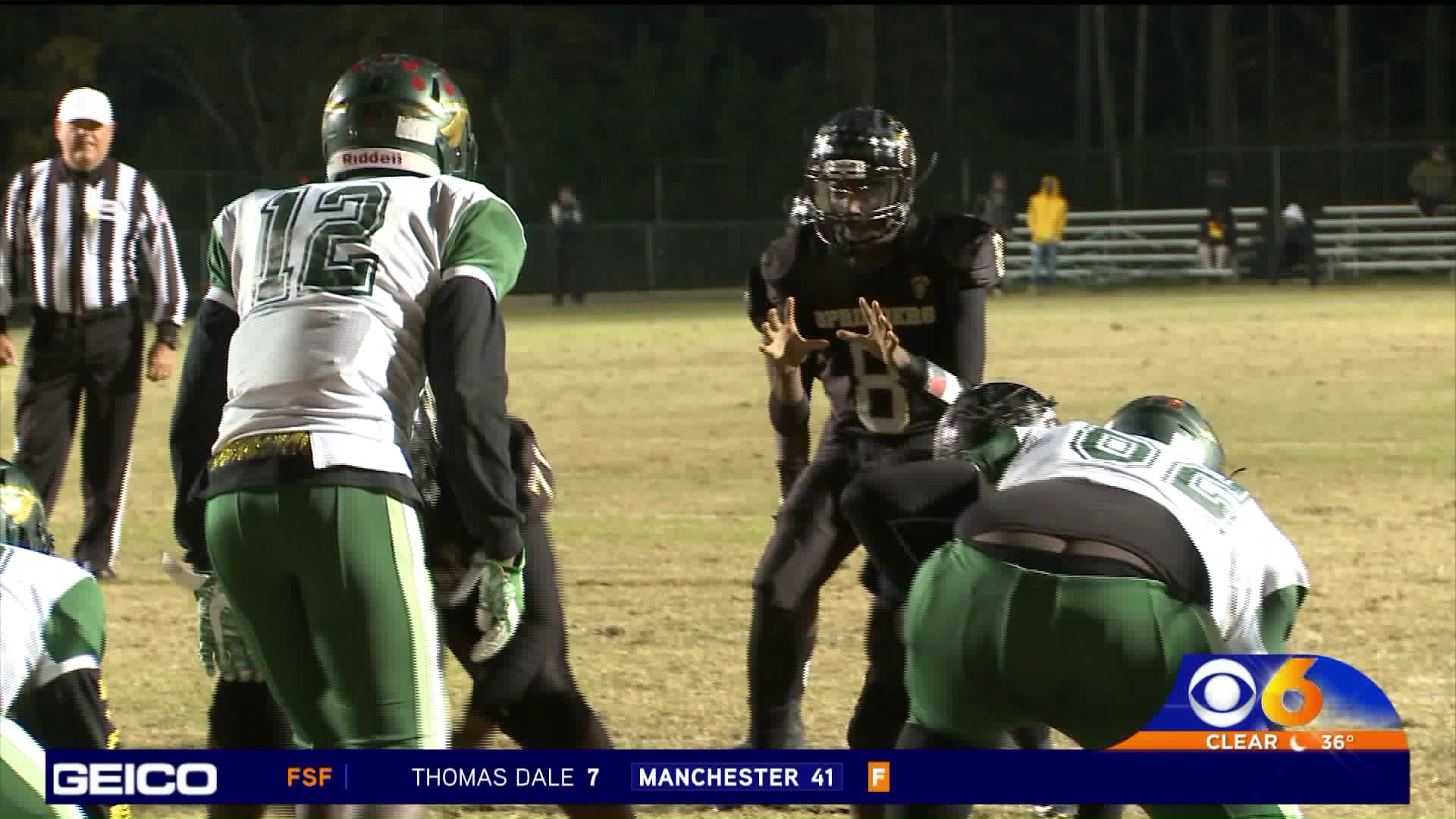 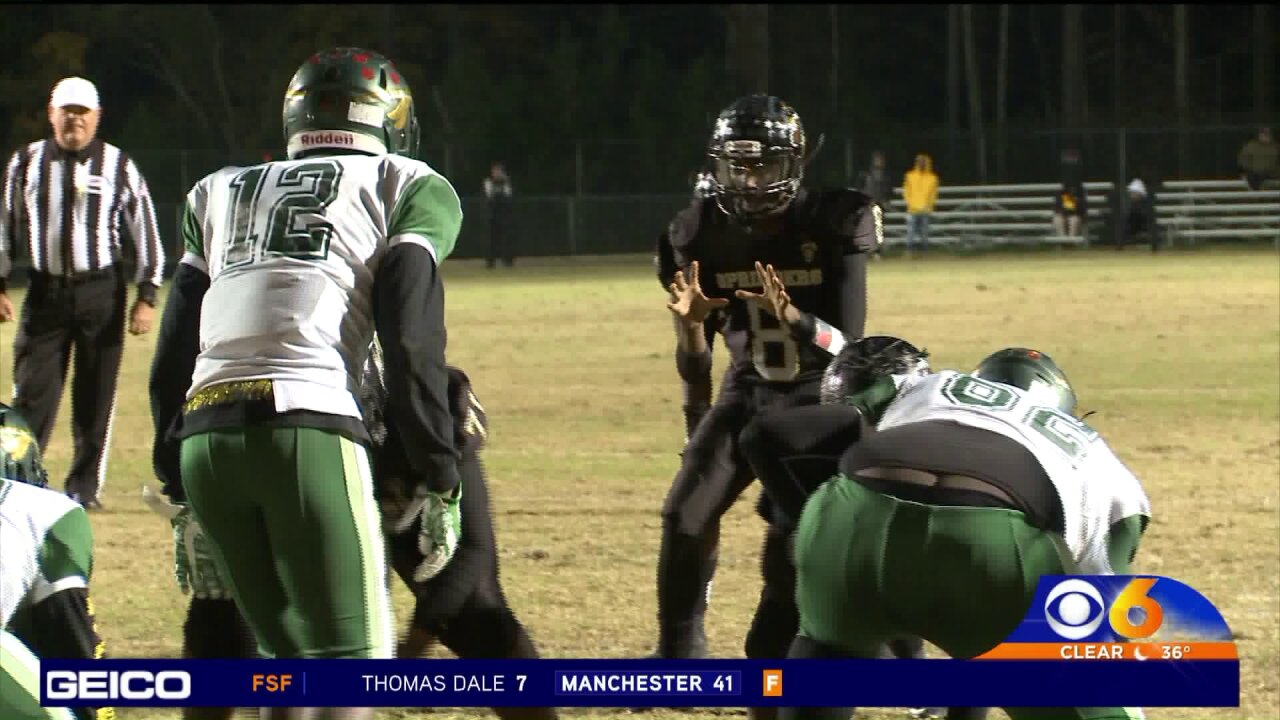 Henrico, VA - Highland Springs' 23-6 win over Henrico in the regular season was considered closer that what the final score would indicate.  The second time around for the two East End rivalry would be decided on the defense end as the Springers had four interceptions in a 28-14 to advance to the Region 5B State quarterfinals for the third straight season.

Henrico quarterback Lawrence Chambers, the Region 5B Player of the Year, was picked four times in the first half.  David Laney, who was the Springers' backup quarterback earlier in the season, had an 78 touchdown off an interception which gave Highland Springs a 14-0 lead in the second quarter.

The Springers defense forced five total turnovers in the game.  A Tyrelle Ellison fumble in the first quarter led to the game's initial touchdown from Billy Kemp IV from 10 yards out.

Highland Springs have won 12 straight postseason and 11 straight games overall since their week one loss to Hermitage.  Those two will meet for the second time this season and fifth time in the last three years in the Region 5B State Quarterfinals at Hermitage.  The previous four meetings, the two schools have split 2-2.