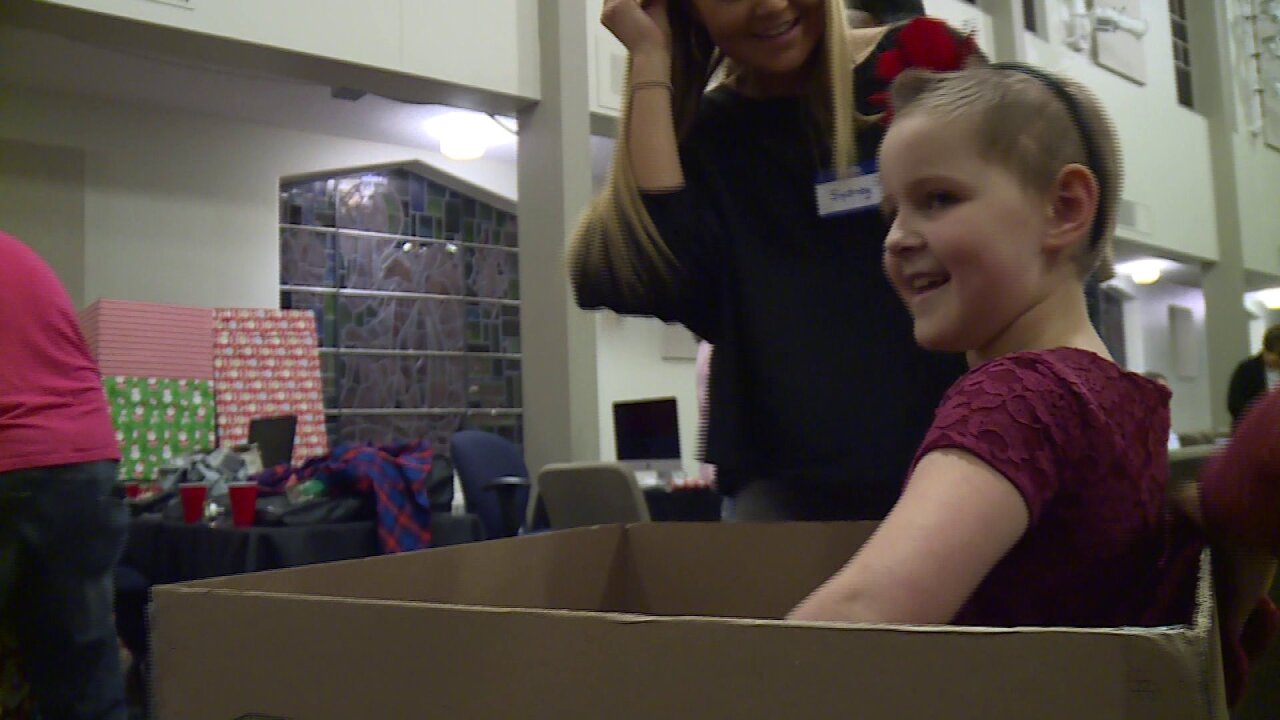 RICHMOND, Va. -- A seven-year-old girl from Mechanicsville is helping put a smile on the faces pediatric patients as she fights her own battle with brain cancer.

Sawyer Perkins hosted a toy wrapping party Tuesday night to wrap gifts for pediatric patients who will remain in the hospital through the holidays.

The 7-year-old was inspired to help others after the organization visited her in the hospital for her birthday this past summer.

"We didn't even know if she was going to make it through the night," her mother, Jamie Perkins, said.

Yet, Sawyer still had a smile on her face as she battled the life-threatening cancer.

The Mechanicsville girl has undergone a number of surgeries, chemotherapy and radiation sessions.

Sawyer is currently in between visits to St. Jude's hospital in Memphis for scans to check the status of her brain tumors.

“She still has cancer. She still has tumors in her brain, but we are waiting to see if the chemo helped,” said Perkins. “We go back for scans in three weeks.”

“In times of despair and times of sadness, I just feel, we you give back, it lifts us up and Sawyer and I just wanted to give back to the community and pay it forward,” added Perkins.