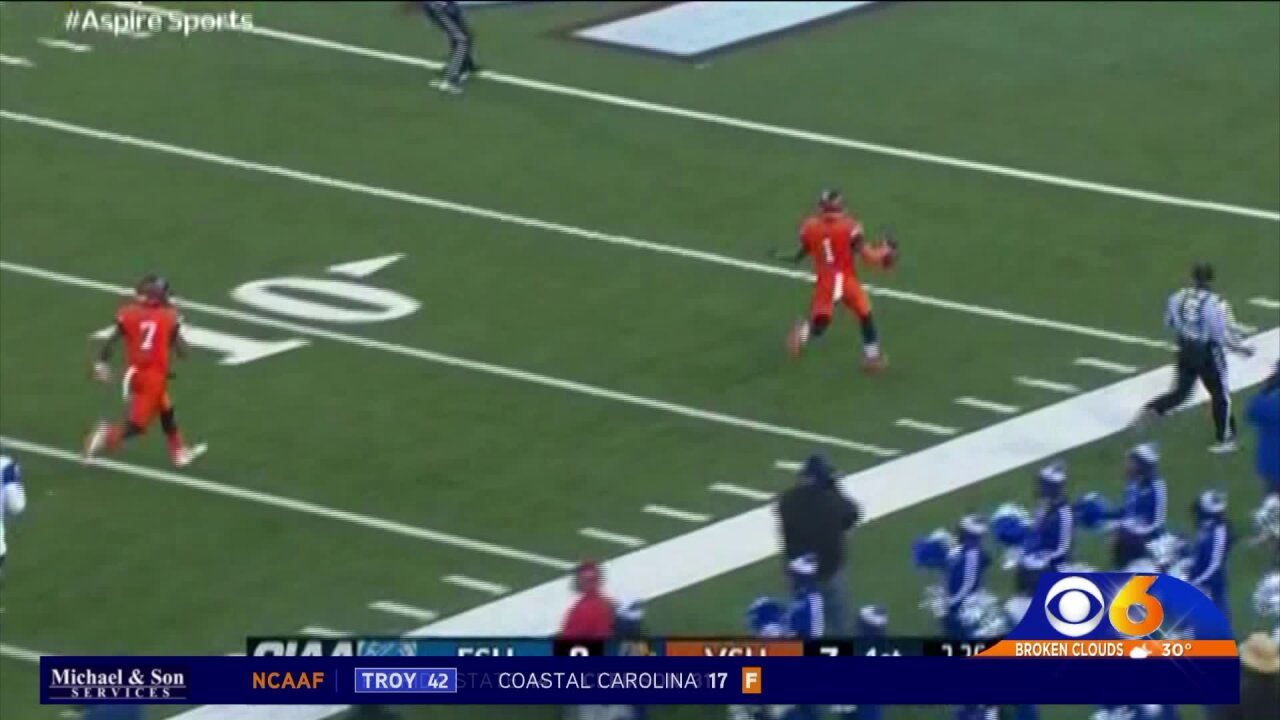 Virginia Tech lost their second straight, 28-22 to Georgia Tech.  It's the first time the Hokies have dropped two in a row to the Yellow Jackets since joining the ACC.

UVA still have not in Louisville as they fell to the Cardinals 38-21.  The Cavaliers had just 115 yards of offense in the second half as they were outscored 21-7 after the break.

The Richmond Spiders fell at JMU 20-13 on a Trai Sharp seven yard touchdown run with less than 45 seconds left in the game.  Four of the Spiders five losses this year have come by one possession.

William and Mary lost to Towson 26-14.  The Tribe have lost seven straight for the first time since 1975.

Virginia State won their first CIAA conference title since 2014 after they beat Fayetteville State 42-19.  Conference Player of the Year, Trent Cannon, rushed for 186 yards and three touchdowns for the Trojans who clinched their 1st 10 win season in school history.

Randolph Macon got five touchdowns from running back Eric Hoy as they won "The Game" for the fourth straight year, 56-28 over Hampden-Sydney.

In High School Playoff action, Thomas Jefferson, hosting their first playoff game in 50 years, beat Armstrong 13-12 for their first ever postseason win.  The Vikings scored on a blocked punt with less than five minutes left in the fourth quarter.  They will host Culpeper County in the next round.

Collegiate advanced to the VISAA State final for the second straight year after they defeated St. Christopher's 21-7.  The Cougars will play Flint Hill in the Championship game next Saturday.