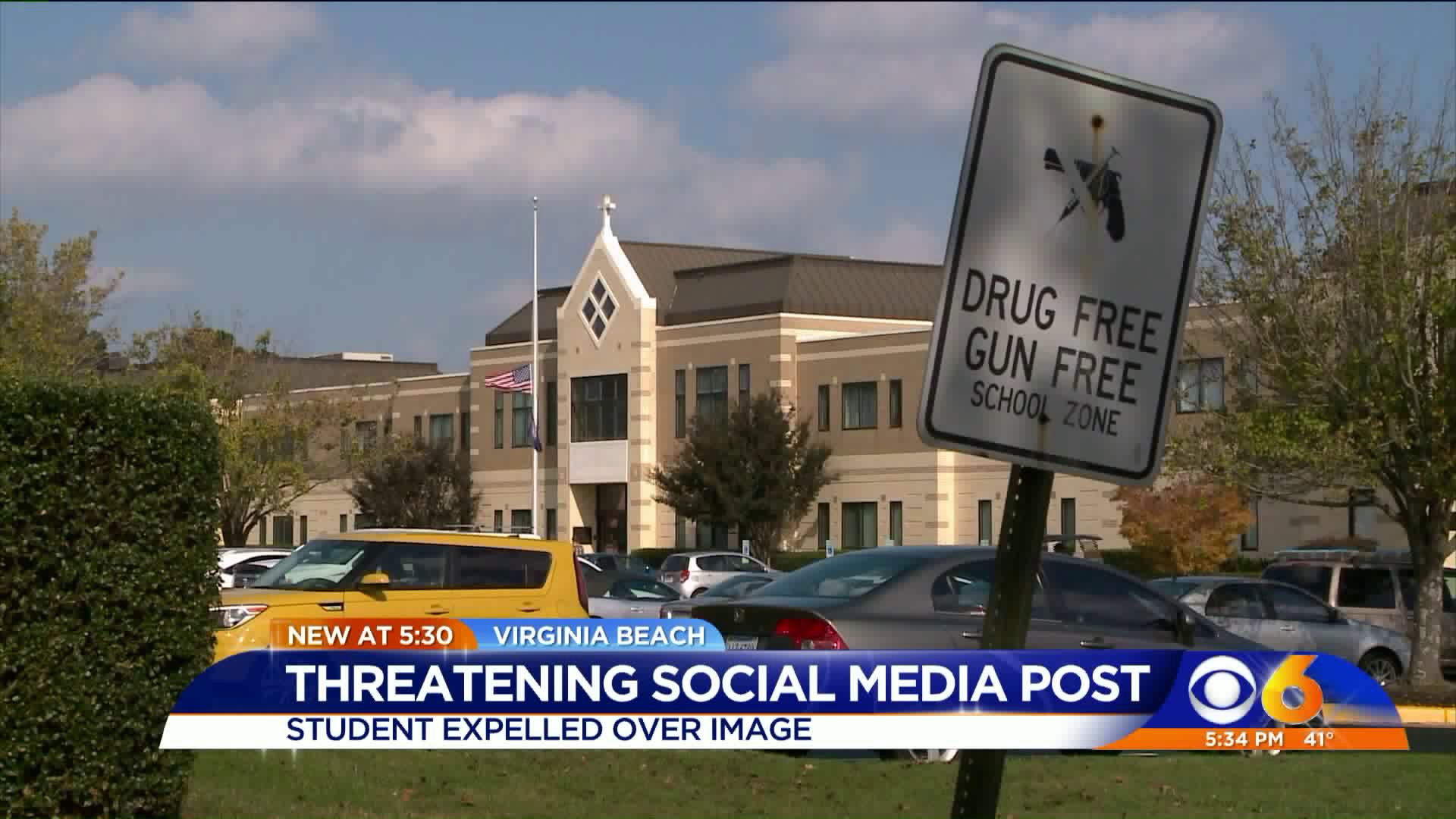 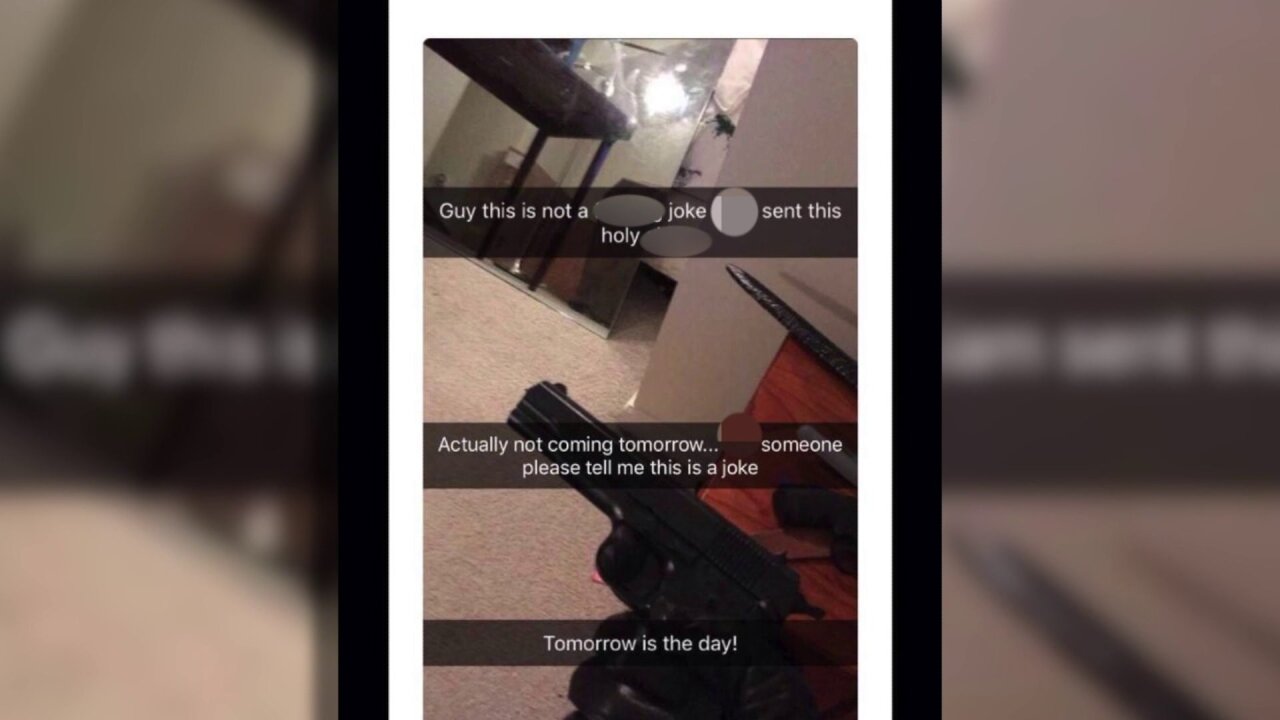 The Bishop Sullivan Catholic High School student allegedly sent a photo of what appears to be a gun with the caption, “Tomorrow is the day” and "This is not a joke. I am coming tomorrow."

The photo, sent through Snapchat, shows a gloved hand holding an airsoft gun with the orange tip removed.

After the photo was sent to peers, it was eventually sent to school staff.

Detectives suggested the student did not intend to harm anyone, but are still investigating if charges are warranted.

In a press release sent out by Fallon he said “Our students’ and faculty/staff safety is a priority. Any potential threat, be it perceived, assumed, or actual, will be responded to with swift actions that enhance the security and safety of all.”