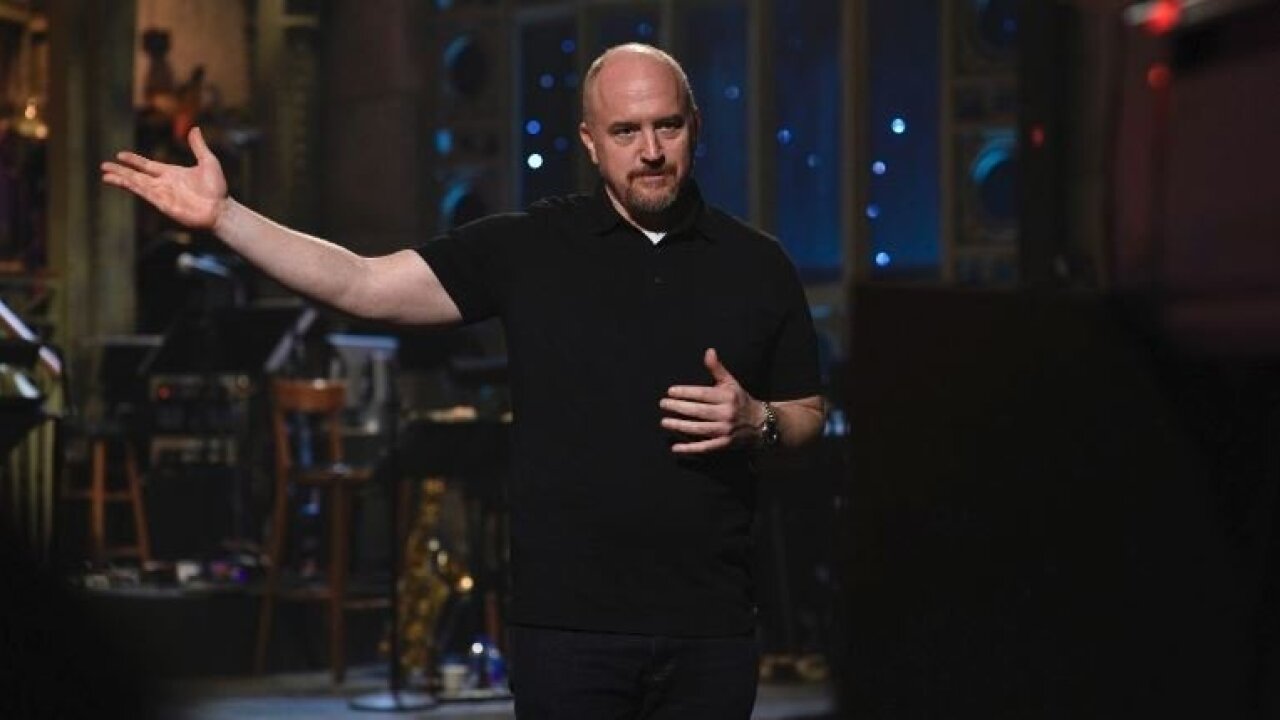 Comedic actor Louis C.K. became embroiled in a sex scandal on when the New York Times published a report with allegations from five women. **This image is for use with this specific article only**

NEW YORK — Comedic actor Louis C.K. became the latest actor embroiled in a sex scandal on Thursday when the New York Times published a report with allegations from five women.

Comedy duo, Dana Min Goodman and Julia Wolov alleged that in 2002, C.K. exposed himself to them after inviting them to hang out in his hotel room.

CNN has not confirmed the women’s stories independently and has reached out to representatives for C.K. for comment. His publicist Lewis Kay told the Times that the comedian “is not going to answer any questions.”

It’s not the first time there has been talk in the press about C.K. and inappropriate behavior.

In 2015, Gawker published a story titled “Louis C.K. Will Call You Up to Talk About His Alleged Sexual Misconduct,” which included allegations that the comic exposed himself and masturbated in front of female comedians who were not named in the story.

A year later, Roseanne Barr told the Daily Beast she was aware of the stories about C.K.’s alleged behavior.

In August comic Tig Notaro talked to the Daily Beast about C.K., who serves as executive producer of her Amazon series, “One Mississippi.”

She sought to distance herself and her series — which included a storyline about sexual assault — from C.K.

“It’s frustrating, because he has nothing to do with the show,” Notaro said.

The premiere for Louis C.K.’s new film, “I Love You, Daddy” was abruptly canceled on Thursday

“Due to unexpected circumstances, tonight’s event for ‘I Love You, Daddy’ has been cancelled,” the film’s production company, The Orchard, said in a statement.

The New York premiere was set to take place at the Paris Theatre.

C.K. wrote, directed, financed and starred in the dramedy about a TV writer-producer attempting to put the breaks on a burgeoning relationship between his under aged daughter, played by Chloe Grace Moretz and a 68-year-old filmmaker played by the actor John Malkovich.

The film stirred controversy in September after it premiered at the Toronto International Film Festival for its dialogue, which included the liberal use of “the n-word” and child rape jokes as well as the seeming semblance to sex abuse allegations against filmmaker Woody Allen.

Allen’s adopted daughter Dylan Farrow has accused him of molesting her as a child. Allen has denied the allegations.

“Woody is an ingredient, along with a whole other generation of dudes who used to go up and down the age line a lot more easily,” C.K. told The Hollywood Reporter in September. “I grew up with that. [Allen’s 1979 comedy] Manhattan is a movie I saw as a kid, and I was like, ‘OK, that’s what people do.'”

C.K.’s appearance on CBS’ “The Late Show with Stephen Colbert” was also nixed. The comedian was set to appear on the Thursday show but was replaced by William H. Macy on Wednesday evening.