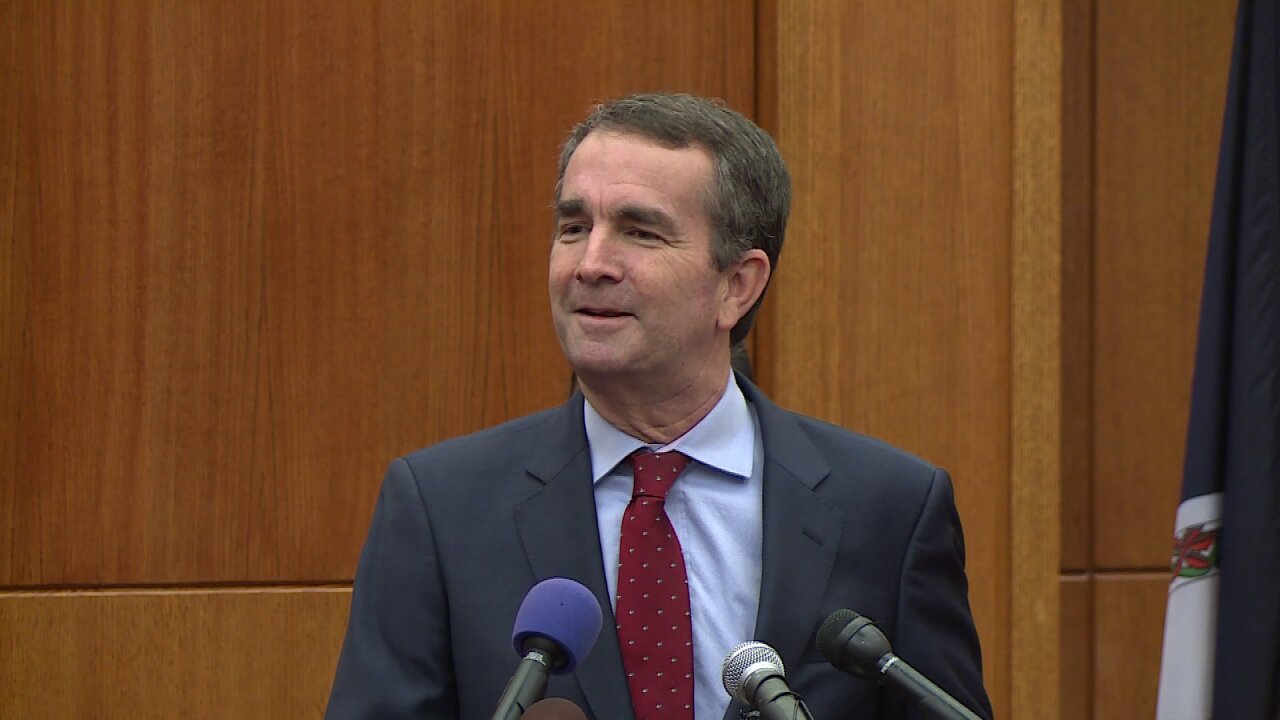 RICHMOND, Va. -- One day after his decisive election night victory, Governor-elect Ralph Northam said he is working to develop his transition team to prepare to become the 73rd Governor of Virginia.

Northam said he aims to be a Governor for all Virginians regardless of their political affiliation, citing his work as a state senator as evidence of his commitment to unity.

"I look forward to earning the respect and trust of those who perhaps weren't on our team, but we're here to do what's in the best interest of Virginia. And I hope to bring everybody onto that team," Northam said.

Speaking in the West Reading Room of the Patrick Henry building, the Governor-elect laid out some what he said will become his administration's top priorities.

The pediatric neurologist said he will work to increase access to healthcare for Virginians statewide, and hinted that like his predecessor, he will urge the Republican controlled chambers of the General Assembly to expand Medicaid under the Affordable Care Act.

For several years, Governor Terry McAuliffe had pushed to expand the federal program, but Republican legislators have resisted expansion saying Virginia would be on the hook of the cost if federal fund stopped.

Northam said his team would work on gun control in the wake of the latest mass shootings in America. Working to slow the effects of climate change in the Commonwealth was another priority, Northam said. The Eastern Shore native said anyone who still questions whether climate change is real can "come and visit" him in his hometown.

On the economy, Northam said his team would work to lift rural parts of the state where Virginians have not seen the same economic growth of the more populous, urban regions. Similar to a promise made on the campaign trail, Northam said they would work to make community college and technical school more affordable.

Northam performed well in the urban areas of Virginia, but Gillespie won wide swaths of the less populous regions of the state.

"As you may be able to tell by the way I speak, I am from rural Virginia, and we need to lift all of Virginia up," the Governor-elect said.

Poltical analysts and officials from both major parties have said the democratic sweep of Virginia statewide offices was a direct response to President Trump's first year in office. Northam was asked about that theory.

"I think what this message was yesterday that Virginia sent not only to this country but to this world is that the divisiveness, the hatred, the bigotry, the politics that is tearing this country apart, that's not the United States of America that people love," he said.

Later in the day, Northam and his wife, Pam, had lunch with Virignia's current Governor Terry McAuliffe and First Lady Dorothy McAuliffe.

The current occupants of the Executive Mansion welcomed the Northams to their new home. Governor McAuliffe also cleared up one burning mystery: what will happen to the "kegorator" that has been in the mansion the past four years?

"I did purchase that myself, but I'll make a decision. I'll leave that for the Governor," McAuliffe said with a laugh, adding that he will take the engraved tap handle with him.