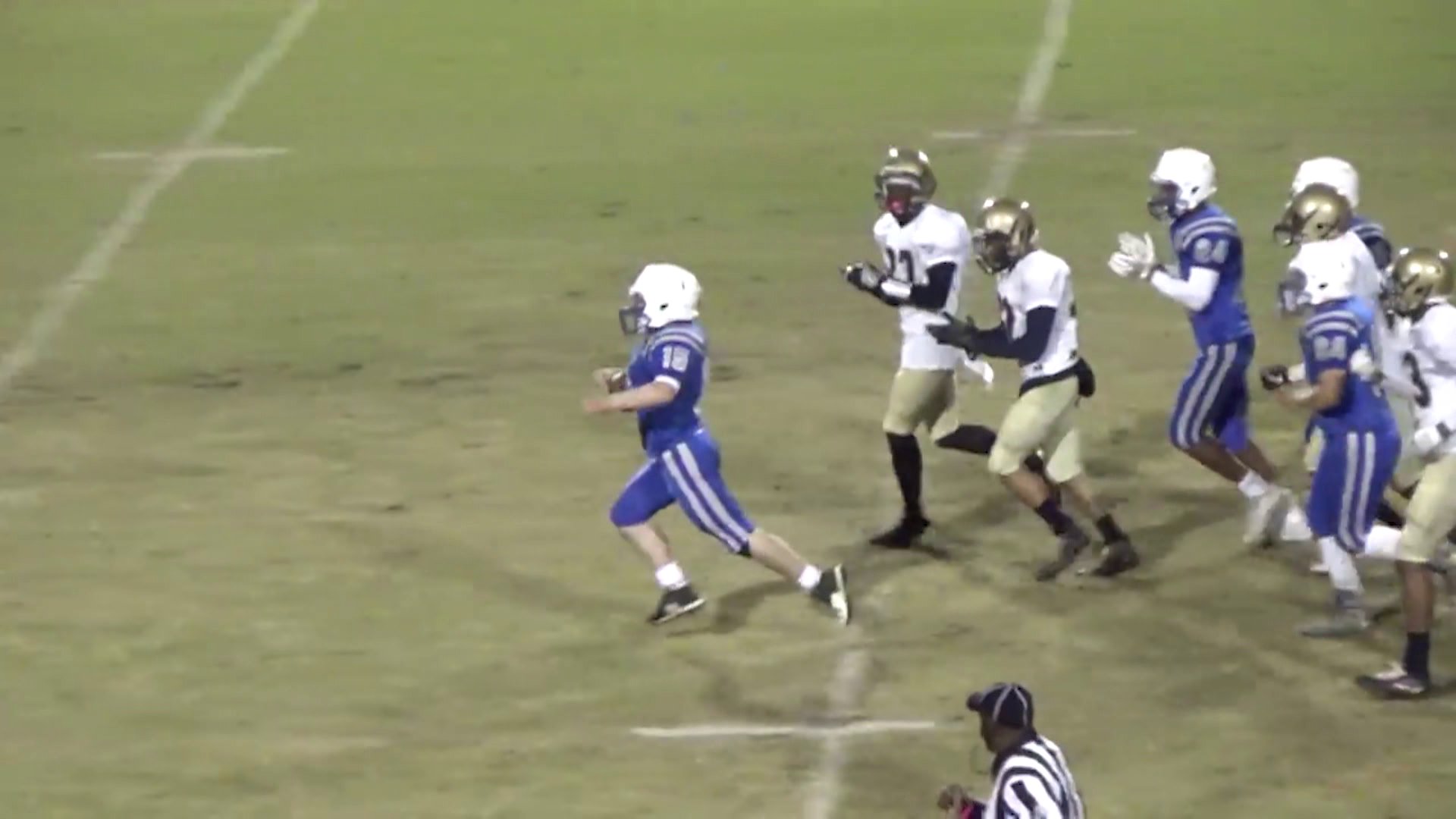 MECHANICSVILLE, Va. --  Like most American teenage boys, Sepp Shirey's love of football came at an early age, and never left.

"When I was six, I got Madden for Christmas on the Wii," Sepp said.  "I played it a lot. It really got me into football. I would watch it more on TV, I would play it more. It piqued my interest."

And it wasn't long before the sport did more than hold his attention. It started to inspire him to do things he had never done before.

Born with cerebral palsy, football was the vehicle that connected Sepp with his friends and pushed him to push himself.

"They said, 'Mr. Shirey, come quick! Sepp's walking,'" said Sepp's father, Hunter. "I walked out front and he was taking steps. He had ditched his walker and he was walking in the front yard chasing someone carrying a football."

Football also helped Sepp meet one of his childhood idols. Tim Tebow came to a football camp at William and Mary that Sepp attended, and the two have remained in contact through Tebow's Wish 15 foundation. That's part of the reason Sepp wears that number today.

"He's a guy, his achievements aside, that I admire just for the way he does things," Sepp explained. "His spirit, his effort, how much he cares about the game. It was surreal."

Shirey has taken a page from his idol's playbook in inspirational moments. As the minutes wound down during senior night at Atlee, and with the game no longer in doubt, Head Coach Matt Gray decided that Sepp, who has appeared in games before, should also have one last moment on his home field, but with very little notice.

"Not until about 30 seconds before I went out there," Sepp said.

"As much as I'd like to tell you it was this preconceived idea and we had this huge, elaborate plan, it was really one of those things that, right now is probably the right time. Let's go, let's do it" said Gray.

The original plan was for Sepp to carry the ball against Varina for a few yards before being tackled by two-hand touch.

"However, my dad overheard that plan and said, 'No, let them hit. Let them hit him,' Sepp said.

But even that idea, unbeknownst to almost everyone on and off the field, was scrapped just a few steps into Sepp's run. The game had been full of some trash talk back and forth until Sepp started moving, and caught the attention of one defender in particular.

"I looked in his eyes when he was running," said Taesean Crutchfield, a Varina linebacker. "I looked at him, I was clapping him on. I just wanted him to score because I knew it would be a good feeling for him."

Crutchfield told his teammates to let Shirey go as far as he could, and that's exactly what happened.

"I looked pretty consistent throughout the run, but there was about three times where I was this close to going over," Sepp said. "Once I got to the 20, I had no energy left in my legs."

The play covered 80 yards, much farther than Sepp thought was possible.

"I've maybe walked further distances, but definitely not at that speed," he said. "I definitely surprised myself."

"I was like, 'Dang! Is this really going on?'" Crutchfield recalled.  "I could feel it inside. I don't know why, but I loved him as a person because he's got more heart than anybody."

"I looked back at his dad and his dad is teared up and he comes and gives me this big hug," Gray added. "It was just, our kids and...I was like, that's the best thing that's happened to us all year. And what a powerful moment."

"I turned and looked at our coaching staff and our players, I know there weren't many dry eyes in that stadium," Varina head coach Stu Brown, who was unaware of what his player was doing at first, said. "To watch our kids make that decision and to escort him into that end zone knowing that's the dream of a lifetime. It meant everything."

"Once I collapsed into the end zone, a bunch of their players were, along with my teammates, were right there to help me up," Sepp added.  "That really struck me as, wow, that's really cool."

"The fact that I fulfilled a dream that I've had forever -- of scoring a touchdown and crossing the goal line -- is incredible," Sepp said.

Sepp would like to pursue a career in sports journalism next year in college, perhaps at the University of Alabama. Crutchfield and the Blue Devils will continue their season into the playoffs.

Watch for Lane Casadonte's "Beyond the Roster" features Thursdays on CBS 6 News at 11 p.m. and on WTVR.com. Click here for more "Beyond the Roster."  If you would like to nominate someone to be profiled, email beyondtheroster@wtvr.com