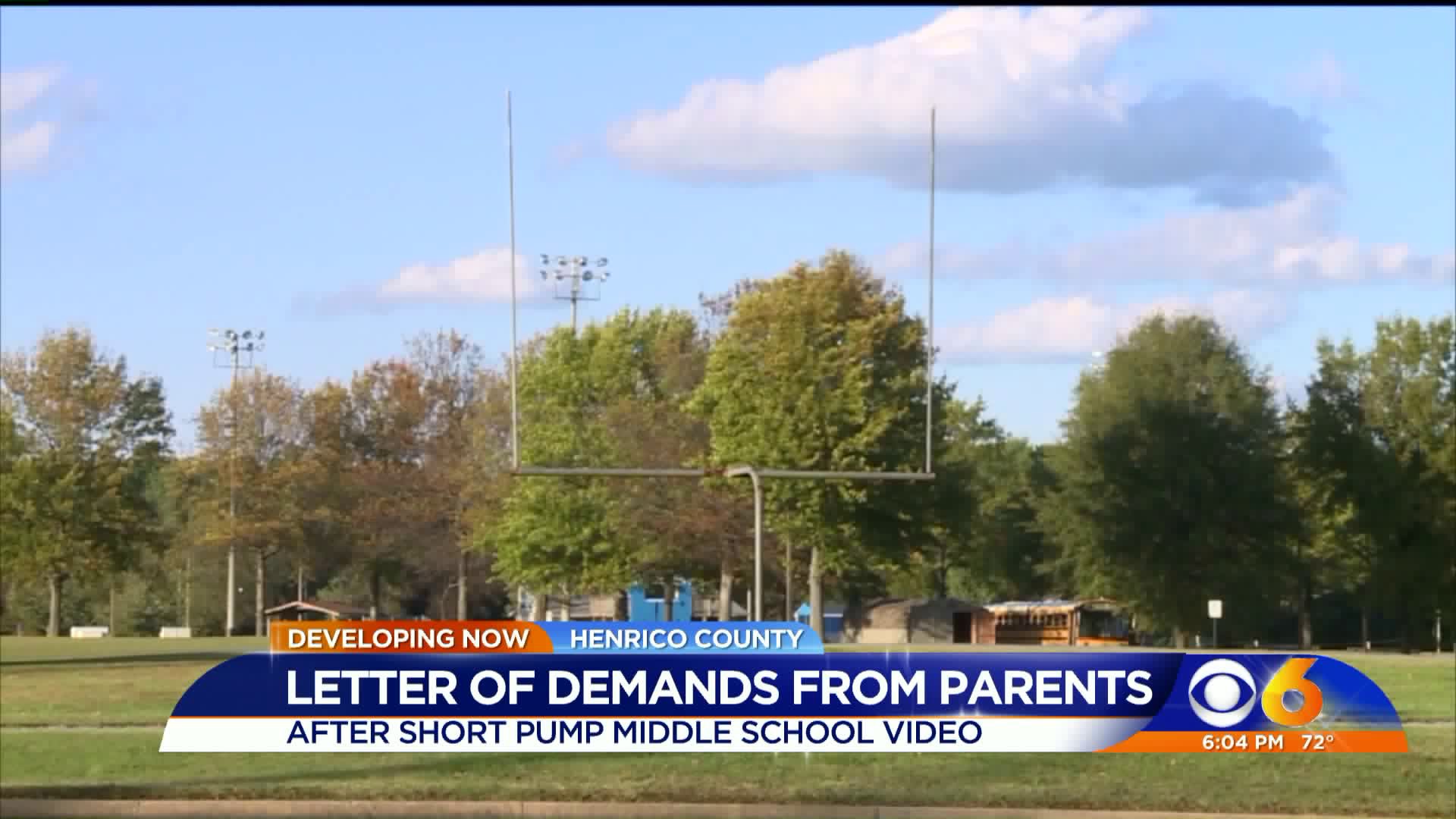 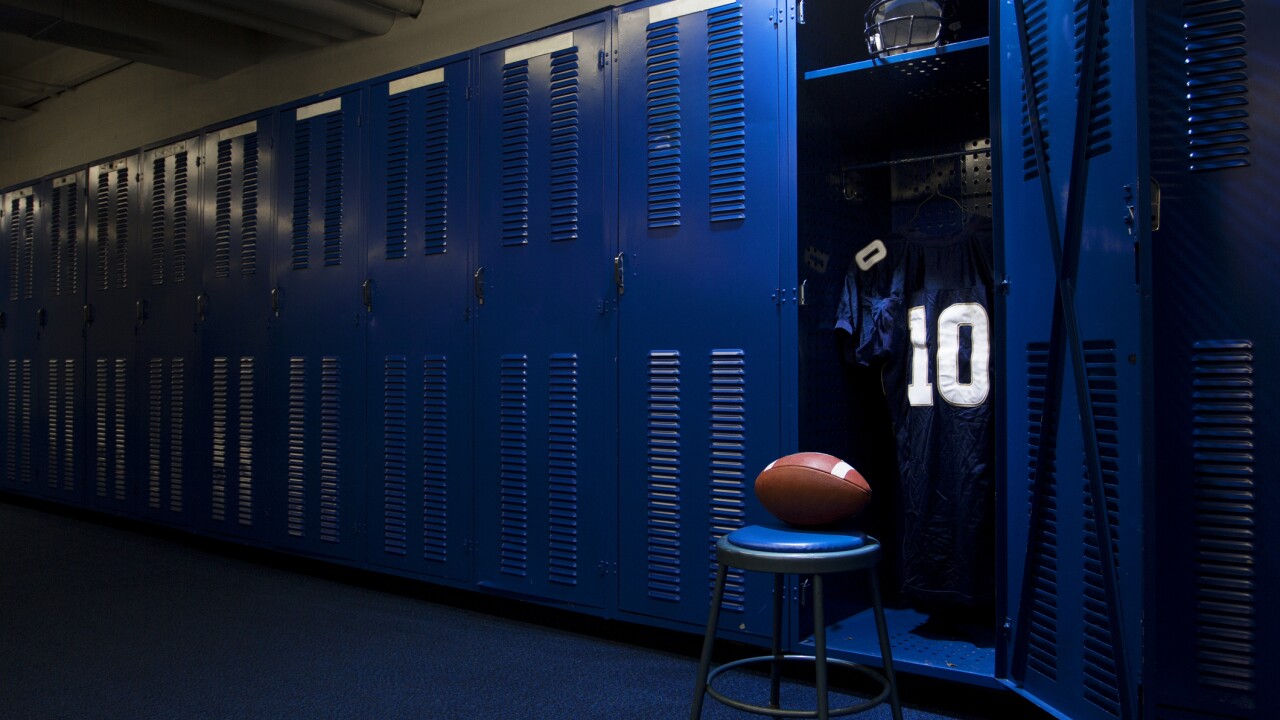 HENRICO, Va. -- Several parents of kids on the Short Pump Middle School football team said their kids are scared to be at school, and they are demanding the Henrico School Board take various corrective actions by Wednesday.

"When I saw today that my son is scared to be at the school and he feels like the school is not protecting him, I feel I failed him by moving him to this school district," one parent who asked us to conceal their identity said.

The parent is worried about her Don's well-being after backlash from a disturbing video filmed in the boy's locker room at Short Pump Middle School.

"There are threats being written by adults about targeting certain races because of this," the parent said.

The parent said her son had nothing to do with the video, but he is on the football team.

She asked CBS 6 to conceal her identity so she could speak freely about her concerns regarding the Henrico School System's response to the video.

"We are being told that we're raising our children horribly, but the school never told us any of this was going on, and without knowing what's going on how can we correct the behaviors? How do we know what our children are doing if the school does not tell us?" the parent asked.

Shortly after the video made it into the public arena, the school board announced the team would forfeit the rest of its games, but continue to practice and undergo sensitivity training.

"This was a horrible event, it was absolutely horrible what happened, but we want to be a part of the solution," the parent said.

The parent and others said they want to be included in the action plan for addressing the problem. They also want to ensure there is always adult supervision in locker rooms, and make clarifying statements to the public to remove ambiguity from their response to the situation.

"These behaviors are pervasive, and we need to make sure we are looking at the complete picture as to what happened," the parent said.

Parents will have the opportunity to speak directly to school leaders at 7 p.m. Wednesday, Oct. 25 at the Short Pump Middle School Auditorium.

School Board Member Micky Ogburn will facilitate a discussion that includes the superintendent, school staff and central office administrators.