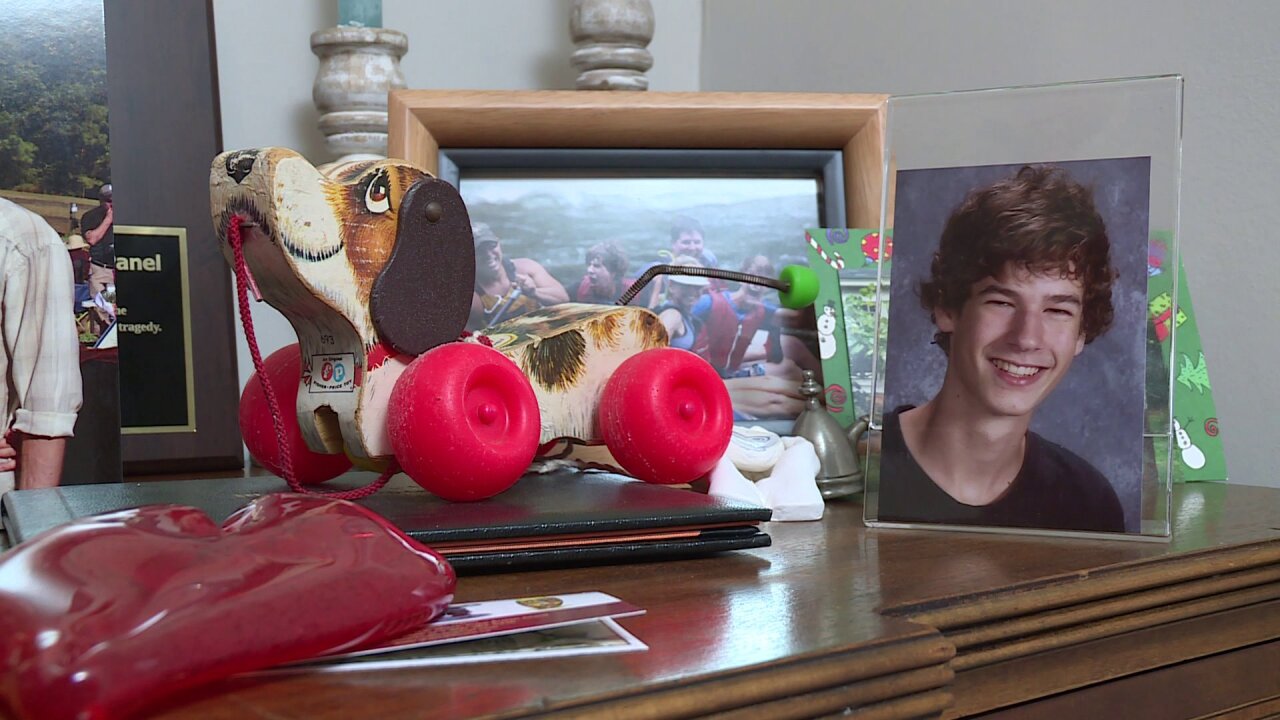 CHESTERFIELD COUNTY, Va. -- The mother of a Cosby High school student who committed suicide two years ago, returned to his Chesterfield school to help other families learn from her tragedy.

“I’m going to be walking in the same halls he walked and not only that, standing on the stage where he performed,” said Rogers. “It hit me, boy that’s really full circle.”

Anne Moss Rogers cherishes what she has left of her son Charles.

“What I have left of my child fits in a box so you have to carry them with you in your heart,” said Rogers.

Her heart was forever changed after a visit from police June 5, 2015.

“My husband gets a call on the phone and he says the Richmond police are at our home in Chesterfield County,” said Rogers. “They tell me that they found Charles dead in an apartment on Monument avenue. The guy said he died by hanging and I couldn’t react, I couldn’t react. I was so overwhelmed,” she added.

“Charles was the funniest, most popular kid in school,” said Rogers. “He was charismatic, fun, the last person you would ever think would die by suicide.”

Charles died by suicide after years of being treated for depression, anxiety and addiction.

“Mental health, addiction and suicide are all so closely related and nobody had ever mentioned that association. It just wasn’t on my radar because nobody talks about it that’s what I want to change,” said Rogers.

Which is what brought her back to Cosby High School Wednesday night. Rogers was a guest speaker at a presentation sponsored by the school’s counseling department called “Minding Our Teen’s Mindfulness.”  It’s part of a suicide prevention campaign that runs through November 18.

She shared her story with a room full of parents and offered advice on staying connected to their children and the signs she missed.

“I really want them to connect with each other and to provide emotional support for each other and have a conversation and not hide behind the stigma,” said Rogers.

On the day of their son's death, Rogers and her husband made a pledge.

“I was going to start a new chapter of my own life that day,” she explained. “It can’t be the last chapter of my life. I was never going to be the same after that, you’re broken, you’re broken for life, but you can move forward and I was determined to do so,” she added.

As president of the Beacon Tree Foundation, a mental health advocacy group, Rogers continues to shine a light on the dark subject.

She now urges teens to reach out when they’re hurting and wants them to know they should not feel ashamed of suffering from an illness of the brain.