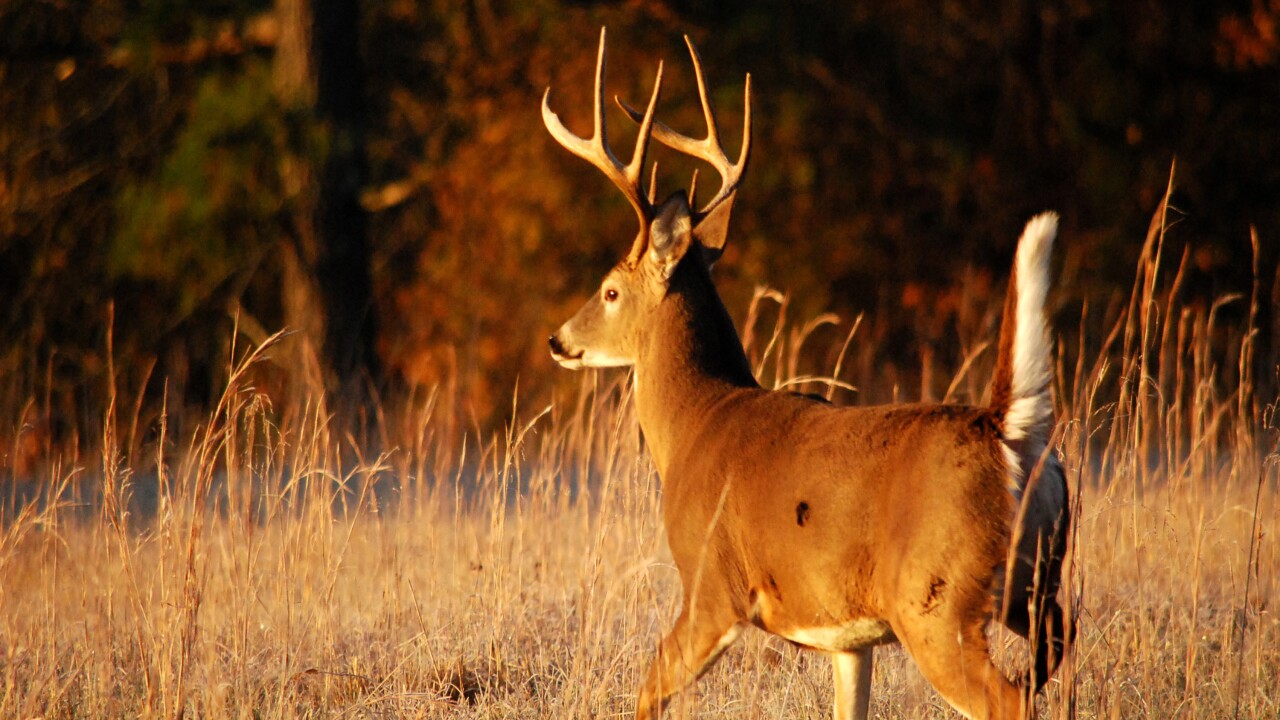 A whitetail deer buck prances through a meadow in autumn.

RICHMOND, Va. — A deadly virus has killed more than 100 deer in southwest Virginia, the Department of Game and Inland Fisheries (DGIF) reported.

To date, DGIF has received “reports of more than 150 deer dying from suspected cases of hemorrhagic disease (HD).” The report are focused in the southwest portion of the state.

“Hemorrhagic disease is a common infectious disease of white-tailed deer, and outbreaks occur annually in the Southeast, although historically it has been rare in the western part of Virginia,” a DGIF spokesperson said. “Outbreaks are characterized by otherwise healthy looking deer being found dead or dying near or in the water during late summer and early fall.”

The current Virginia outbreak is part of a larger outbreak also reported along the Appalachian Mountains from eastern Tennessee, Kentucky, West Virginia, and into Ohio and Pennsylvania.

“Hemorrhagic disease poses no threat to humans or domestic pets such as dogs and cats,” a DGIF spokesperson said. “No cases of blue tongue (a variant of HD which can cause illness in sheep) have been detected in Virginia.”

HD cannot be spread by direct contact between infected animals and not all deer with the disease will die. HD is a viral disease spread by biting flies (biting gnats). Outbreaks tend to last until the first frost of the season kills the flies.

HD is the most important infectious disease of white-tailed deer in the Southeast United States and in Virginia, and outbreaks occur almost every year.

How Is HD Spread?

HD is not spread by direct contact. It is transmitted by tiny biting flies in the genus Culicoides. These flies are commonly known as biting midges but are also called local names such as sand gnats, sand flies, no-see-ums and punkies.

When Does HD Occur?

HD typically occurs from mid-August through October, and this seasonality is related to the abundance of the biting midges. The onset of freezing weather, which stops the midges, brings a sudden end to HD outbreaks. How the viruses persist through the winter when midges are not active is not clear.

What Are The Signs Of HD?

Outward signs in live deer depend partly on the virulence (potency) of the virus and duration of infection. Many affected deer appear normal or show only mild signs of illness. When illness occurs, the signs change as the disease progresses. Initially animals may be depressed, feverish, have a swollen head, neck, tongue, or eyelids, or have difficulty breathing. With highly virulent strains of the virus, deer may die within 1 to 3 days. More often, deer survive longer and may become lame, lose their appetite, or reduce their activity.

Dead or dying deer found near water in late summer or early fall are a common characteristic of an HD outbreak.