School closings and delays in Central Virginia
Heroes Among Us

Chief Durham has 5-year-old protégé: ‘You can be whatever you want’ 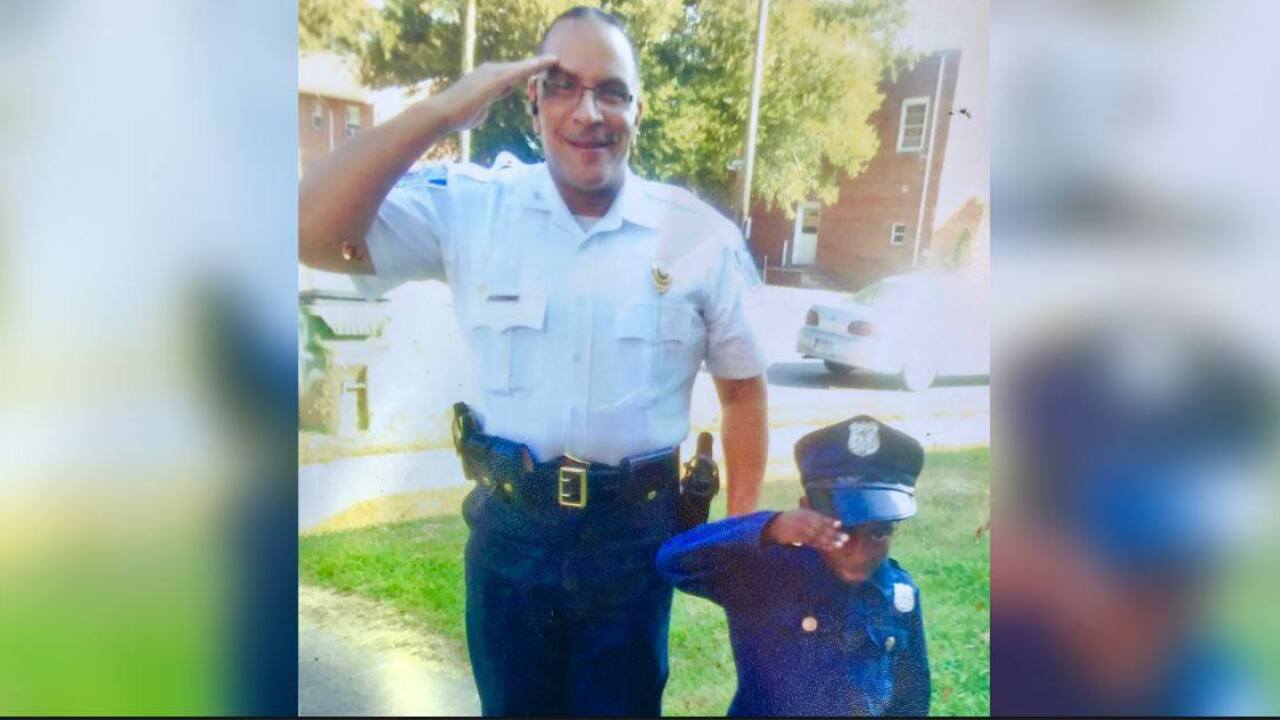 RICHMOND, Va. -- It’s not very hard to find Deandare Davis in a crowd; he’s usually the one dressed in a blue police uniform. The rambunctious five-year-old is obsessed with police officers and dreams of wearing a real badge.

“My police costume. It has a badge on it,” says Deandare. “I’m happy.”

Last year Deandare got the surprise of his lifetime.

“We were sitting out her on the porch and the police car went by,” says Deandare’s mother, Sylvia Davis.

A police cruiser was rolling through their Gilpin Court neighborhood.

“I was outside. He went driving by. And I started waving. He went to the parking lot and turned around and he came,” says Deandare.

The officer inside was none other than Richmond’s Chief of Police, Alfred Durham.

“The next thing I know is that he comes out in a police uniform. I said, ‘that is my man right there.’”

“It was cool,” says Deandare.

The pair posed for pictures and bid farewell. But little did they know it would be the start of a friendship. Since then the chief has taken Deandare shopping and to lunch.

A highlight for Deandare is sitting in the Chief’s police cruiser.

“He is a man with dignity and respect. He has compassion for people and children,” says Sylvia.

The chief says what’s most important is dropping by just to say “Hi”.

Chief Durham says a small sacrifice goes a long way especially for little ones in certain neighborhoods where children don’t have as many opportunities.

“A lot of children in our city do not have the opportunity to be children,” Durham said. “They see and hear things that no child should experience.”

“For me and not only me because there are other officers who do the same thing,” he continued. “But having the opportunity to have someone appreciate you and look up to you; that means a lot.”

“His father is not in his life. So, by the chief coming in and talking to him and taking him places it means a lot,” Sylvia said.

Durham says his relationship with Deandare will only grow stronger.

“To be in a young boy’s life and be someone he can look up too. And wants to be a police officer. Well, I’m going to follow him. I may not be the chief of police but I’m going to make sure he gets on the Richmond Police Department one day.”

The Chief and his protégé and a lifelong partnership in blue.

“You have a child who wants to look up to law enforcement. We got to grab them by the hand and say ‘You know what? You can be whatever you want to be in life,’” says Chief Durham.

Chief Durham’s generosity is not limited to just Deandare. He also purchased Christmas gifts for Deandare’s cousins and aunts and mother.

The Chief says there are many officers on his department who are showing the same love and compassion to the people they serve and protect.

If you would like to nominate someone to be featured on “Heroes Among Us,” click here to email heroes@wtvr.com.