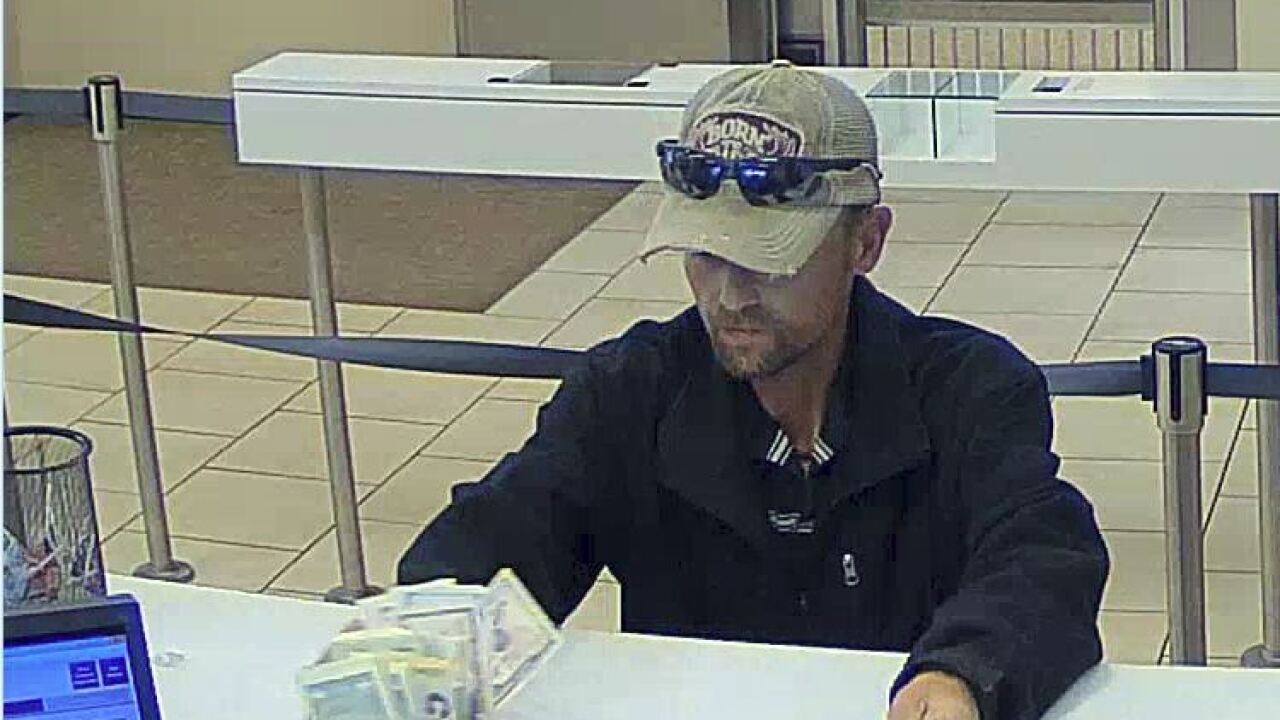 RICHMOND, Va. — Police are asking for the public’s help to identify the suspect in a Wells Fargo robbery in Richmond’s Forest Hill neighborhood Tuesday afternoon.

Police said around 3:25 p.m. officers were called to the Wells Fargo, located at 7119 Forest Hill Avenue, for a bank robbery.

“The suspect entered the bank and after pacing around the lobby for a few minutes, approached a teller with a note demanding money,” said a Richmond Police spokesperson. “The teller complied and handed the suspect a plastic bag with cash. The suspect then fled the scene on foot.”

At the time of the robbery is was seen wearing a tan baseball hat with a red patch, a dark necklace with light-colored shells, a dark-colored pullover sweater with a zipper, a dark polo with white stripes underneath, blue denim jeans, and white sneakers with a dark stripe, and sunglasses.

Anyone with information about this incident is asked to call Third Precinct Detective Ryan Nixon at (804) 646-1165 or contact Crime Stoppers at 780-1000 or at http://www.7801000.com. Both Crime Stoppers contacts are anonymous.