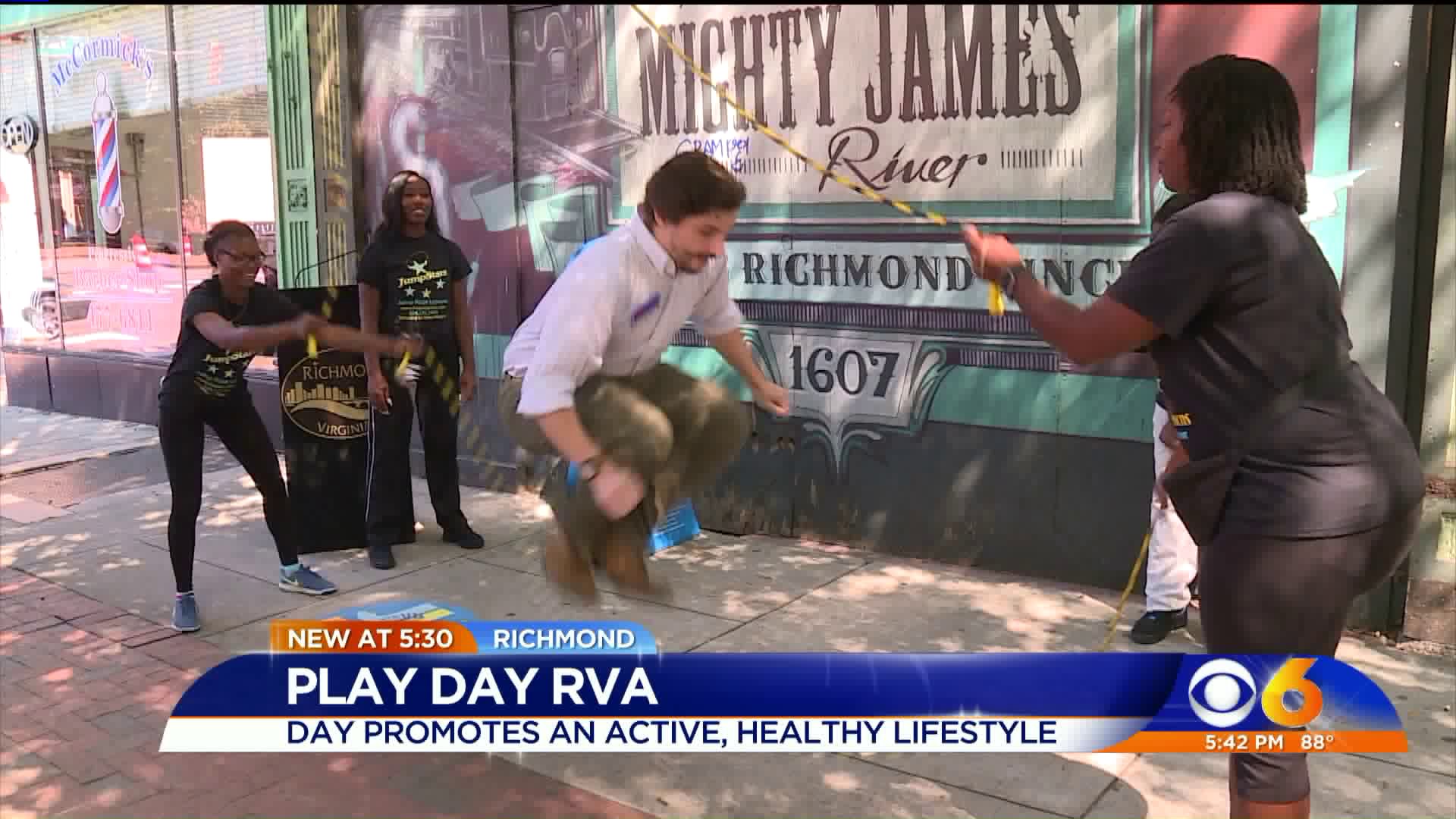 Stoney was among a number of city leaders who took part in "Play Day RVA," an initiative to keep kids, families and communities active, playing and healthy.

The mayor also announced five new "UpSwing" jump rope stations that will be added around the city.

“These jump rope stations are a great addition to our city streets, and we’re very excited to celebrate their installation,” Stoney said. “They add more opportunities for physical activity on a regular basis and I’m looking forward to seeing the many ways that residents of all ages will take advantage of them.”

The project started when Sports Backers was awarded KaBoom's "Play Everywhere Challenge" grant which aims to create opportunities for play in city neighborhoods.

“Play does not always have to happen at a playground," KaBoom’s Senior Program Manager Naudy Martinez said. "The UpSwing stations put play right on the sidewalk for families to stop and enjoy on their way to other destinations.”

Sports Backers partnered with the VCU da Vinci Center and the city to design and install the stations.

Early station prototypes, which were tested by children in the spring, helped VCU da Vinci Center designers settle on the current stations.

Councilwoman Kimberly Gray, along with representatives from Sports Backers, the Capital Region Collaborative, JumpStarz, and KaBoom, also attended the event.